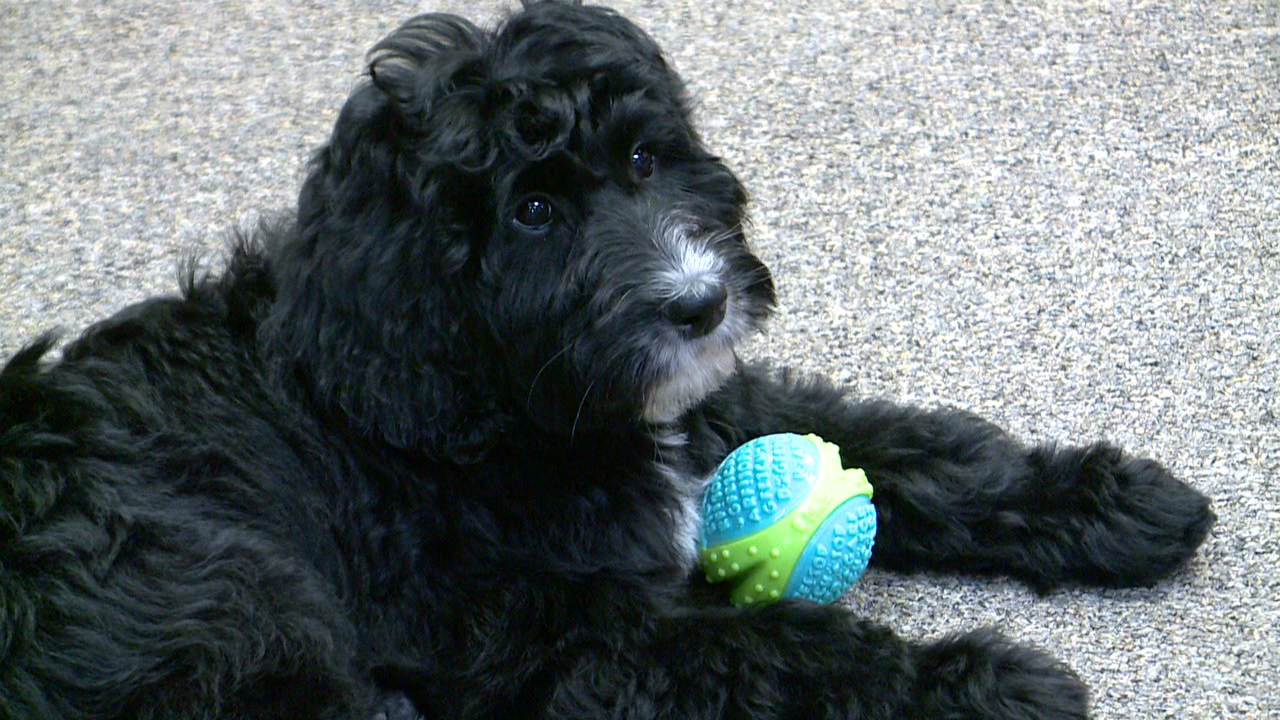 Copyright 2020 Scripps Media, Inc. All rights reserved. This material may not be published, broadcast, rewritten, or redistributed.
FOX 17

GRAND RAPIDS, Mich. — An emergency medical response company in Grand Rapids has added an emotional support dog to its staff.

American Medical Response welcomed 11-week-old Hope to its staff this week to help employees and others deal with stress. The golden doodle will go through 10 months to a year of training where she will learn to console people who are distressed.

“Our medics have a very stressful job, and this is a minor thing that we can do to help take care of our people that take care of our community,” said Carl Hartman, AMR operations supervisor.

The process to get Hope to West Michigan started in October as a way for the company to give back to its employees, especially after they have been back from a difficult scene.

“When these stressful events happen, it’s not always the best idea to introduce a dog at the scene, but immediately afterwards, we can be there,” Hartman said. “We can be at the hospital with the animal and have them have somebody to love on.”

After she is trained, Hope will go to AMR for shifts where she will find people who are stressed. Less than a week after getting to Grand Rapids, Hope’s services already benefited the company.

A medic had a violent encounter with a patient and Hartman brought her with him to the hospital after it was over. Hartman said it made it easier for the medic to talk about what happened.

“She was more excited to cuddle with the puppy than she was upset that we had to talk about a violent encounter that just happened,” Hartman said. “So, she was distracted while talking to me, and I got my information I needed, and she got to cuddle with Hope.”

Once Hope is finished training, she will be able to visit hospitals and facilities in West Michigan. She will also be deployable to areas in need of a therapy dog or conferences the company is a part of.