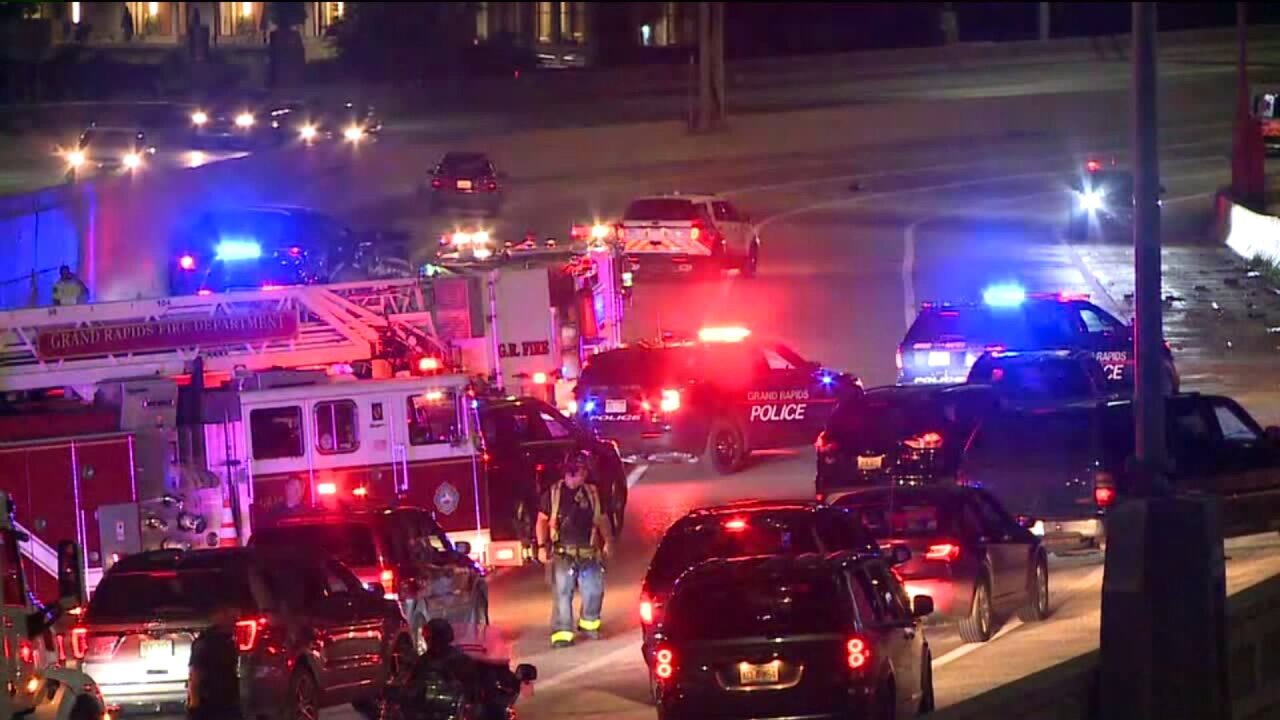 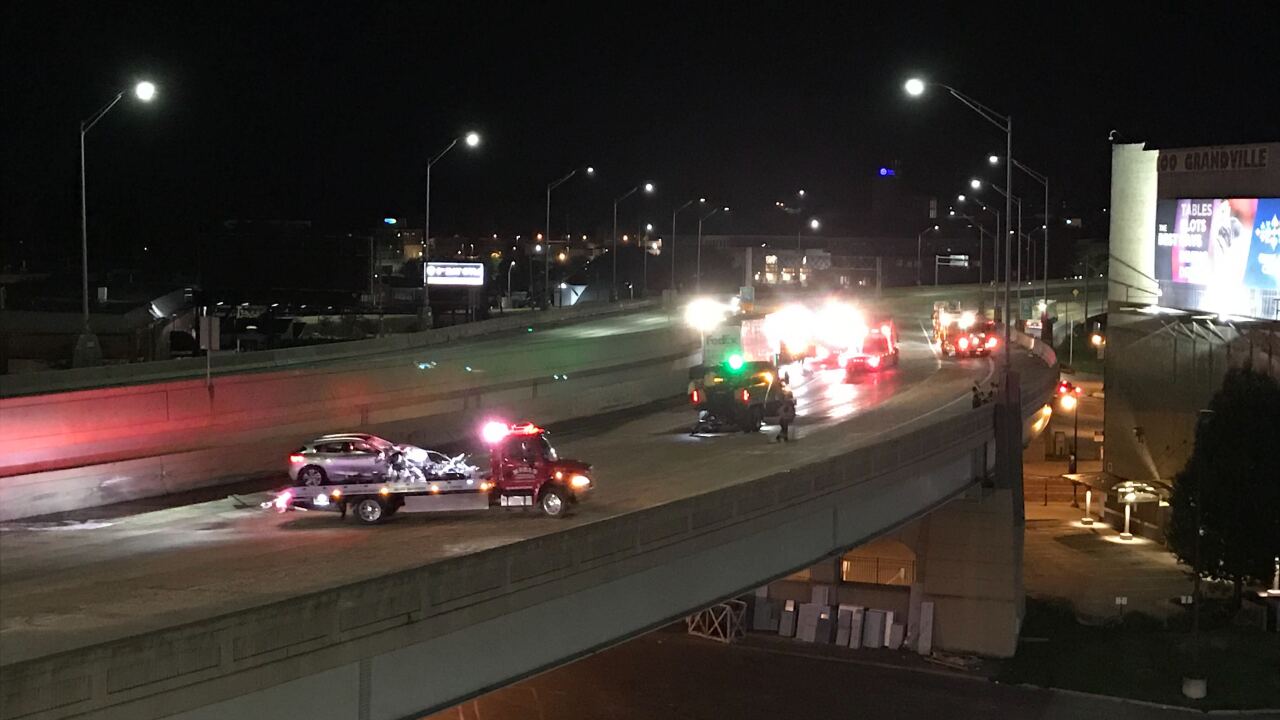 GRAND RAPIDS, Mich. — UPDATE- As of 8 a.m., all northbound lanes of US-131 have reopened following the two crashes overnight.

Police have closed northbound US-131 at Wealthy Street in Grand Rapids after a crash that sent one person to the hospital, according to Grand Rapids police.

The most recent crash happened just after 4:30 a.m. in the S-Curve of US-131 near Wealthy Street. We're told a driver lost control on the S-Curve and hit a car. The driver got out of the car and was struck and suffered serious injuries, according to police.

This comes just minutes after firefighters and police cleared the scene of a crash in that same spot between a FedEx semi and a car, both of which had heavy damage.

Police say that crash happened around 3:30 a.m. Tuesday morning when the driver of a car got on the highway driving the wrong way and crashed into the semi head-on. The driver of the car was arrested for operating while intoxicated. The driver of the semi was not seriously injured and got out of the cab before it caught fire.