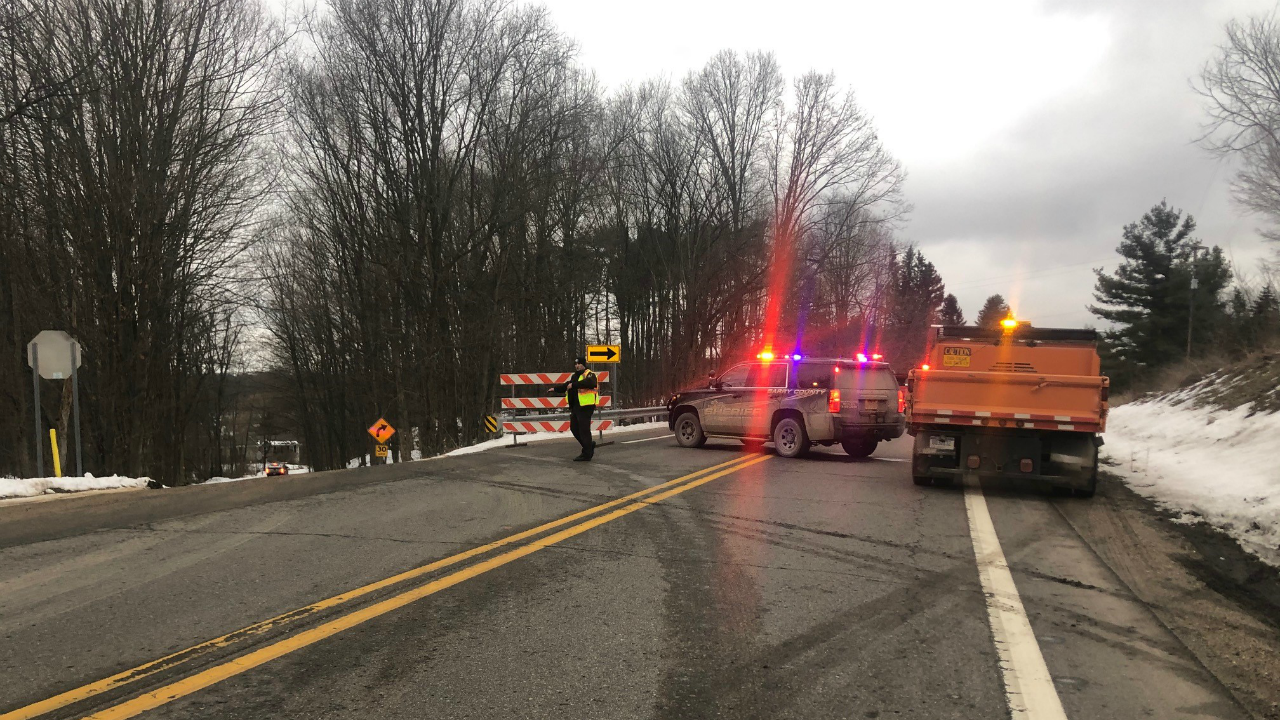 Copyright 2020 Scripps Media, Inc. All rights reserved. This material may not be published, broadcast, rewritten, or redistributed.
The scene of a crash on Jan. 28, 2020 in Baltimore Township, Mich.

BALTIMORE TOWNSHIP, Mich. — Authorities have identified a man who was killed Tuesday in a head-on crash south of Hastings.

The crash happened on M-37 at Whiskey Run drive in Baltimore Township. Authorities said 49-year-old Keith Stearns was going north on M-37 when he crossed the center line and caused a head-on crash.

Stearns was pronounced dead at the scene. A 20-year-old woman and 4-year-old child were taken to an area hospital by ambulance.