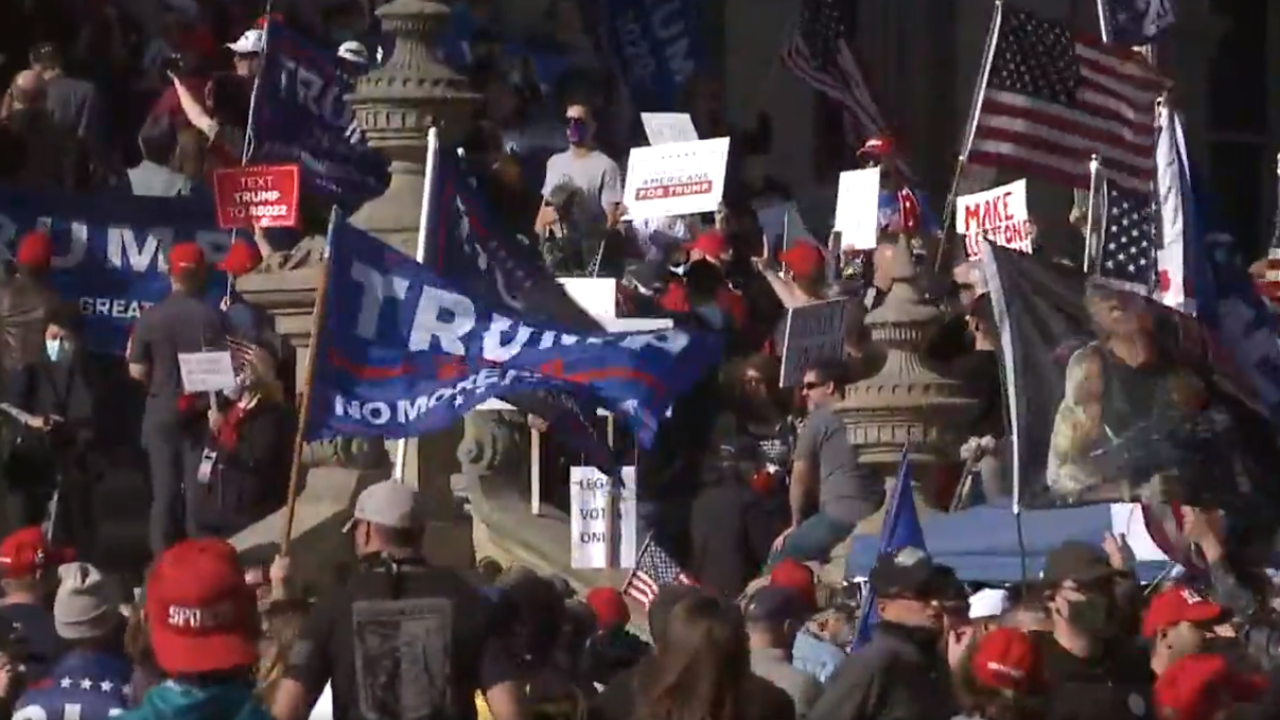 FOX 17.
A group assembles at the Capitol in Lansing for a pro-Trump rally.

LANSING, Mich. — A group of several hundred people gathered at the Michigan State Capitol today for a pro-Trump rally.

The Stop the Steal rally at the Capitol began before Joe Biden was projected by FOX News and the Associated Press to win the presidency.

The group continued their rally well after Biden was projected the winner and president-elect.

Our Angeline McCall said the crowd called for greater transparency in terms of elections and ballots, as well as a recount.