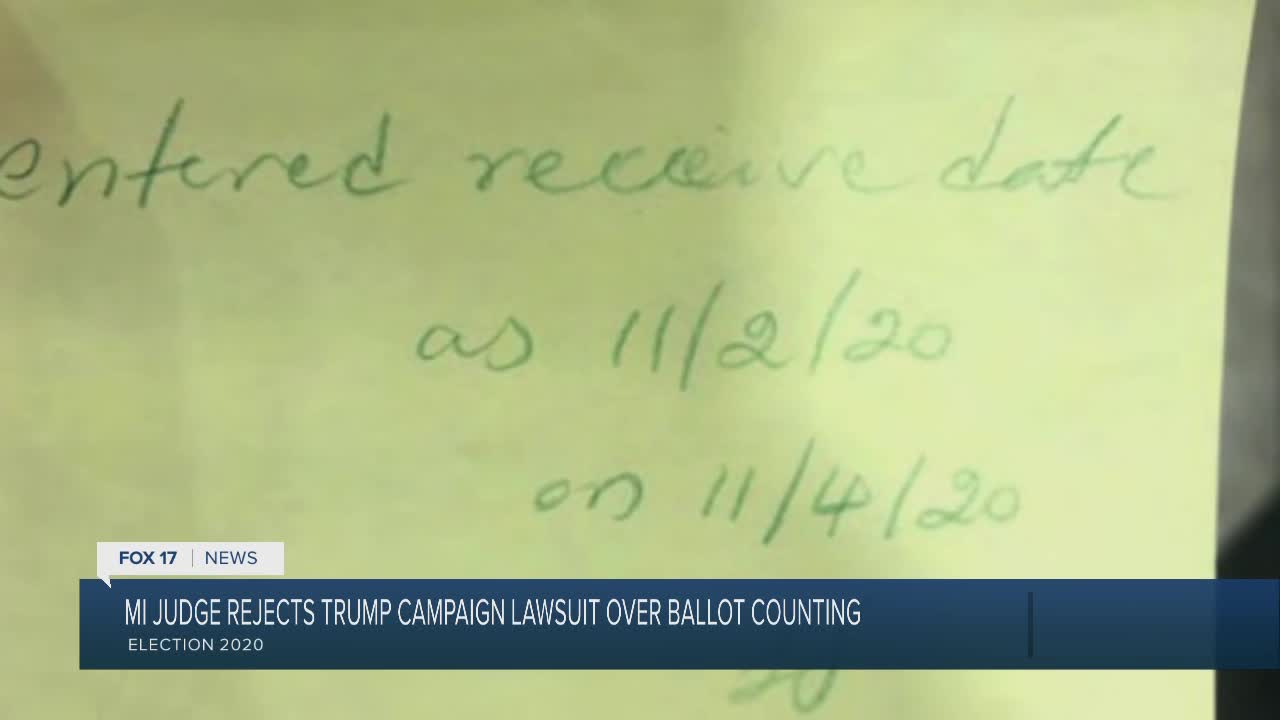 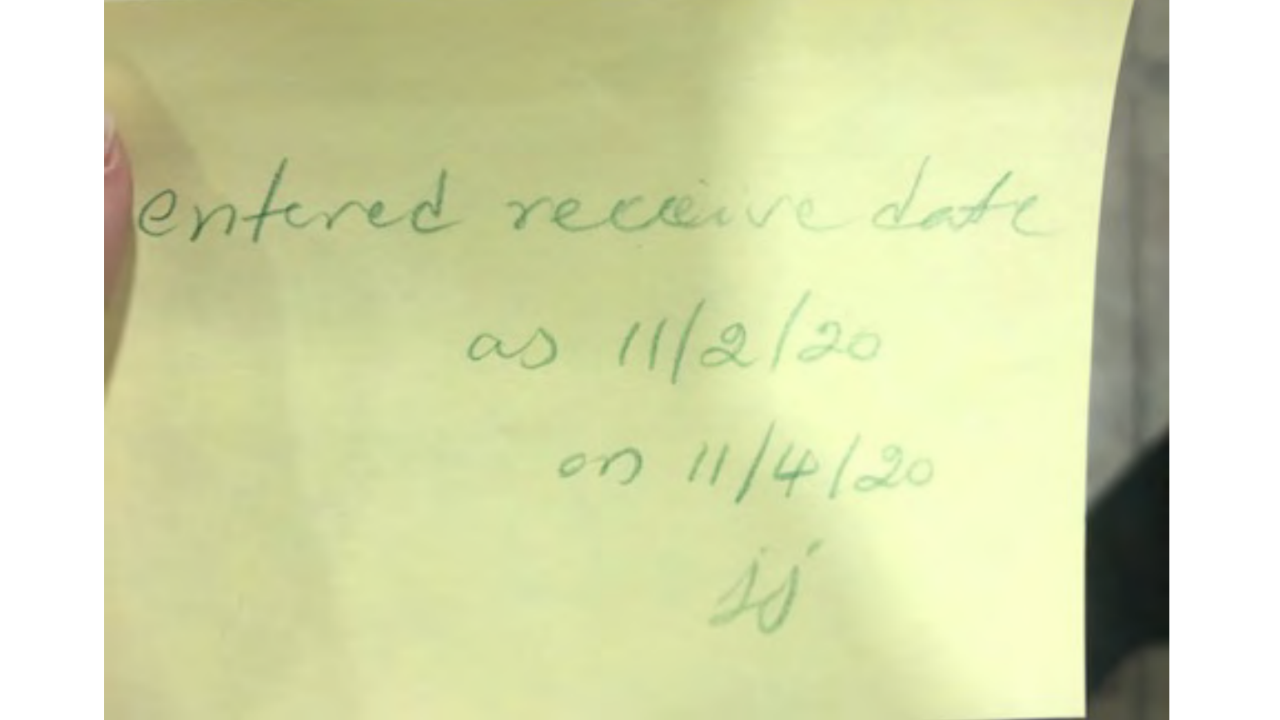 LANSING, Mich. — President Trump's legal team argued in the Michigan Court of Claims Thursday that Republican election challengers were denied "meaningful access" to the process of adjudicating disputed ballots. A judge ended up denying their requests.

The suit asks the court to grant them "meaningful access" to any adjudication processes that still remain in Michigan, as well as access to surveillance video of ballot drop boxes.

A suit was filed Wednesday on behalf of Donald J. Trump for President, Inc. and a man named Eric Ostergren, who says in the documents filed that he is a registered voter in Roscommon County and "credentialed and trained as an election challenger".

There were several concerns brought up by the plaintiff's legal team in court Thursday.

An attorney speaking on their behalf said that in addition to Ostergren being excluded from participating somewhere as an election challenger, they also allege that a woman named Jessica Connarn witnessed poll workers in Wayne County fraudulently changing the dates on absentee ballots.

Connarn said in a sworn affidavit filed with the court that she was working as a poll challenger for the Republican Party at the TCF Center in Detroit when she was approached by another Republican Poll Challenger who "was nearly in tears because she was being told by other hired poll workers at her table to change the date the ballot was received when entering ballots into the computer."

In the end, Judge Stephens denied the President's team's requests for relief.

Judge Stephens said that Secretary of State Jocelyn Benson already, "has issued directives... which indicated that meaningful access and an outline of each of the obligations and opportunities and responsibilities of poll watchers was elucidated, and that she has told the local elected officials to give people that access."

She noted that the lawsuit was filed at 4 p.m. Wednesday, "at which point the count had largely proceeded."
"As of this point, the essence of the count is completed , and the relief requested, other than the relied to observe the videotapes is completely unavailable," Judge Stephens said.

She denied their request for access to surveillance video of ballot drop boxes, saying, "I have no basis to find that there's a substantial likelihood of success on the merits as relates to this defendant, now am I convinced that there is a clear legal duty on the part of anyone who is properly before this court to manage the issue."

Judge Stephens said she expects to have an order out no later than Friday afternoon.

“There's a lack of specificity in that evidence to get to move a court to act, especially to act expeditiously and give equitable relief immediately," McDaniel said.

"When we've got an ongoing statewide process, you need a lot more factual circumstances to be spelled out than we saw in that lawsuit.”

He says we may see more legal challenges after the results are actually certified. At that point, he says, the losing candidate could request a recount of ballots.

“A lawsuit should remain for a showing of some sort of systemic irregularity or failure in the process itself. And again, we haven't seen any sign of that,” McDaniel said.

Read the full opinion from the court here.