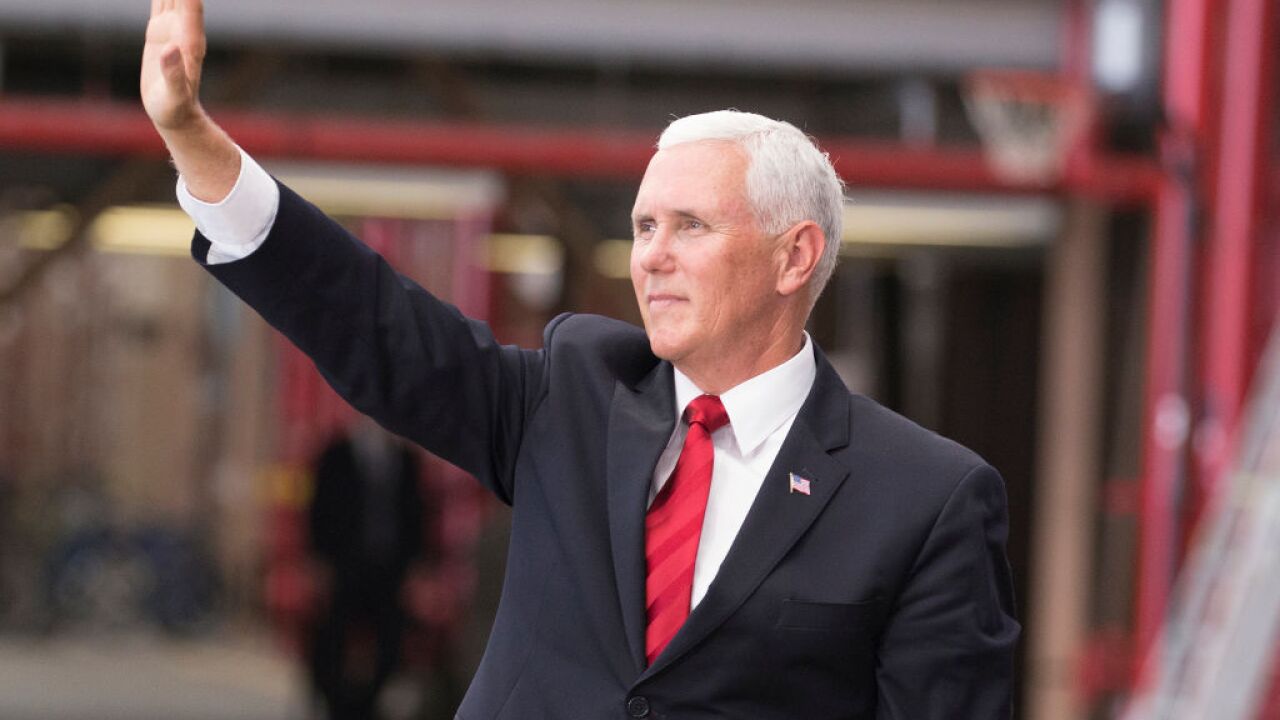 FLINT, Mich. — The race to election day is nearing an end, and both campaigns are hitting Michigan hard.

Vice President Mike Pence will be speaking in Flint on Wednesday, his second stop in Michigan in as many weeks.

Pence will speak at 7 p.m. at a Make American Great Again! Victory Rally at Flint Bishop Airport, just one day after President Donald Trump is speaking in Michigan.