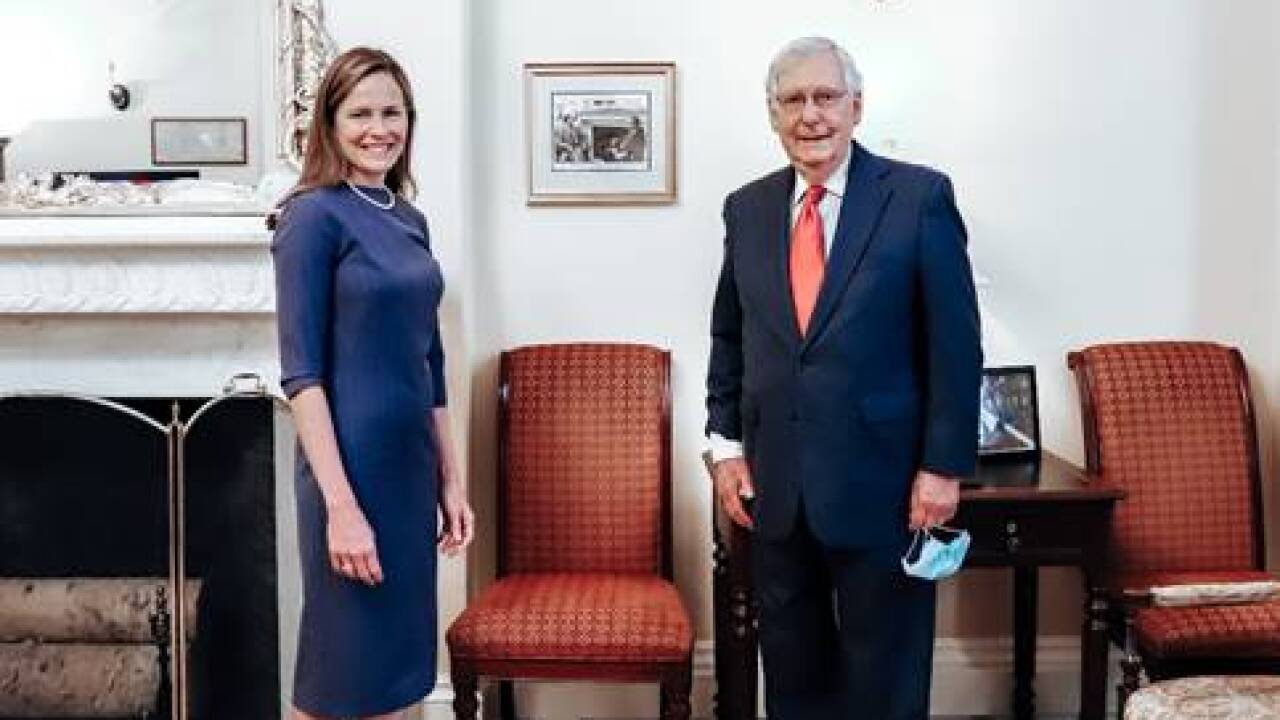 President Trump nominated Barrett as his nominee for the Supreme Court on Saturday evening. Barrett is currently serving on the 7th U.S. Circuit Court of Appeals and she spent several years as a professor at Notre Dame Law School, where she also earned her own law degree.

In remarks on the Senate floor, McConnell called Judge Barrett "brilliant," and "would bring welcome diversity on multiple fronts." He also said Barrett "could not be more fully qualified to serve on the Supreme Court."

At a campaign event on Saturday, Amy McGrath, McConnell's Democratic Senate challenger, criticized McConnell's push to confirm a nominee so close to an election, pointing to his own words from 2016.

"I don't think any senator should be voting on a Supreme Court nominee. I mean, look, Mitch McConnell said four years ago (to) let the people decide. We're in an election year. We're 38 days to go. People are already voting," said McGrath.

According to the Associated Press, confirmation hearings are expected to begin a few weeks before Election Day.

This article was written by WLEX.