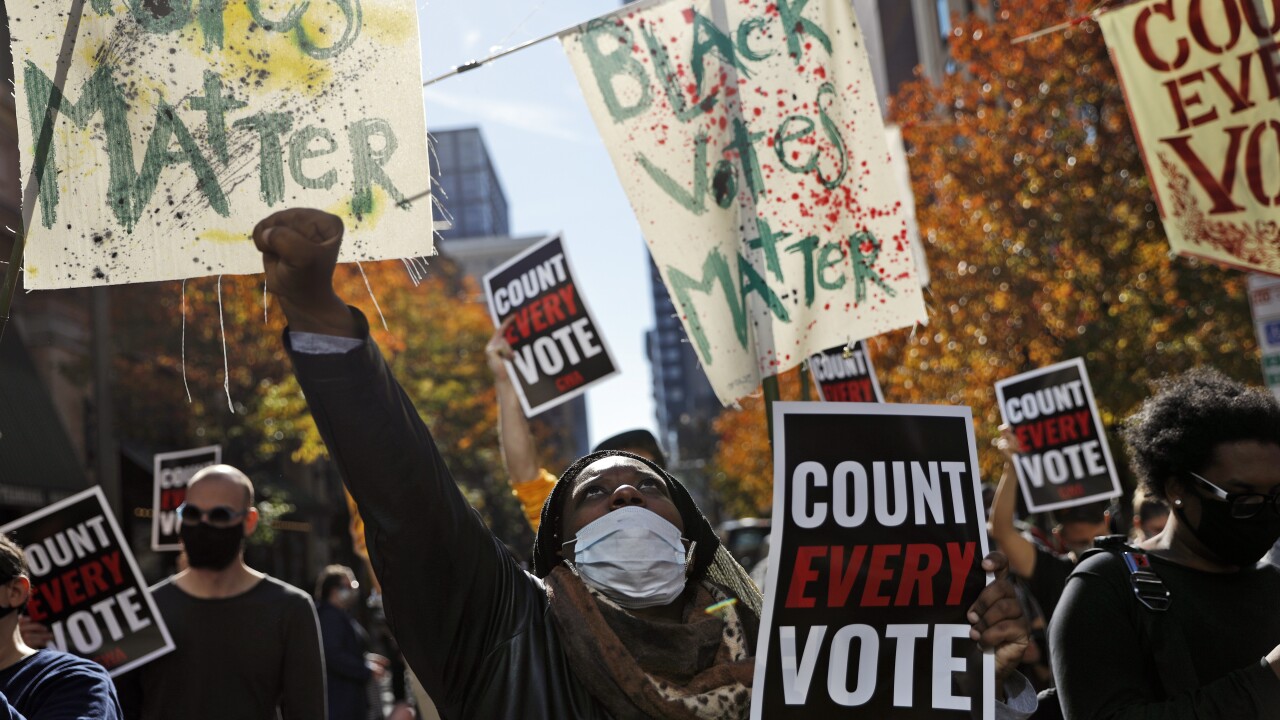 Rebecca Blackwell/AP
Zhanon Morales, 30, of Philadelphia, raises her fist as demonstrators call for all votes be counted during a rally outside the Pennsylvania Convention Center, Thursday, Nov. 5, 2020, in Philadelphia, as vote counting in the general election continues. (AP Photo/Rebecca Blackwell)

Election Election officials in several states say they are worried about the safety of their staffs amid a cascade of threats and protesters responding to President Donald Trump’s baseless insistence of widespread voter fraud in the race for the White House.

While the protests have not been violent or very large, local officials were exasperated and concerned by the relentless accusations.