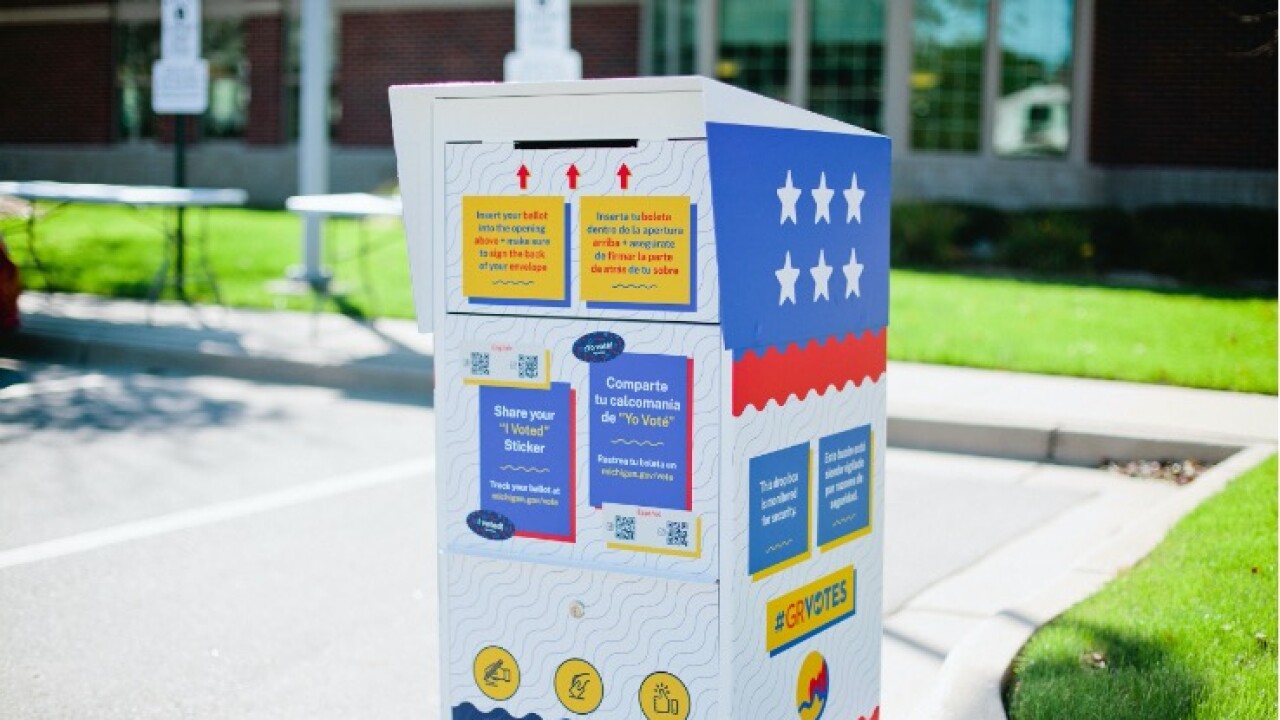 GRAND RAPIDS, Mich. — Voters in the City of Grand Rapids now have seven locations where they can drop off their absentee ballots for the November election.

A dropbox was already located at the Monroe Avenue lobby of City Hall. Since City Hall is only open 8 a.m. to 5 p.m. Monday through Friday, access to the box is only available during those hours. Parking is available in the Government Center ramp off Monroe and Ottawa.

The new boxes are all available 24 hours a day, seven days a week, and they are intended for use only by Grand Rapids city residents.

Four of the new drop boxes are mostly at Grand Rapids Public Libraries:

Two others are at these locations:

Applications for absentee ballots can be placed in the boxes as well.

The boxes will be monitored, and staff from the city clerk’s office will be picking up ballots and applications from the boxes several times a day. “This is a safe and secure way for voters to cast their absentee ballot,” City Clerk Joel Hondorp said in a release.

Tracking applications and ballots is becoming a norm these days, and Grand Rapids voters can track their ballots and applications through a website that also has the status of voter registration, polling locations, and sample ballots.

The city says the area's various clerks work together to make sure ballots get to the right place, in case the ballot or application on a non-resident ends up in a box by mistake.

Track your application or ballot