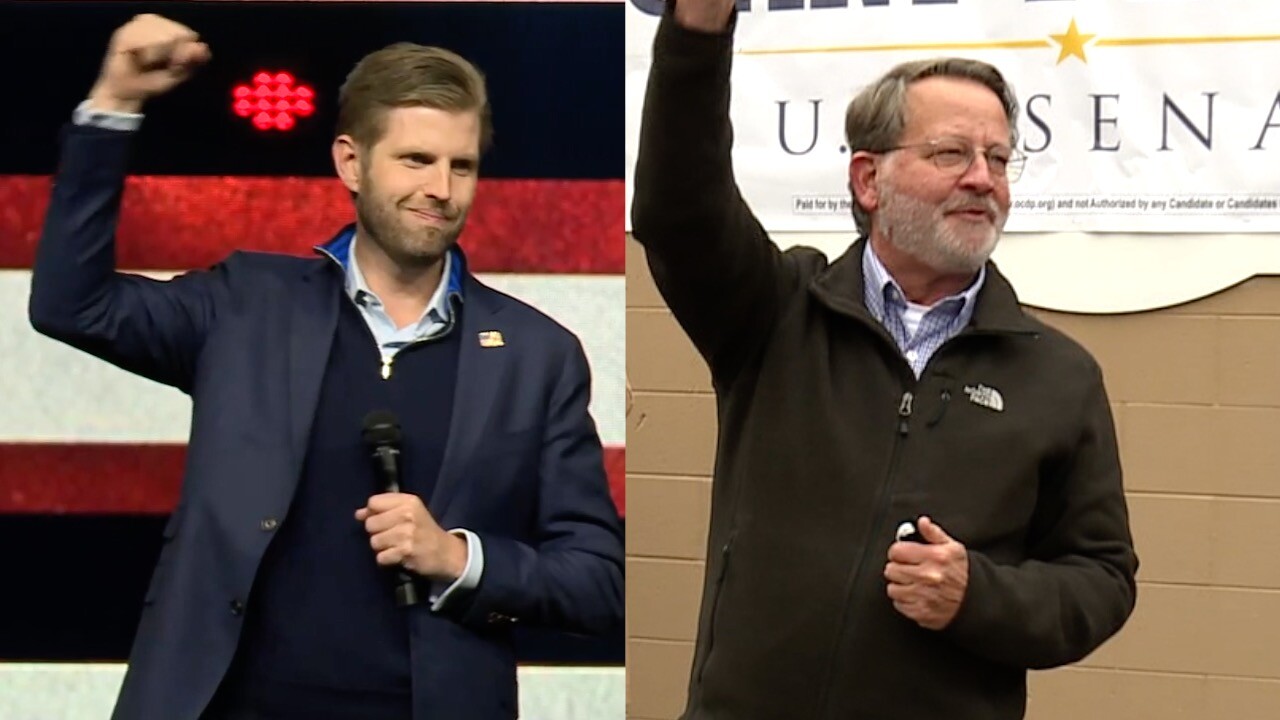 GRAND RAPIDS, Mich. — With just days until election day, the spotlight is shining bright on Michigan once again.

Both state and national campaigns continue making local stops in an effort to rally voters ahead of Tuesday.

“I think it’s safe to say it’s impossible to be President of the United States if you don’t win Michigan,” Senator Gary Peters, D-Michigan said to a crowd of supporters Thursday afternoon.

Both are in tight races against Republicans John James and Peter Meijer respectively, but they remain confident on what's to come Tuesday.

Also on Thursday night, down the road in Grandville, President Trump’s son Eric Trump took part in an “Evangelicals for Trump” event.

Hundreds at Res Life Church heard Trump tout his father’s plans for the economy and the latest numbers from the U.S. Commerce Department, which shows large economic growth over the last quarter.

“This morning they just announced a great number, I’m not sure if anybody saw it. 33.1% GDP growth,” Eric Trump asked.

“33.1% GDP growth, the greatest in the history of our country, that’s what my father wants. He wants prosperity for Americans, he wants wages to fly through the roof, he wants jobs to come back to the United States of America,” Trump added.

The president’s second eldest son is confident his dad can win Michigan once again.

If you want to watch more from either event, head to FOX 17's Facebook page.