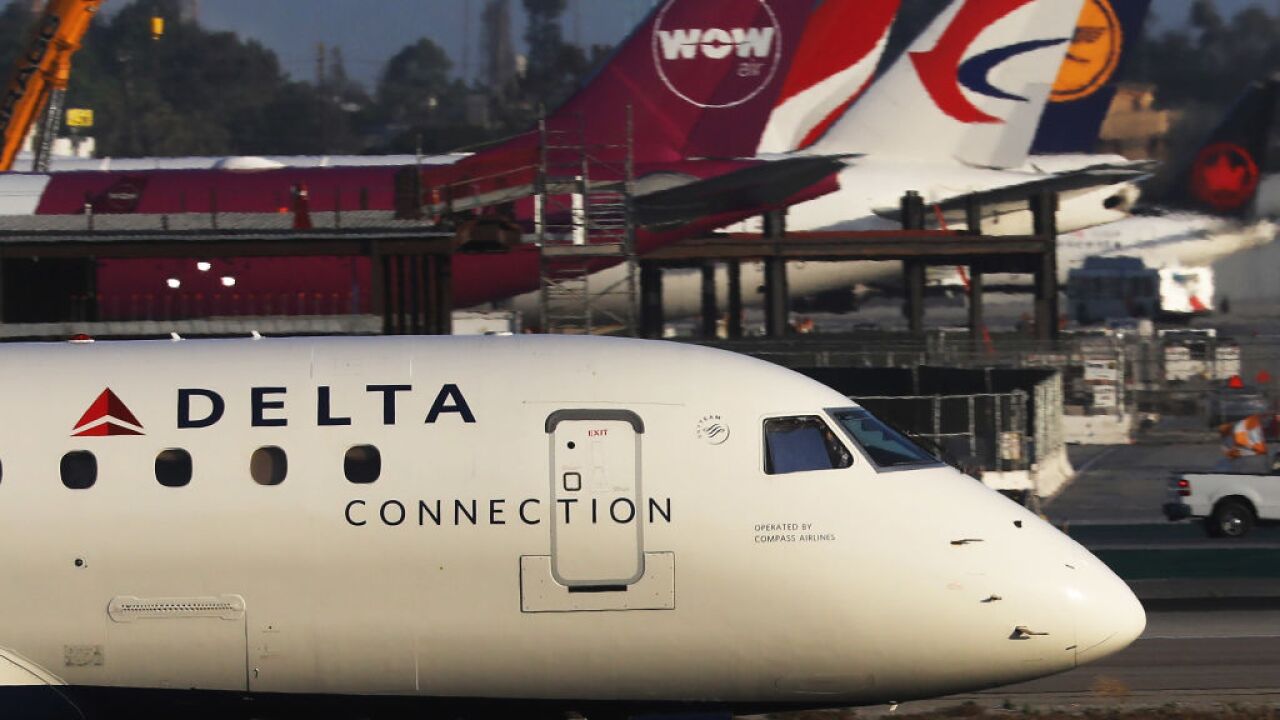 A Delta plane taxis at Los Angeles International Airport on July 12, 2018 in Los Angeles, California. Delta announced today that it will increase fares by reducing the supply of seats in an effort to offset higher fuel prices.

DETROIT (WXYZ) — A Delta flight out of Detroit Metro Airport to Las Vegas was delayed after a traveler refused to wear a mask on-board.

"We apologize to our customers for the delay on Flight 803 due to a passenger being removed for mask non-compliance," according to a statement from a Delta spokesperson Saturday. "There’s nothing more important than the safety of our customers and employees."

The spokesperson confirmed that the flight was delayed by nearly 90 minutes as a result of the passenger refusing to comply with the airline's face mask requirement.