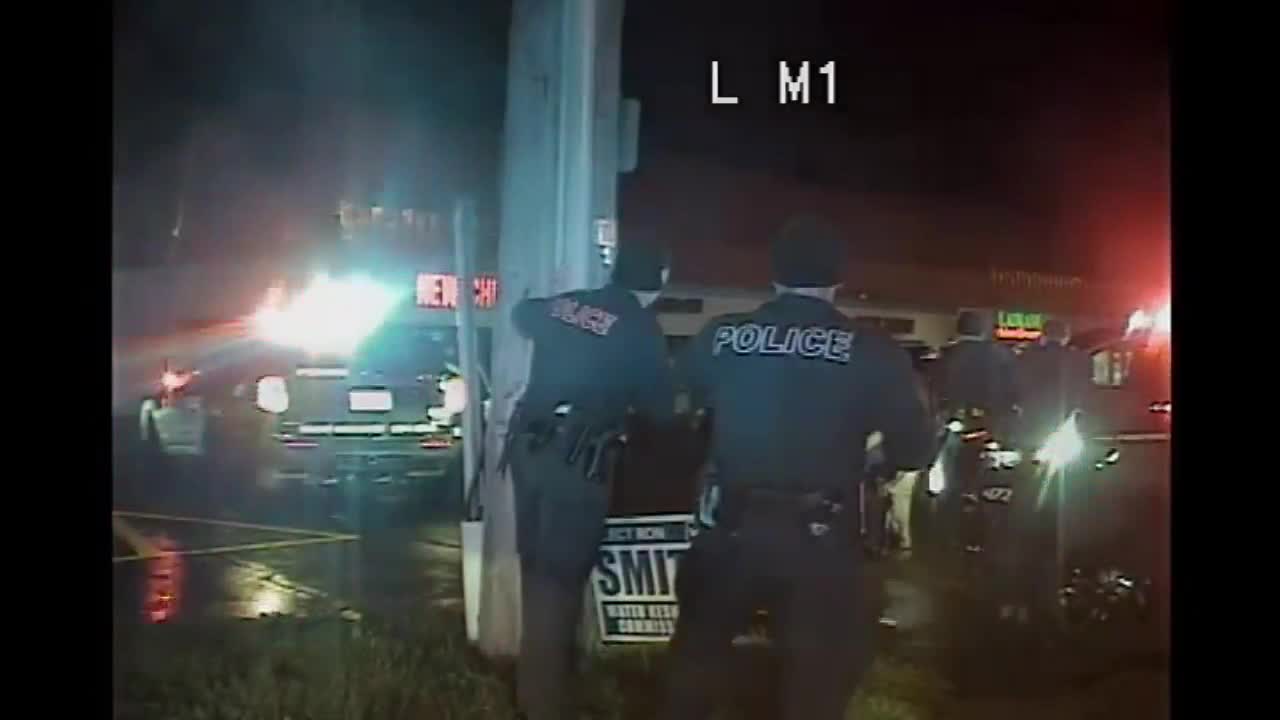 The department also identified the officers and suspects involved in a news release Friday.

He was arraigned on a charge of carrying a concealed weapon in an automobile.

Daevion Wright, 18, also of Jackson, was the passenger in the vehicle.

Officer Ryan O’Connell initiated the traffic stop and is seen in the video speaking to Smith.

Officer Andrew Frantz was the second officer to arrive and spoke to Wright off-camera.

O’Connell stopped the vehicle about 12:15 a.m. Tuesday for driving violations that included erratic driving, stopping and backing up in the middle of the road and an illegal turn.

As O’Connell spoke to Smith outside of the vehicle, Frantz arrived and approached the passenger side to speak to Wright, according to BCPD.

Frantz saw a gun in Wright’s waistband and told him to put his hands up.

He secured the gun, but Wright began to reach under the seat, BCPD said.

As Wright reached down, Frantz began yelling for him not to move and O’Connell moved Smith further away from the scene and drew his own gun.

“We are releasing the video in hopes of clarifying the events of that night,” Police Chief Jim Blocker said. “At the same time, we cannot get too far in front of the legal process, to which all parties are entitled.”