'We're begging at this point' As trash piles up, Goodwill is urging people to stop dropping off donations

Goodwill stores across the state are closed amid coronavirus pandemic 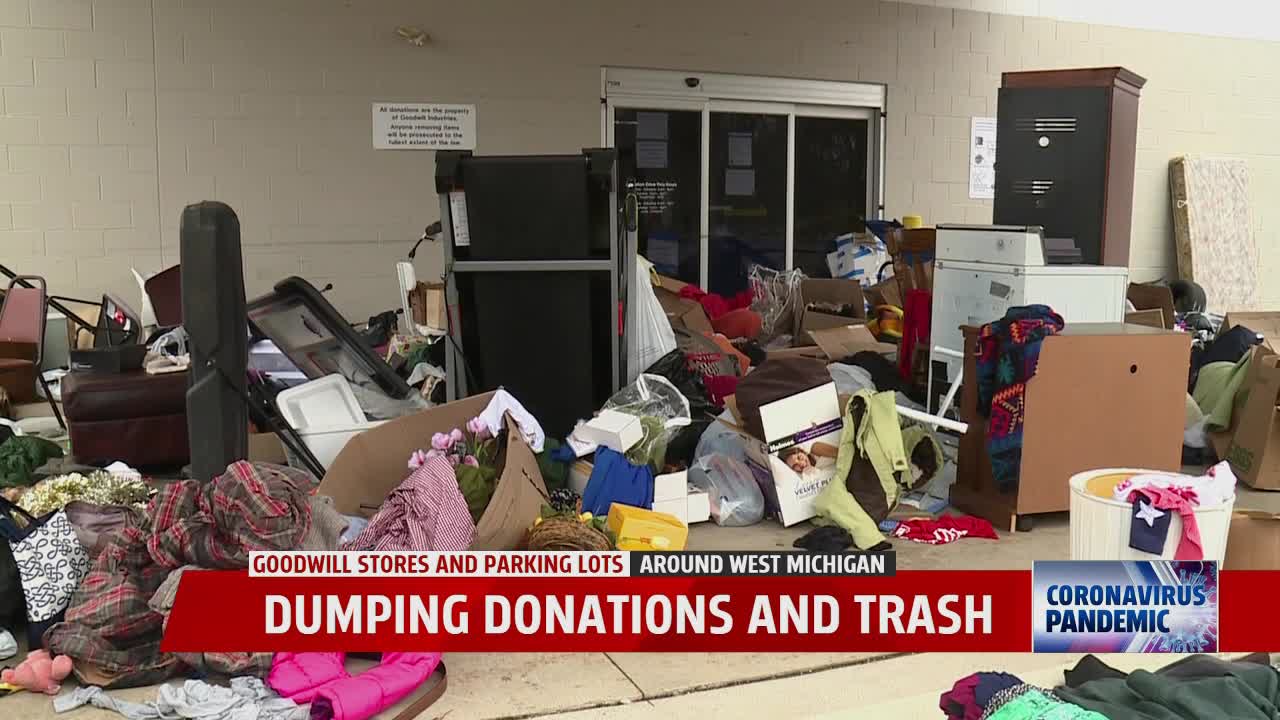 Goodwill stores across the state are closed amid coronavirus pandemic

At several Goodwill locations around Grand Rapids we saw the same thing.

Huge piles of “donations,” if you can even call them that.

At a store just off Plainfield Avenue on 4 Mile Road, the junk included a collection of several items like walkers, car tires and an old washing machine.

We even saw the sign that says they wouldn’t accept any of those items to begin with; and the sign on the door that clearly says they are closed.

Someone even left bags of trash behind.

“It’s more disheartening than anything else to see that people are using us as a dumping ground, and you are absolutely right, people are donating things that they know we don’t accept,” Goodwill of Greater Grand Rapids Chief Marketing Officer Jill Wallace said.

At this point Goodwill is begging people not to bring stuff to their doors, it is costing them money.

“Our entire organization is on layoff, all the way up from the CEO, so we don’t have staff to clear those, we are trying to keep our staff safe and not expose them to what’s going on, so we now have to pay a third party to come in and remove that,” Wallace explained.

“It’s really sad because that money should be going to our job training and placement programs not collecting trash and taking it to landfills,” she added.

The organization says they will gladly accept donations when they open back up, in the meantime stop bringing stuff there.

Though Goodwill is not the only place that’s seeing waste pile up during the pandemic.

A lot of grocery store parking lots are becoming home to a discarded masks and glove, something that’s getting a lot of talk and outrage on social media.

As for those, please just put them in the trash.