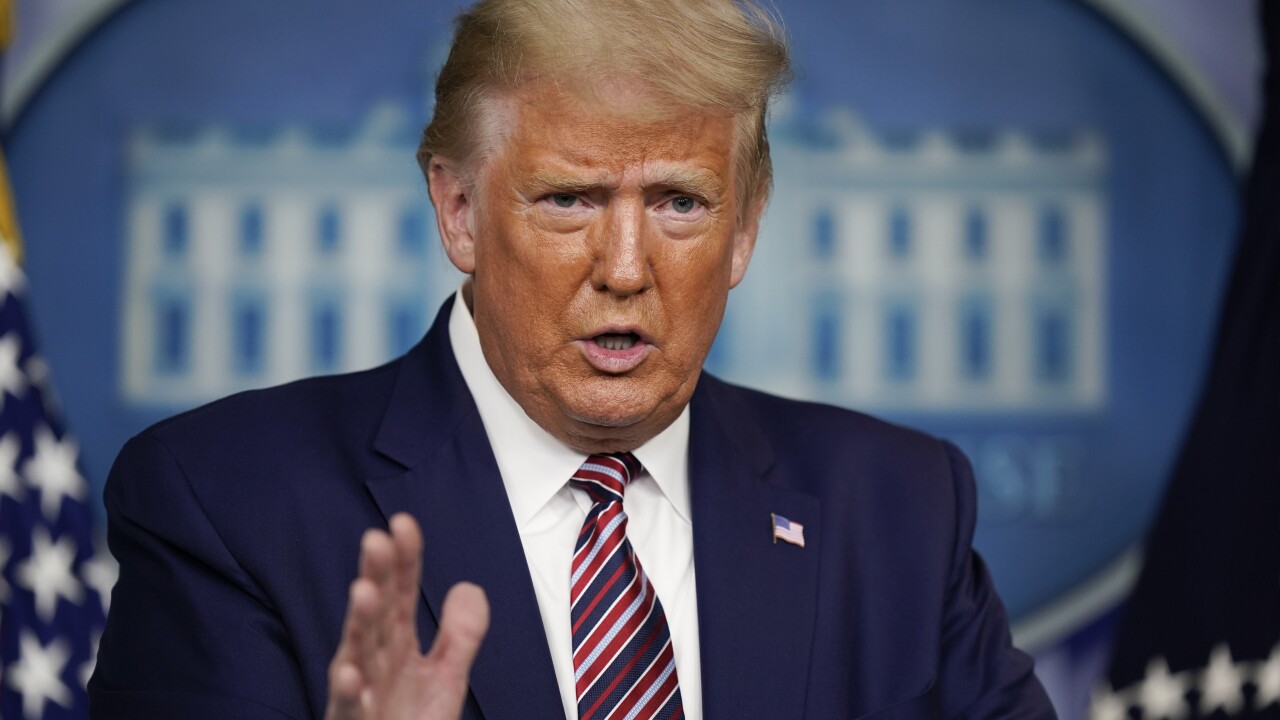 (AP/WXYZ) — With just a month to go until the election, President Donald Trump had a busy schedule during the week the coronavirus hit home with him. Trump tweeted early Friday that he and first lady Melania Trump had tested positive for the coronavirus.

— Trump surveys a truck produced by Lordstown Motors on the White House South Lawn at an event attended by two members of Congress and three representatives from the Lordstown, Ohio, manufacturer.

— Trump holds a Rose Garden event to announce an administration effort to distribute millions of coronavirus test kits to states. The event is attended by administration officials including Vice President Mike Pence, members of Congress and state officials.

— Trump travels to Cleveland for a 90-minute presidential debate against Democratic rival Joe Biden. The two men are both tested ahead of the debate and stand behind lecterns positioned a good distance from one another. They do not wear masks during the faceoff.

— White House aide Hope Hicks is part of a large entourage that travels to Ohio with Trump aboard Air Force One for the debate, including members of the Trump family. Trump’s adult children and senior staff do not wear masks during the debate, violating host rules.

— Trump travels to Minnesota for a fundraiser at a private home in suburban Minneapolis and an outdoor rally in Duluth.

— Hicks is among the White House aides who accompany Trump on the trip. She feels unwell on the return trip and isolates herself aboard Air Force One.

— Hicks tests positive for the coronavirus.

— Trump flies to his Bedminster resort in New Jersey for a private fundraiser. Several aides who were in proximity to Hicks scrap plans to accompany Trump.

— Trump announces in an evening interview on Fox News that he and the first lady are being tested for the coronavirus. He later tweets that they will “begin our quarantine process!”

— Trump tweets shortly before 1 a.m. that he and the first lady have tested positive for the virus and “will begin our quarantine and recovery process immediately.”

— Dr. Sean Conley, physician to the president, releases a statement that the president and first lady “are both well at this time, and they plan to remain at home within the White House during their convalescence.”