Good News You Need for June 4 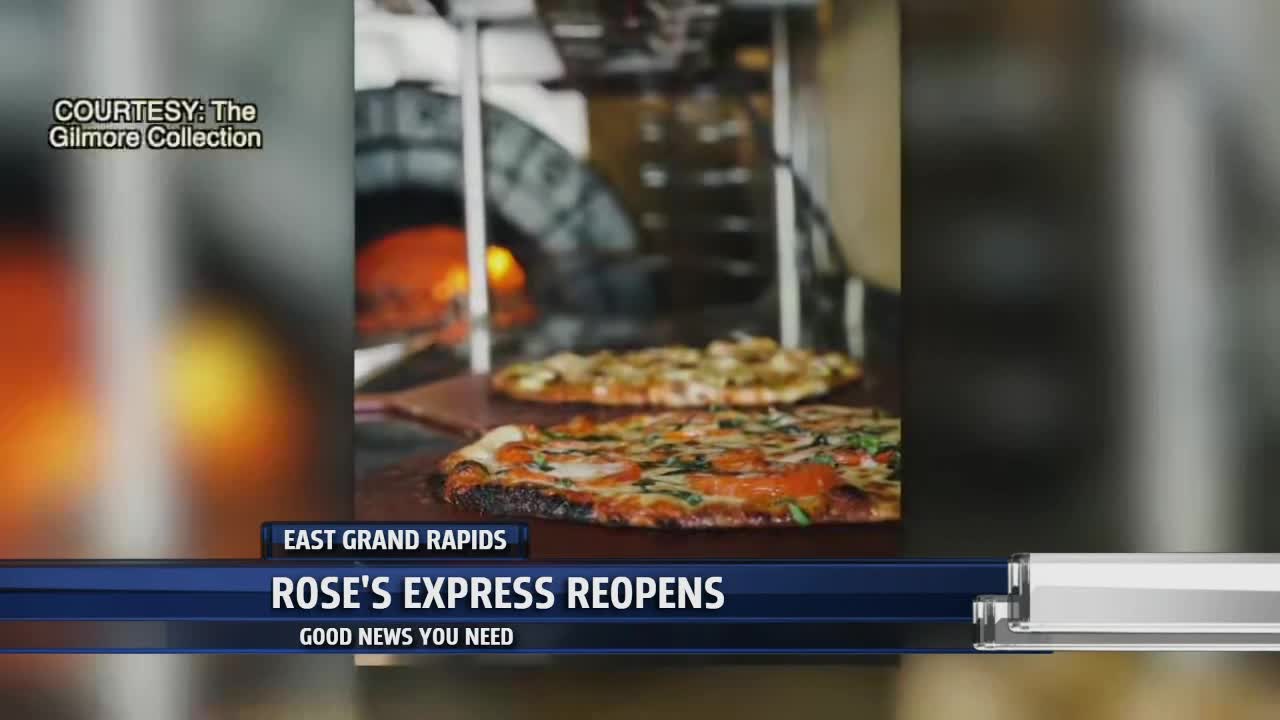 Kent County Park is planning to reopen some of their most popular amenities with a few restrictions.

The splashpad at Millenium Park is set to open Monday, June 8, but at only 50 percent of its capacity.

The Wabisis Lake Campground reopens on the 12th and all public restrooms, picnic areas, and open shelters will reopen on June 5.

On the other hand, enclosed shelters and recreational fields will remain closed until further notice.

In the meantime, for a full list of places that are open right now, with restrictions, head to kentcountyparks.org.

Rose's Express is now open! The East Grand Rapids eatery shut down back in 2019.

Roses is only offering takeout, and curbside service right now, but they do plan to add a delivery service in the coming months.

They also changed their menu up a bit, you can check that out by heading to thegilmorecollection.com.

Grand Valley State is celebrating a record number of donations to the Laker Effect Campaign.

On Wednesday the school announced that fundraising efforts brought in more than $130 million for their students.

Thanks to the help of 35,000 different donors, that's also a record number.

The goal of the campaign is to support students through graduation, increase academic capacity, and double the number of scholarship recipients.

A teenager from Tampa asked for money for her birthday, and lots of it. But money wasn't for her.

Every year for her birthday, Kennedy McCormick collects food for the organization Feeding Tampa Bay. This year, she couldn't ask for in-person donations, so she asked for cash instead. This year Kennedy raised more than $3,000. That's about 30,000 meals for neighbors in need.

While social distancing continues, neighbors in one Florida town are trying to find other ways to have fun while remaining safe.

So they decided to make a music video using the MC Hammer song, "Can't Touch This." Turns out they have a lot of good dancers on their street.

The women behind the music video said it's been sad for her family not being able to plan large gatherings with their neighbors and this was a way to unify the block.