Good News You Need For June 19 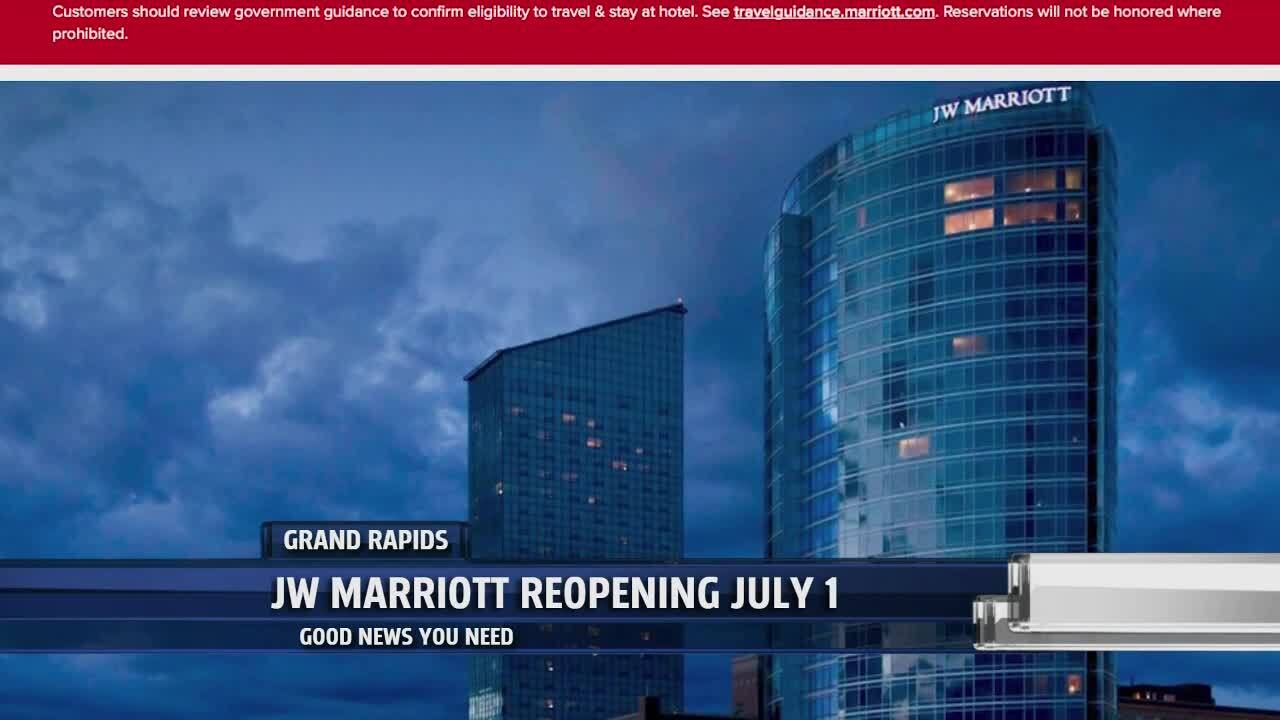 Another annual event is going virtual this year, the National Walk To Find Cures For Crohn's and Colitis.

The Take Steps Walk is dedicated to finding cures for the millions of Americans living with Irritable Bowel Disease, or IBD. It's the largest fundraising walk event for the Crohn's and Colitis Foundation.

People can come together on Facebook Live and YouTube at noon on Saturday, but the organization is still encouraging people to Take Steps on their own as well.

One of downtown Grand Rapids' main hotels, the JW Marriott will be reopening on July 1, and they're now accepting overnight reservations.

While guests have to wait before staying a night at the JW, as of last night the hotel opened their patio.

Reservations must be made for patio seating since indoor seating isn't currently open.

The concert is happening at 9:45 p.m. next Saturday, June 27 at many drive-ins across the state.

Garth Brooks says he's just excited to play again and this is a safe way to do it during these unprecedented times.

Tickets will cost around $100 per passenger car or truck. They can be purchased at Ticketmaster.

Could double-decker seats be the future of airplane travel? One man's vision reconfigures plane cabins to give fliers more protection from the spread of COVID-19.

His design puts double-deckers seats in the space between a standard seat and an overhead bin. The seats lay flat and give privacy.

They're called Zephyr Seats and were designed by Jeffrey O'Neill and his partner. The idea still in its infancy would require safety tests that could be a three-year process.

Friday is the perfect day to grab some flippy floppies for National Flip Flop Day!

It's a day to celebrate and show off the minimal footwear, that is known to some as "thongs."

It might also be a good excuse to pamper your tootsies with a pedicure so they look good in the summer essential.