Humidity slowly builds through the weekend 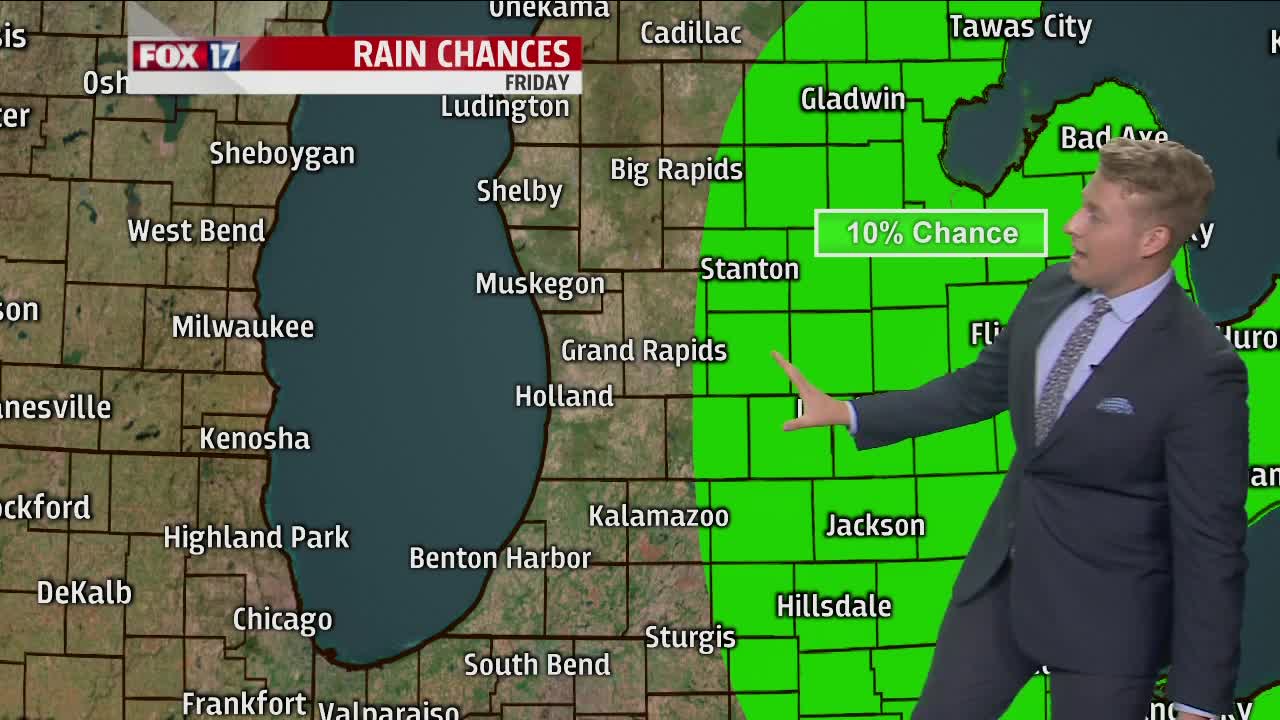 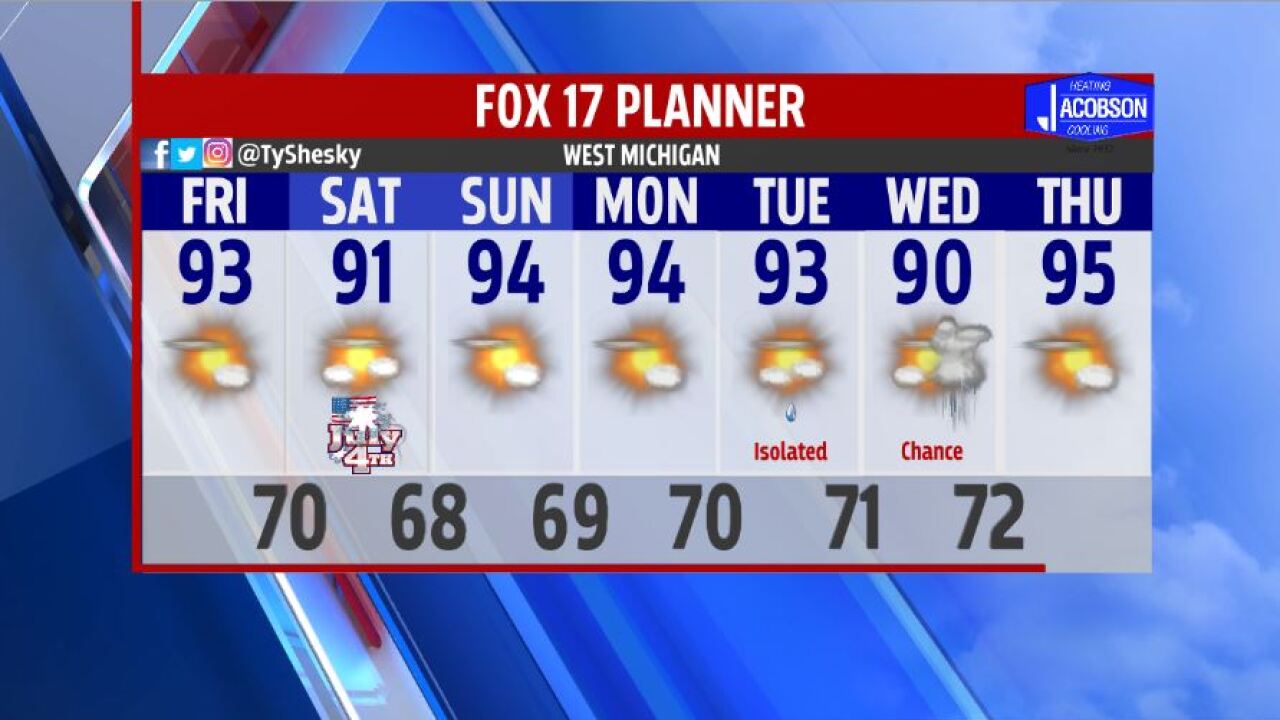 WEST MICHIGAN — The forecast from FOX 17 Meteorologist Erik Kostrzewa: Humidity has been fairly tolerable during this heat wave thus far, but that will gradually change over the next couple of days as our dew points slowly climb. The ridge of high pressure responsible for the sunny, hot, rain-free weather shows signs of weakening a bit on during the holiday weekend. This could allow for an isolated shower/t-shower somewhere in the region, but chances of that look very minimal right now. Best chance of any rain on Friday will be later in the day, east of US-131.

TOMORROW: Mostly sunny and a bit more humid. Isolated p.m. shower/t'storm along and east of US-131. Highs in the lower to middle 90s. North winds at 5 to 10 mph.

SUNDAY: Mostly sunny, hot, and humid. Highs in the lower to mid 90s.