Best chance of rain in over a week coming 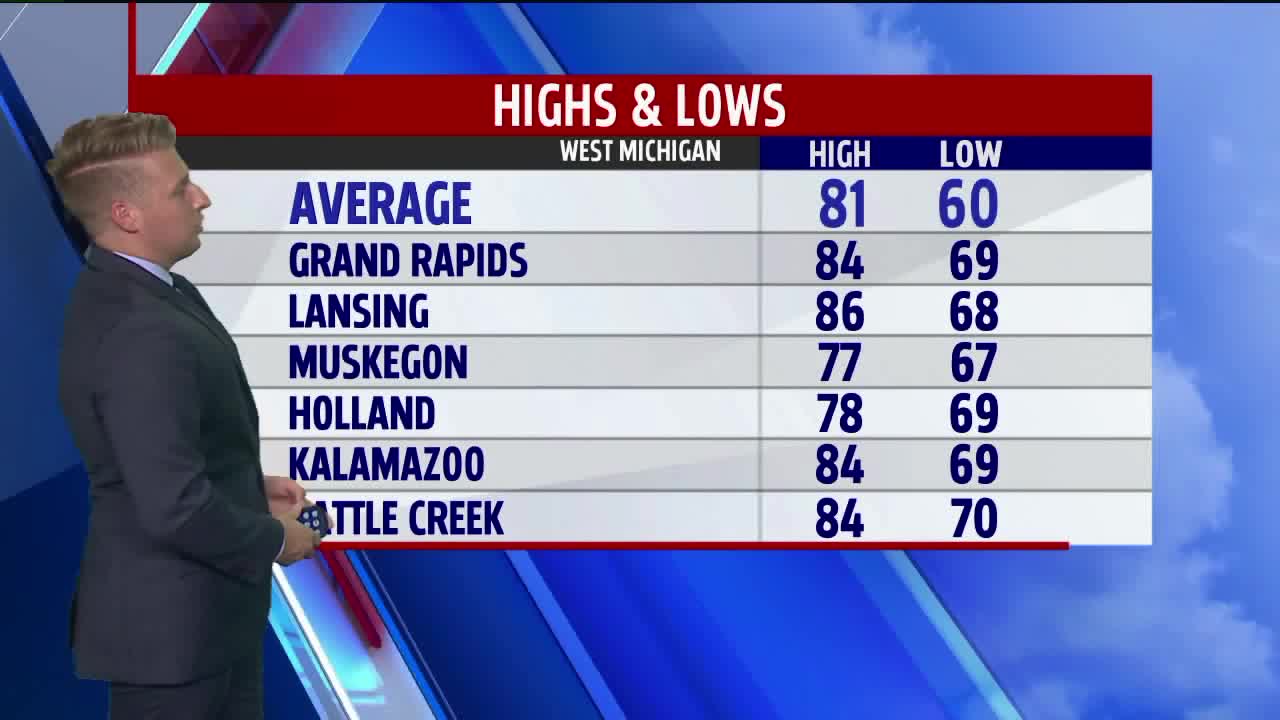 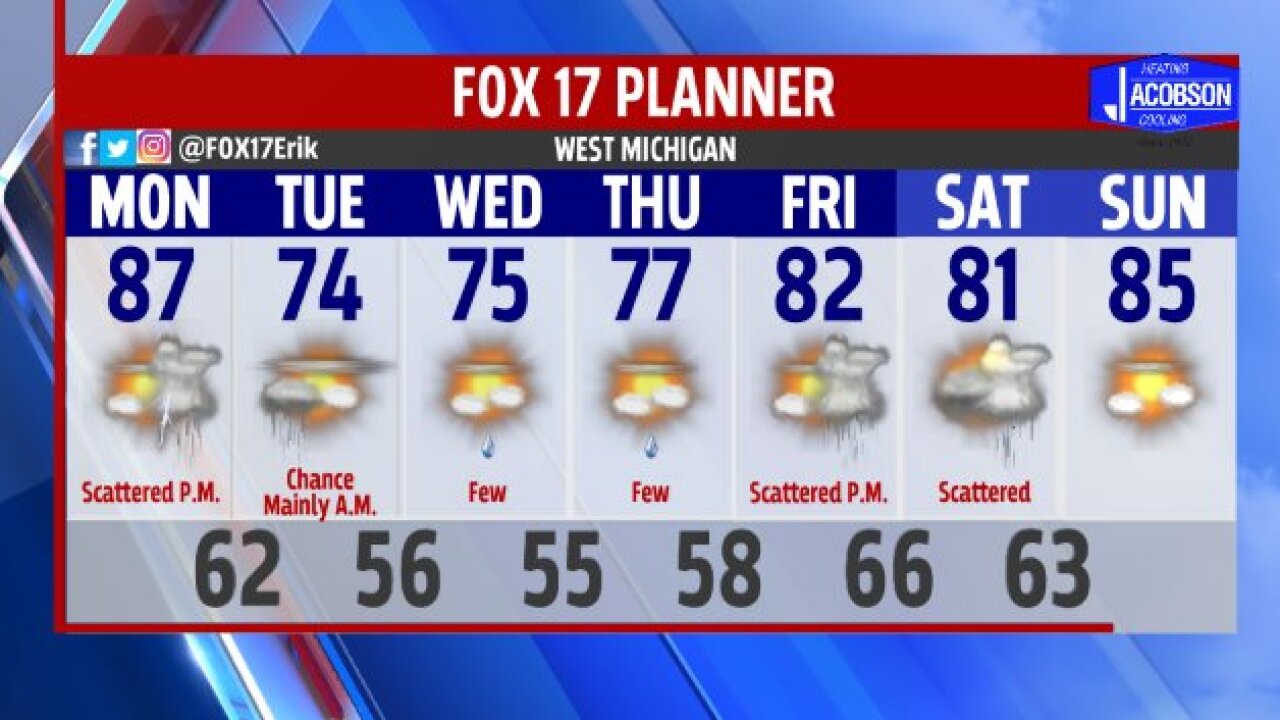 WEST MICHIGAN — The forecast from FOX 17 Meteorologist Erik Kostrzewa: As one wave of scattered showers and thunderstorms moves out, a much stronger one replaces it on Monday. Ahead of it during the morning and afternoon, skies will be fairly clear with plenty of sunshine. This will send temperatures into the middle and upper 80s with, surprisingly enough, quite a bit of humidity. Heat indices will likely be around 90° before the showers and storms move in during the evening. Severe weather is not anticipated, but a few storms could contain heavy rain, lightning and gusty winds. This system will linger quite a bit into Tuesday before we finally return to sunshine on Wednesday. Temperatures behind this system will also cool off back below normal in the 70s.

MONDAY: Partly cloudy to partly sunny. A chance for late afternoon and evening scattered showers and thunderstorms. Highs in the mid to upper 80s.

TUESDAY: Partly sunny. Chance of showers in the morning and afternoon. Highs in the low to middle 70s.