Colder temperatures ahead this week 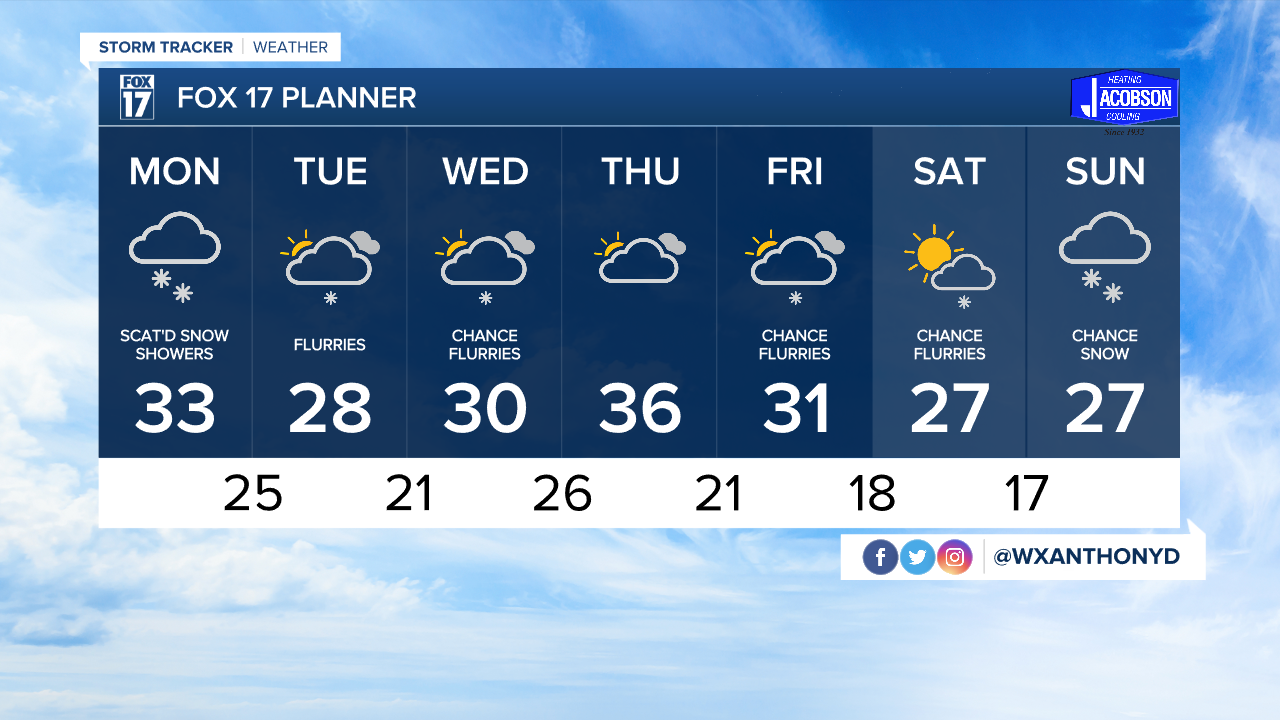 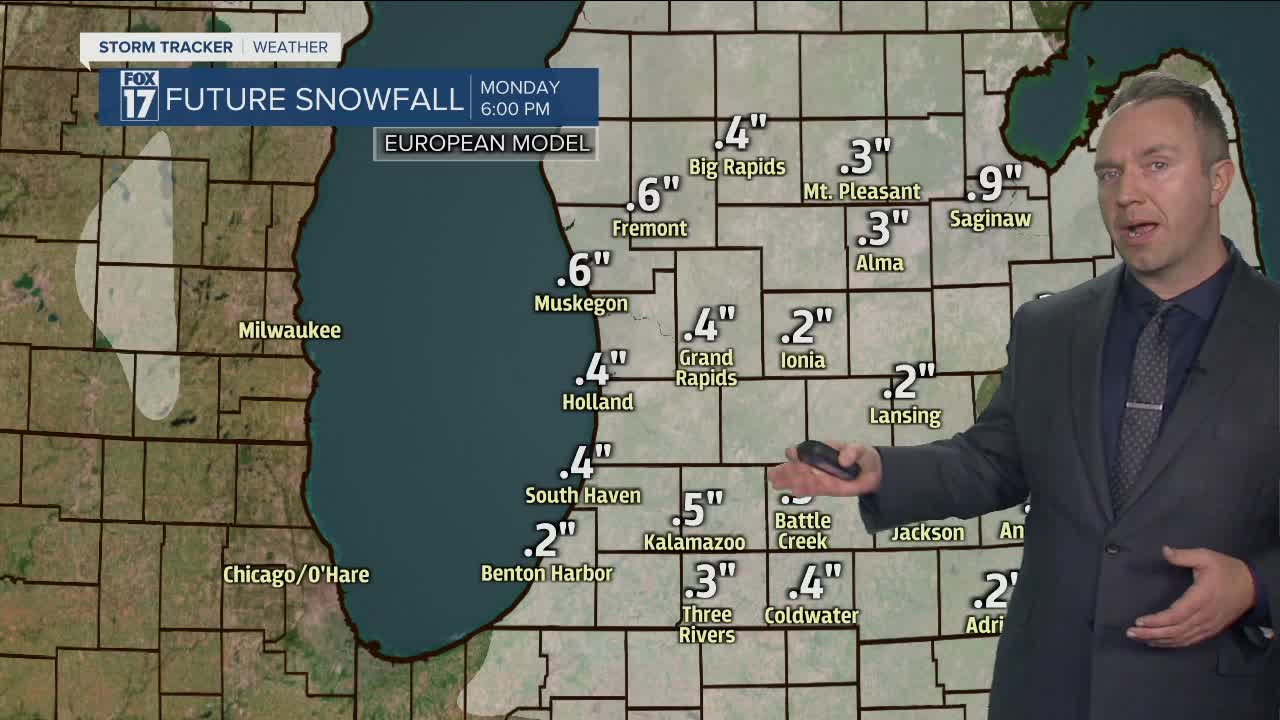 WEST MICHIGAN — The forecast from FOX 17 Meteorologist Anthony Domol: Scattered flurries and snow showers will be around this evening and overnight. Look out for the possibility of slick spots on roadways as temperatures drop below the freezing mark tonight. Accumulations will be light but a dusting/coating of snow can be anticipated through Monday morning, just enough to cause some slippery travel on your way to work. Localized areas particularly nearer the lakeshore could see amounts near an inch or so. Additional flurries and a few snow showers will be possible Monday evening into Tuesday morning and perhaps again late Tuesday into early Wednesday morning. No big storm systems, however, are in sight for the next several days. A colder week is ahead with daytime highs in the upper 20s to lower 30s.

TONIGHT: Scattered flurries and snow showers. Accumulations of one inch or less. Lows in the middle to upper 20s. Northwest winds at 5 to 15 mph.

TOMORROW/MONDAY: Mostly cloudy with a chance of flurries and snow showers, especially during the morning. Accumulations of one inch or less. Highs in the lower 30s. West to northwest winds at 5 to 10 mph.

MONDAY NIGHT: Mostly cloudy. Scattered flurries and light snow showers. Only light accumulations but roads can be slick. Lows in the mid to upper 20s.