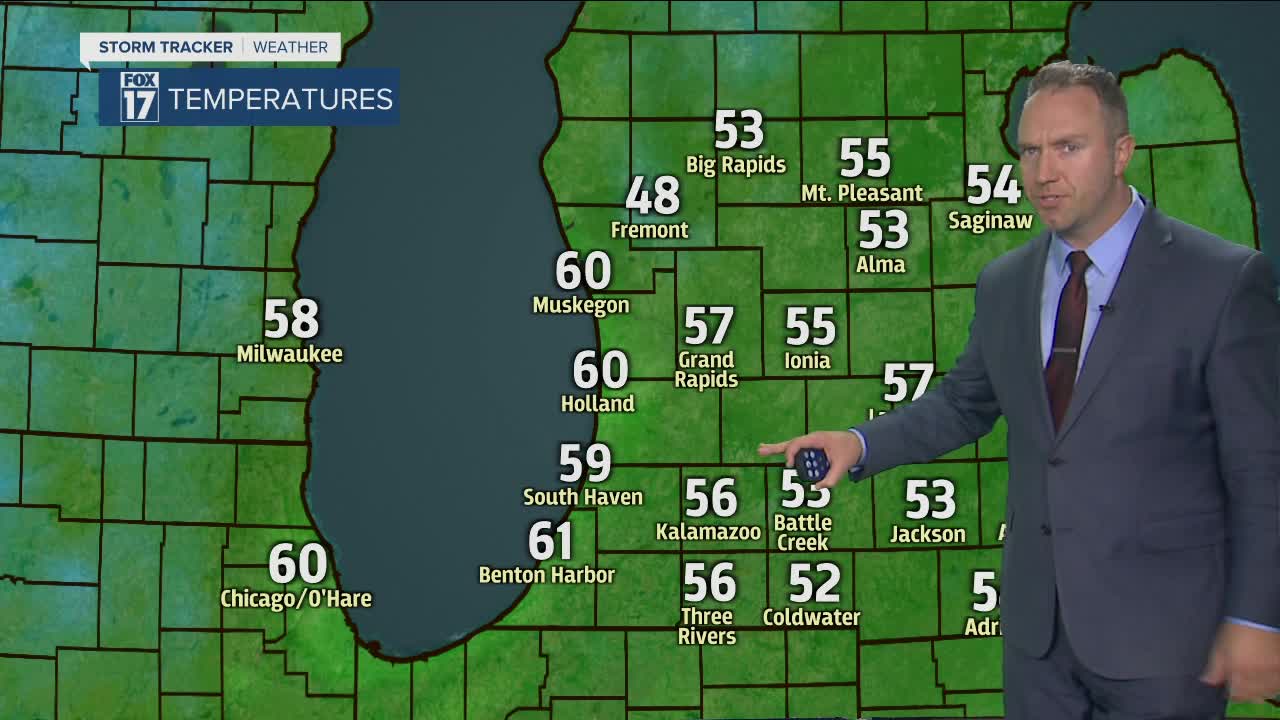 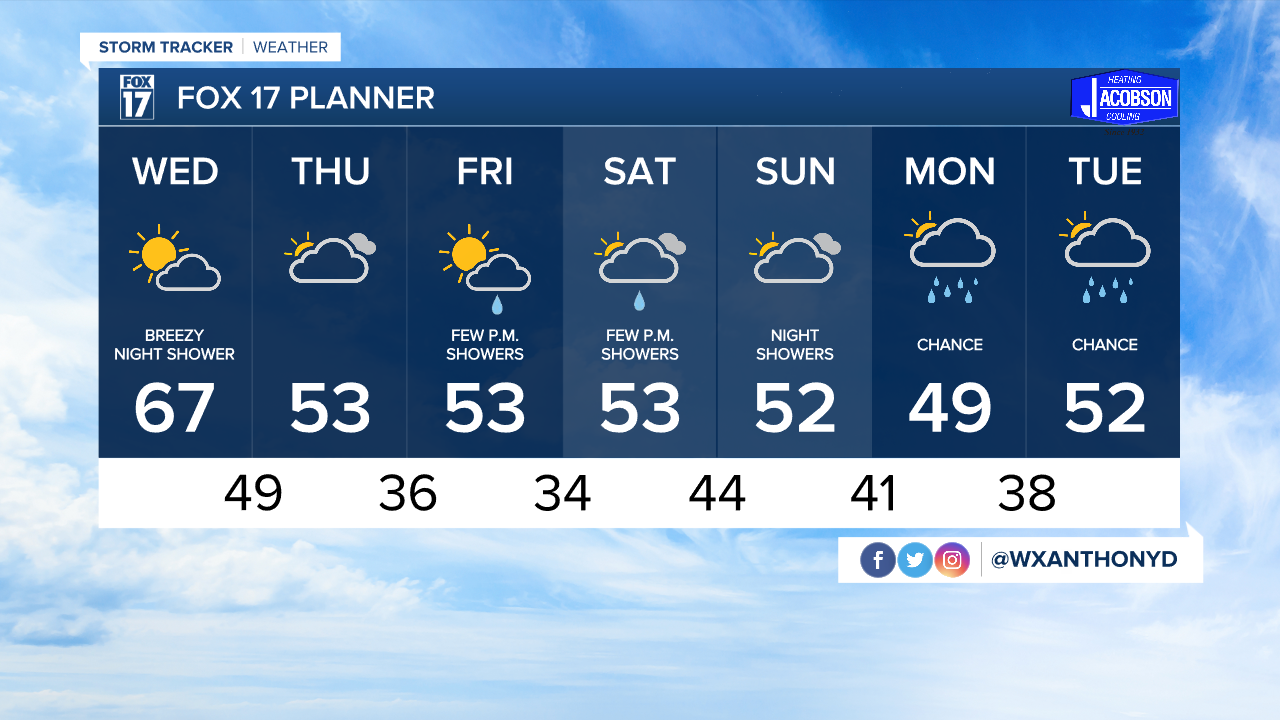 WEST MICHIGAN — The forecast from FOX 17 Meteorologist Anthony Domol: Skies will clear out and winds will drop off behind a weak cold front tonight, allowing for temperatures to fall to similar levels to what we experienced this past morning. That means you can expect readings right around 40 degrees at daybreak tomorrow. Yet another system will move towards the area Wednesday, bringing warmer air ahead of it during the afternoon along with thicker cloud cover and brisk southerly winds. An associated cold front tied to this system will work through the area Wednesday night / early Thursday morning with a few light showers possible, followed by much chillier air for the end of the week.

TOMORROW: Partly to mostly cloudy, breezy, and warm. Highs in the middle to upper 60s. South-southeast winds at 10 to 20 mph gusting to 30-35 mph in the afternoon and evening.

TOMORROW NIGHT: Mostly cloudy. A chance of showers after 9 P.M. Lows in the lower 50s. South winds at 10 to 15 mph becoming westerly overnight.

THURSDAY: A chance of morning showers, otherwise becoming partly sunny in the afternoon. Nearly steady temperatures in the lower to middle 50s. West to northwest winds at 10 to 15 mph.

FRIDAY: Partly to mostly cloudy and cool. A few showers are possible, mainly in the afternoon. Highs around 50°.