Cooler and less humid through the weekend 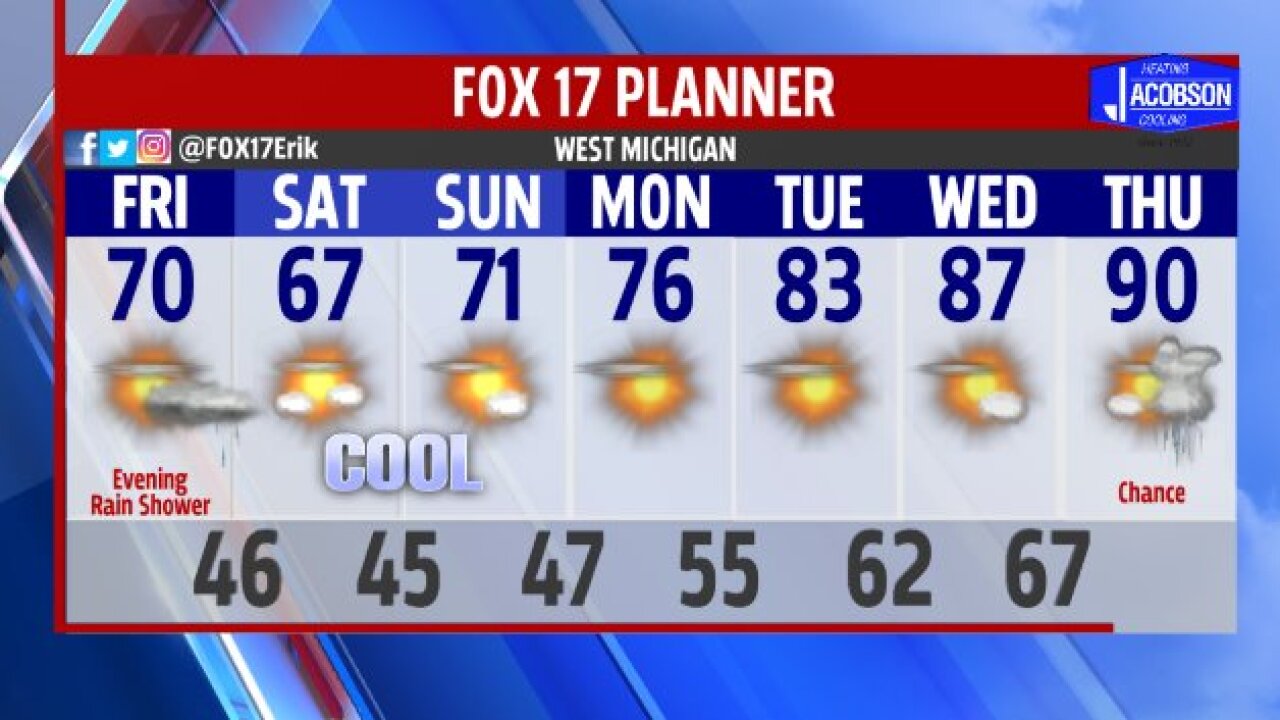 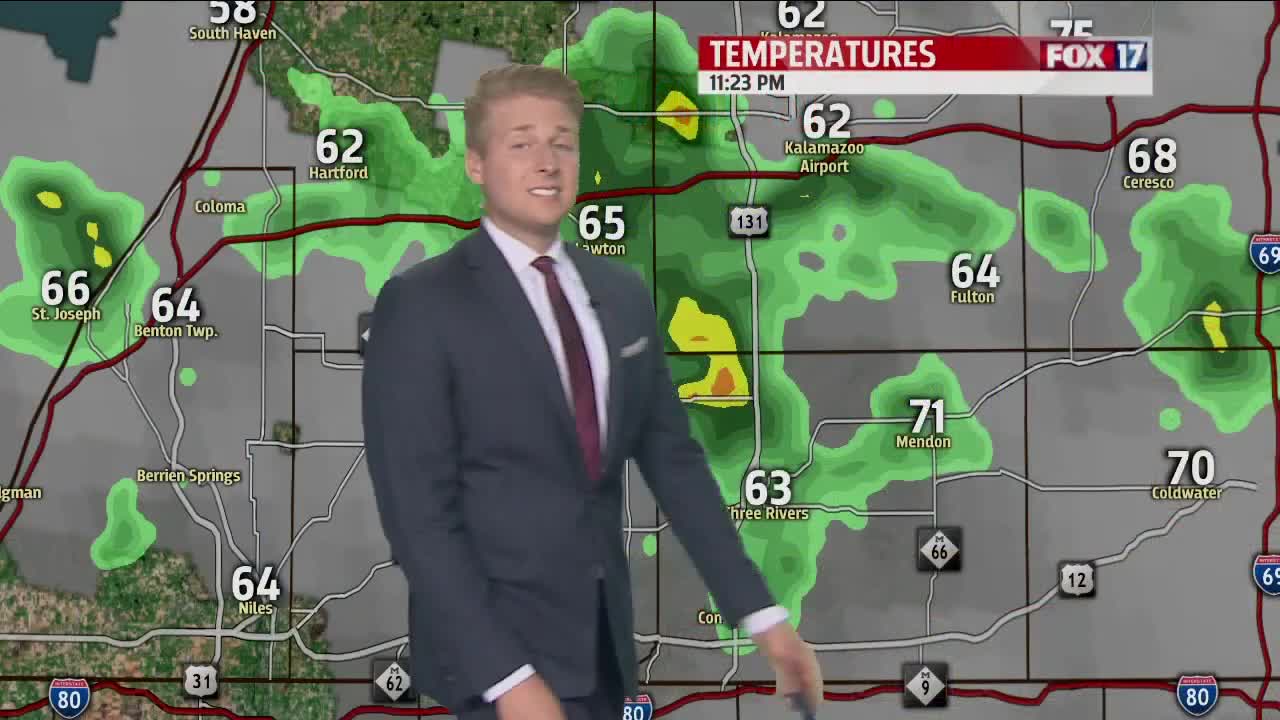 WEST MICHIGAN — The forecast from FOX 17 Meteorologist Erik Kostrzewa: It looks fairly quiet and cool tonight, tomorrow, and through the weekend with high pressure at the surface generally keeping the weather dry. A couple of upper level disturbances could bring a few spurts rain or a thunderstorm to parts of the area tonight and Friday evening, but significant rain is not in the forecast until perhaps the latter part of next week.

TOMORROW: Partly to mostly cloudy. A shower/storm possible in the evening. Cool with highs around 70. North/northwest winds at 8 to 16 mph.

TOMORROW NIGHT: A chance of evening showers, mainly well to the south of I-96. Partly cloudy and cool with lows in the middle 40s. North/northeast winds at 5 to 10 mph.

SATURDAY: Partly cloudy and cool. Highs in the mid to upper 60s. Northeast winds at 7 to 14 mph.

SUNDAY: Mostly sunny and a bit warmer. Highs in the low 70s.