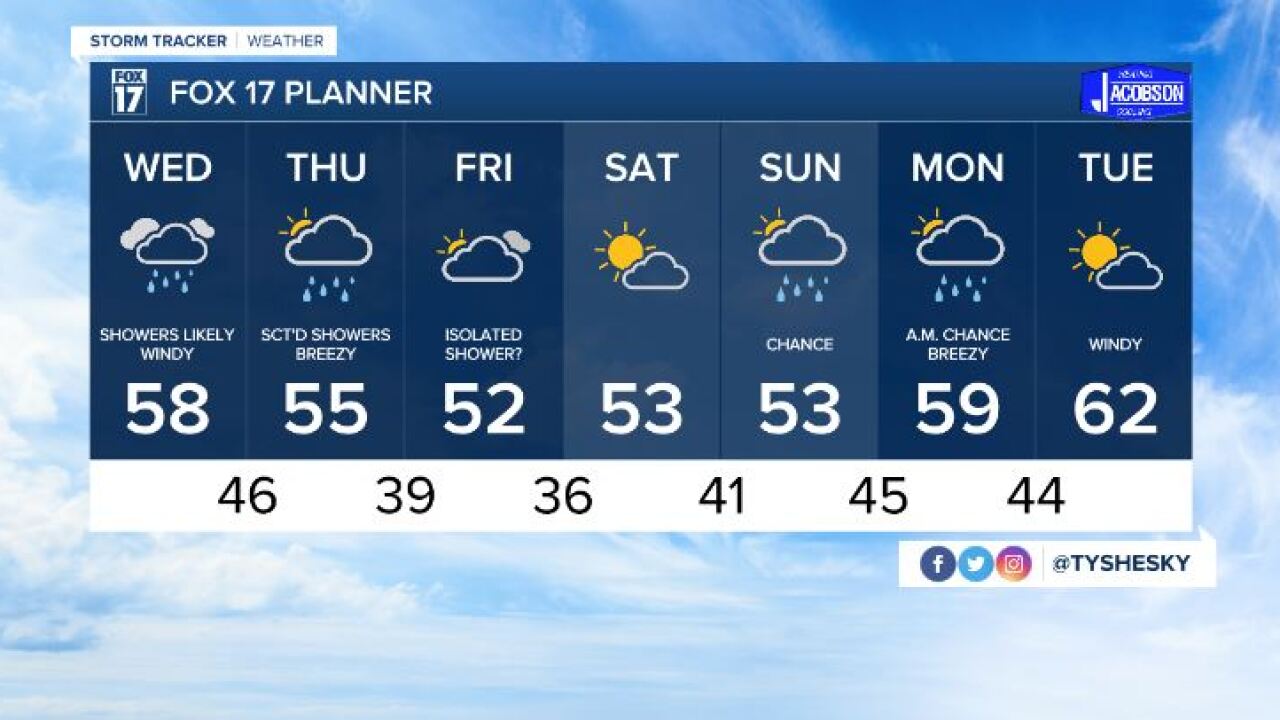 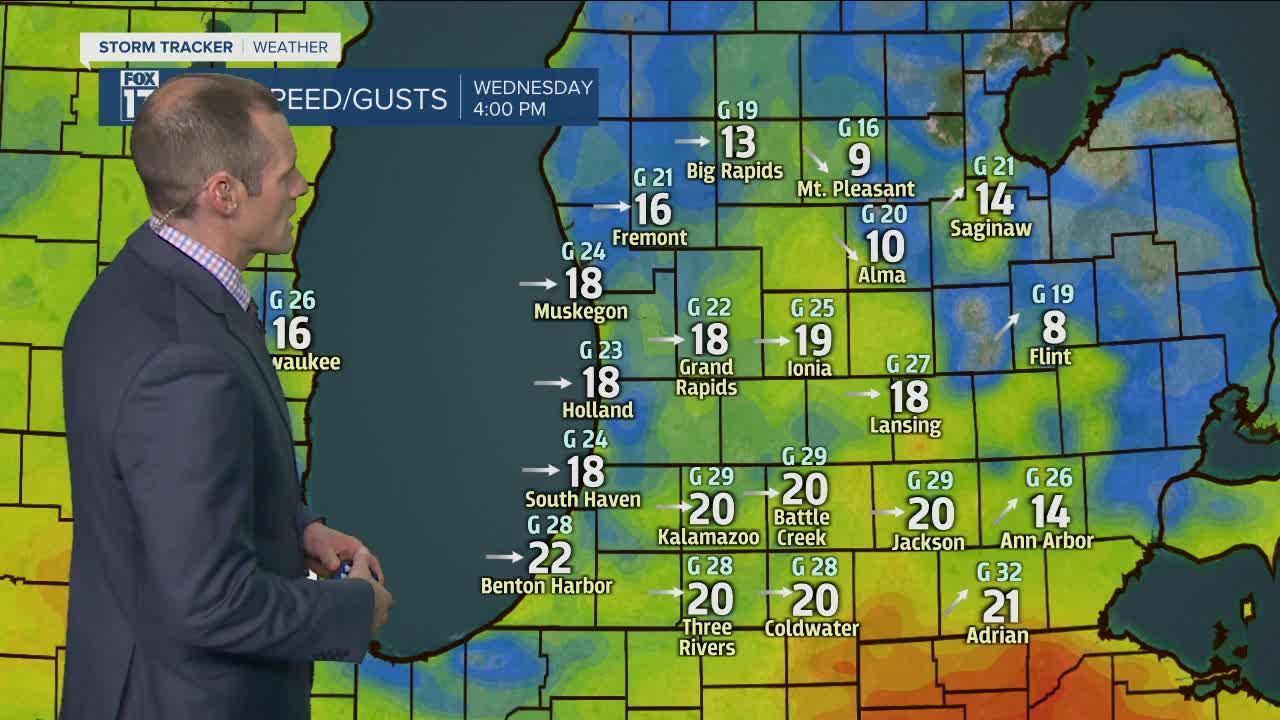 WEST MICHIGAN — The forecast from FOX 17 Meteorologist Ty Shesky: A huge pattern change is in motion and will continue to keep sharply cooler temperatures in place through this weekend along with several chances for rain. The next best chance of rain arrives overnight and into Wednesday and Thursday. In fact, it will likely be cool enough for lake effect and lake enhanced rain showers at that time. A rumble of thunder will be possible despite the chilly temperatures. We expect highs on most afternoons only in the low to mid 50s. Average highs have us in the upper 60s this time of year. We may also see waterspouts on Lake Michigan.

TONIGHT: Mostly cloudy with scattered light showers becoming more likely late evening into the overnight. Lows in the upper 40s to near 50°. West-southwest winds at 5 to 15 mph.

TOMORROW: Mostly cloudy and windy with scattered showers. Best coverage will be during the afternoon. A rumble of thunder possible. Chilly with highs in the upper 50s. Southwest/west winds at 15 to 25 mph, gusting to 30-35 mph.

THURSDAY: Scattered showers. Chilly and breezy with highs in the middle 50s. Northwest winds at 10 to 20 mph becoming northerly late.

FRIDAY: Partly to mostly cloudy with an isolated shower possible. Highs in the lower 50s.