Much cooler temperatures throughout the 7-day 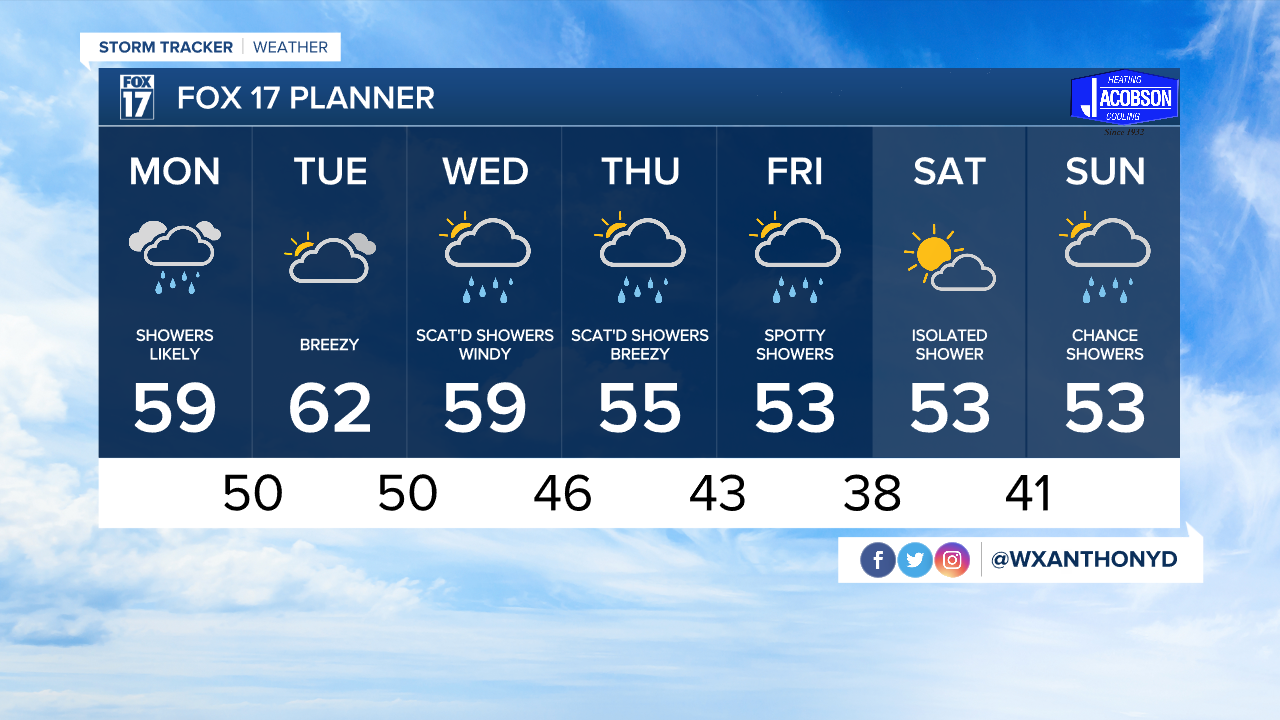 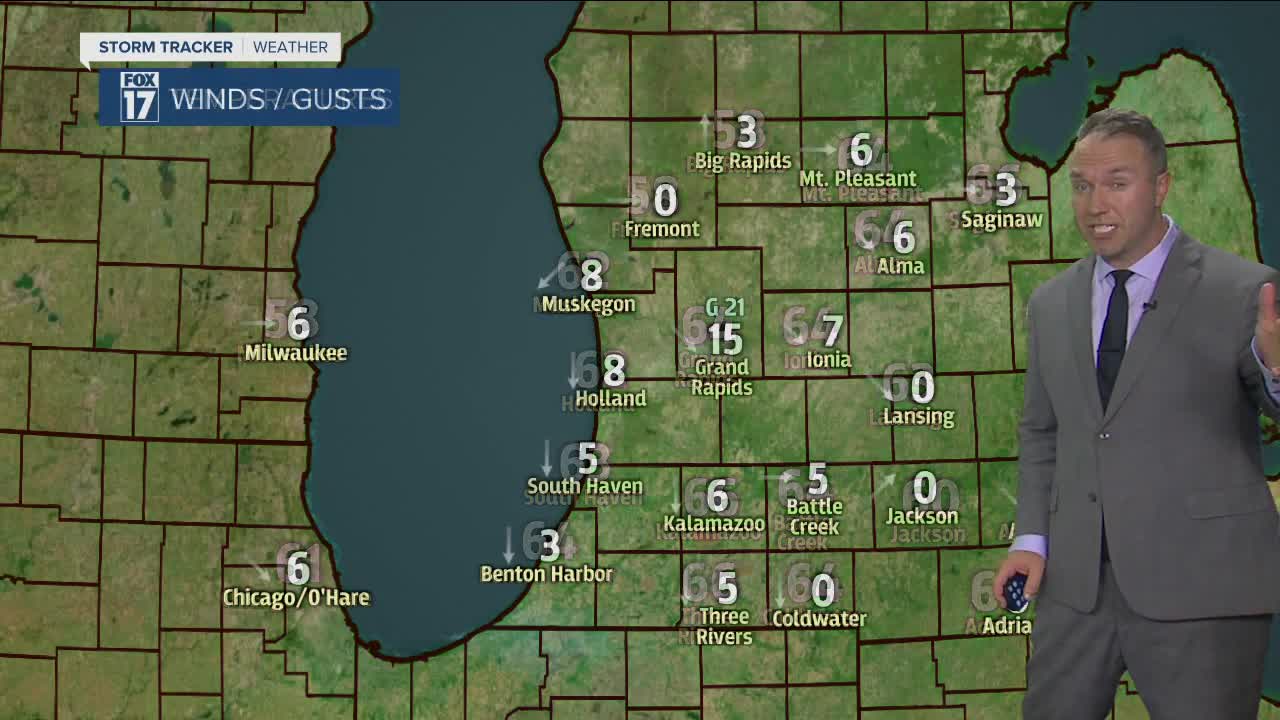 WEST MICHIGAN — The forecast from FOX 17 Meteorologist Anthony Domol: After high temperatures of 76 degrees in Grand Rapids, 75 in Kalamazoo, and 74 in Battle Creek on Sunday afternoon, we say goodbye to warmth and hello to much cooler weather starting on Monday. Clouds are to be thickening up this evening and the chance for showers increases substantially toward midnight and especially thereafter with periods of light rain on tap for Monday. The rain-cooled air combined with a markedly cooler atmosphere overall will have us in the upper 50s for most hours tomorrow. After a drier Tuesday, we look for more scattered showers to develop on Wednesday and Thursday. The bottom line is that it is going to be feeling like true fall around here for the next week to ten days.

TOMORROWMONDAY: Rain showers likely. Breezy and cool with highs in the upper 50s to around 60 degrees. West winds at 5 to 10 mph.

MONDAY NIGHT: Mostly cloudy with a few sprinkles possible. A light shower can linger near the lakeshore. West winds at 5-10 mph.

TUESDAY: Mostly cloudy and breezy with a few sprinkles possible. Highs in the lower 60s. West to southwest winds at 10-20 mph, gusting to 25-30 mph

WEDNESDAY: Mostly cloudy and windy with a few showers mainly during the afternoon. Windy and chilly with highs in the upper 50s. West winds at 15-25 mph, gusting to 35 mph.