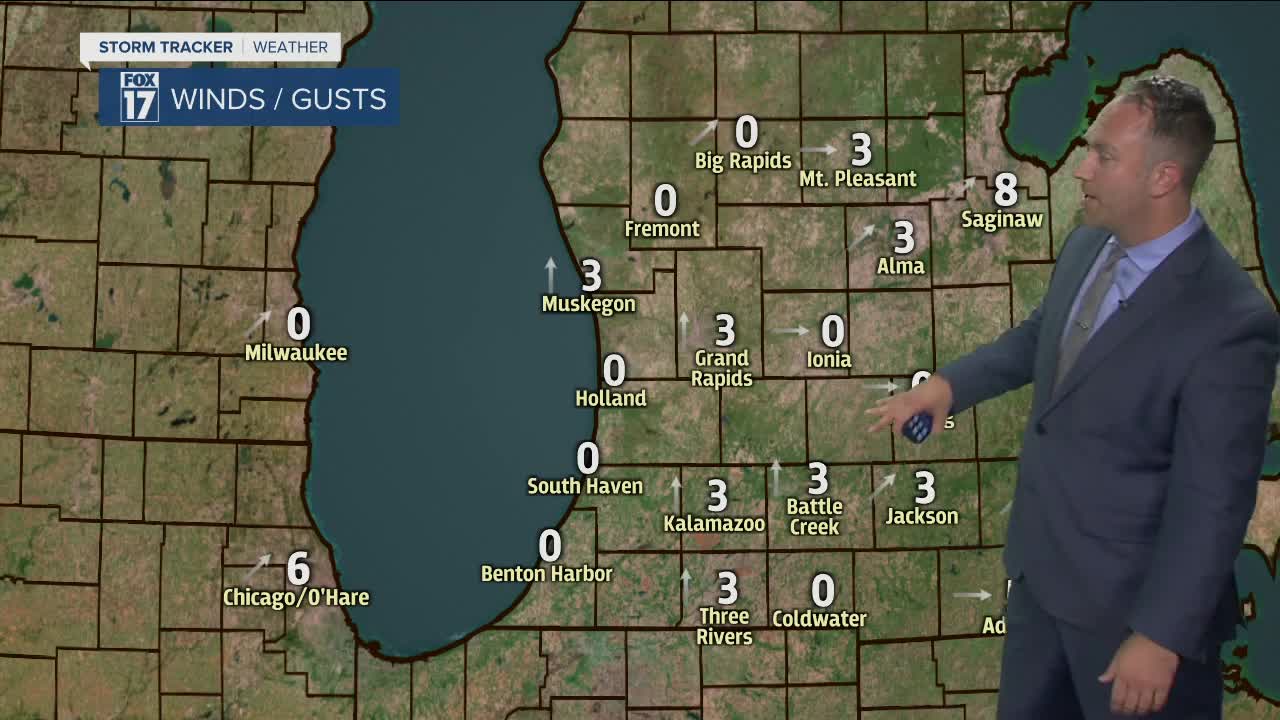 Warm and dry into the weekend 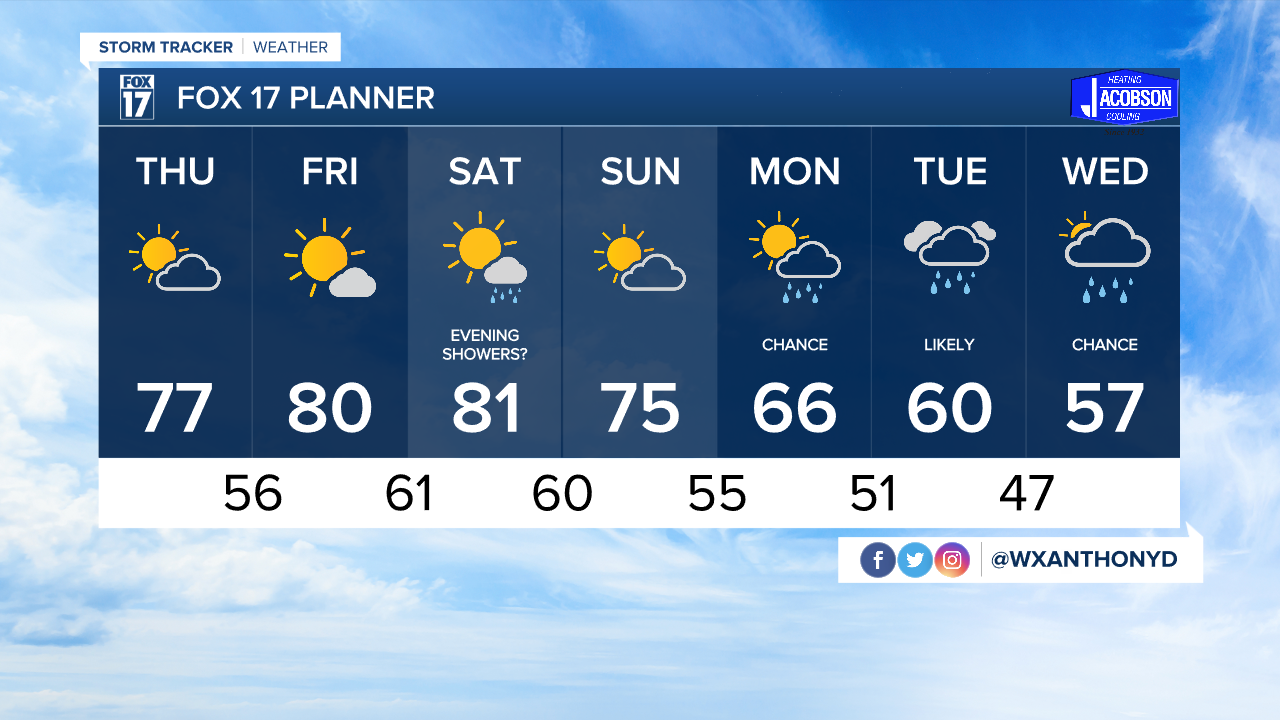 WEST MICHIGAN — The forecast from FOX 17 Meteorologist Anthony Domol: Pleasant weather will stay with us for the first few days of autumn with a quiet weather pattern dominating, other than a cold front bringing a sprinkle or light shower to parts of the area tomorrow, mainly north of Grand Rapids. Things will change next week as the jet stream pushes south allowing chilly air to invade the Great Lakes and much of the Midwest pushing our temperatures below average. The prospects for rain later Saturday/early Sunday appear lower now so much of the weekend should remain on the dry side. Expect showery conditions to return for the early to middle part of next workweek.

TOMORROW: Partly cloudy. A slight chance of a shower or two late, mainly north of Grand Rapids. Highs in the middle to upper 70s. Southwest winds at 5 to 10 mph.

FRIDAY: Mostly sunny and warm. Highs around 80°. South/southwest winds at 5 to 10 mph.

SATURDAY: Partly sunny. A chance of afternoon/evening showers, with a few rumbles of thunder also possible. Highs around 80°.