Tonight's Forecast: Mostly clear, but not as chilly

Warm Wednesday, much cooler to end the week 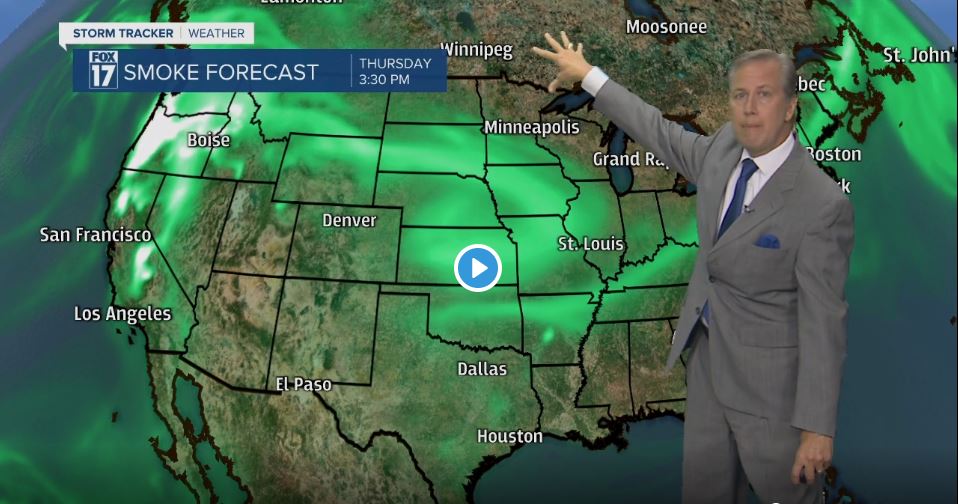 Wednesday Will Be Our Warmest Day 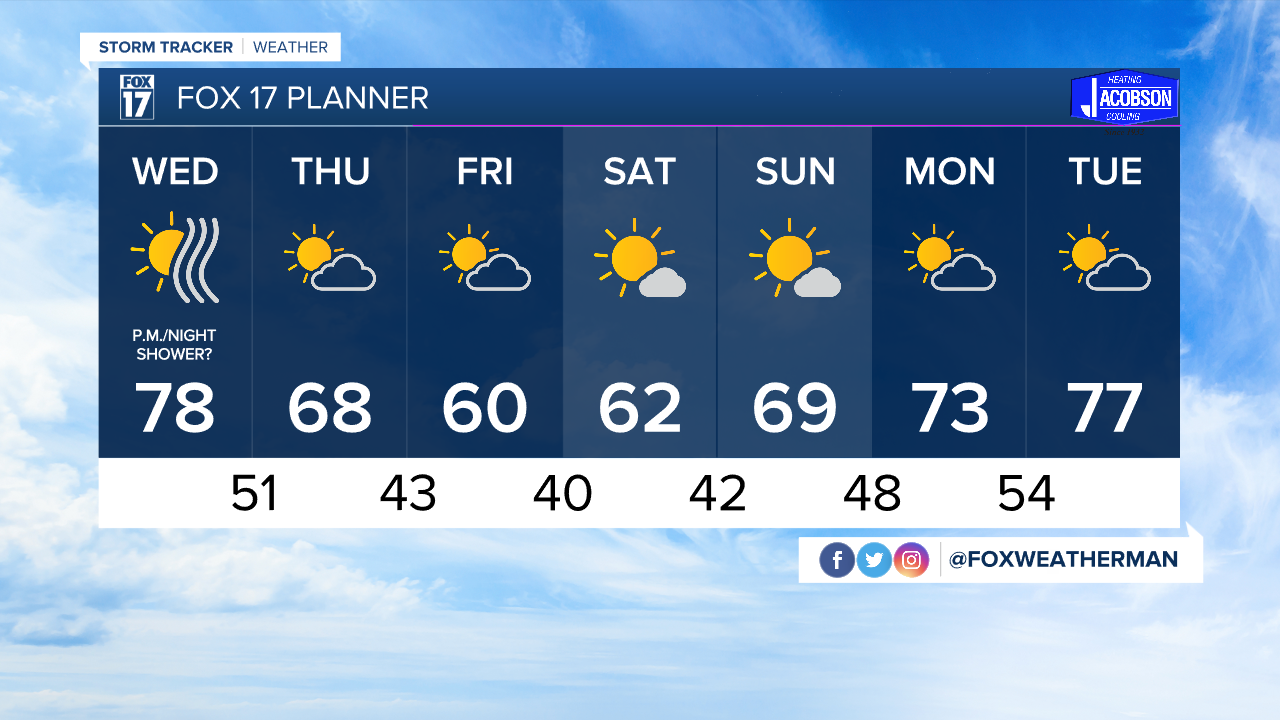 WEST MICHIGAN — The forecast from FOX 17 Chief Meteorologist Kevin Craig: Expect a mostly clear sky tonight...perhaps a smoky haze, but temperatures won't be as chilly as last night due to a south/southwest wind. These winds will change Wednesday evening as a cold front passes, and there could be a shower associated with it. It will still be a bit hazy at times overnight and Wednesday, but a northeast to north wind behind that cold front should clear that haze away for Thursday, Friday, and Saturday.

TONIGHT: Mostly clear and milder. Lows in the upper 50s. Southwest winds at 5 to 15 mph.

TOMORROW: Morning sunshine, hazy, and smoke, otherwise the clouds thicken in the afternoon as a cold front approaches. Warmer too. Highs in the upper 70s. Southwest winds at 10 to 15 mph becoming westerly in the afternoon.

THURSDAY: Partly cloudy and cooler. Highs in the upper 60s. Northeast winds at 5 to 15 mph.

FRIDAY: Partly cloudy and cooler still. Highs only around 60°.