Frost/Freeze Potential away from the lake by early A.M. 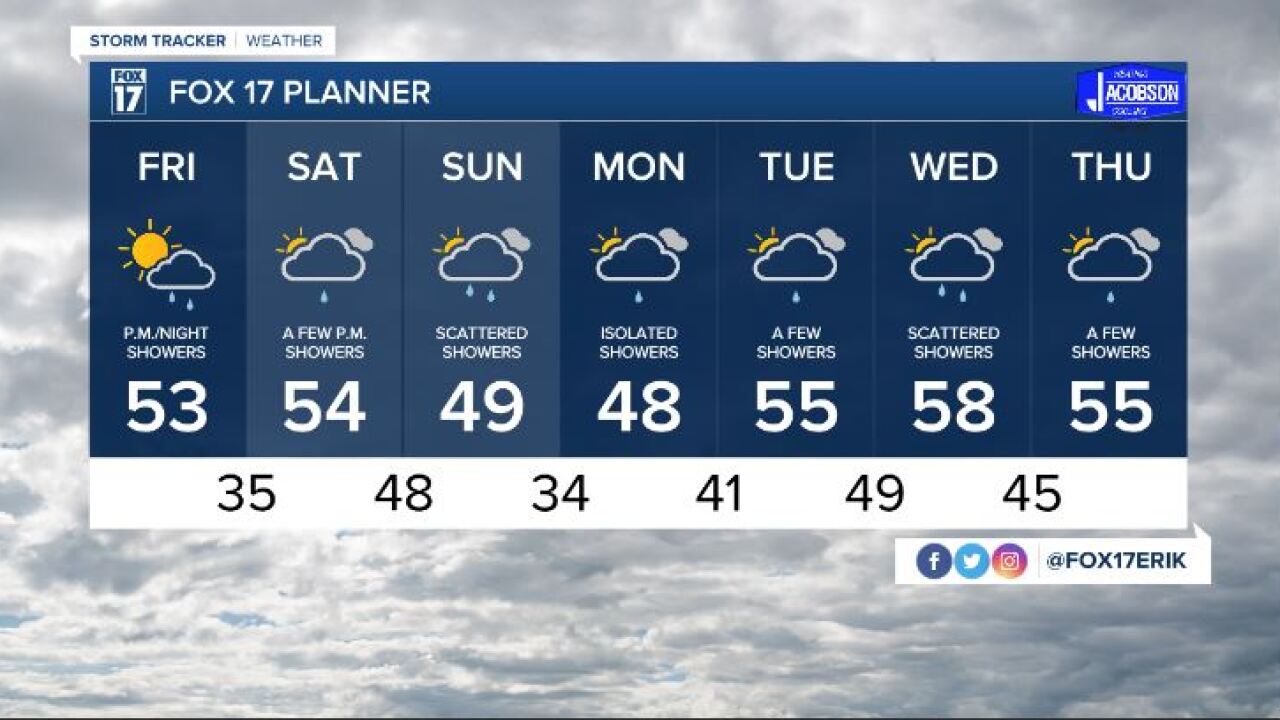 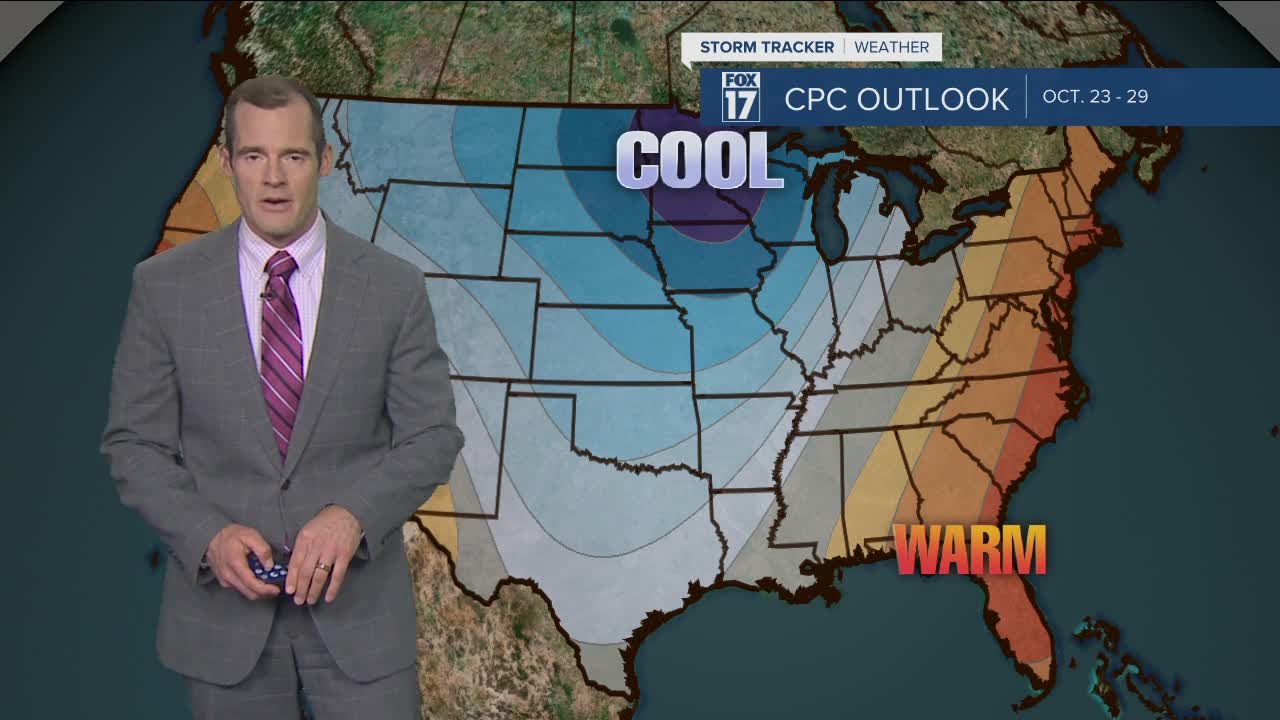 WEST MICHIGAN — The forecast from FOX 17 Meteorologist Ty Shesky: Below average temperatures will stay with us into early next week. Overnight lows will be in the 30s the next two nights, giving many frost and freeze opportunities into the early morning hours. Plan ahead for any plants or vegetation you still have outdoors.

TONIGHT: An evening shower is possible, otherwise decreasing clouds and chilly. Areas of frost and freezing temperatures are likely in inland/rural locations. Lows in the middle 30s, but lower 30s are expected in those favored cold spots. West/southwest winds at 5 to 10 mph becoming light and variable.

TOMORROW: Frosty to start with partly cloudy skies during the morning, but becoming mostly cloudy in the afternoon. Lake effect rain showers will be possible in the afternoon and evening. Highs in the lower to middle 50s. Breezy with southwest winds at 10 to 20 mph, gusting higher at times.

TOMORROW NIGHT: A chance of evening showers, with a few wet snowflakes mixing in north of I-96 and away from the warm lake waters. Partly to mostly cloudy with lows in the middle 30s. South/southwest winds at 5 to 10 mph.