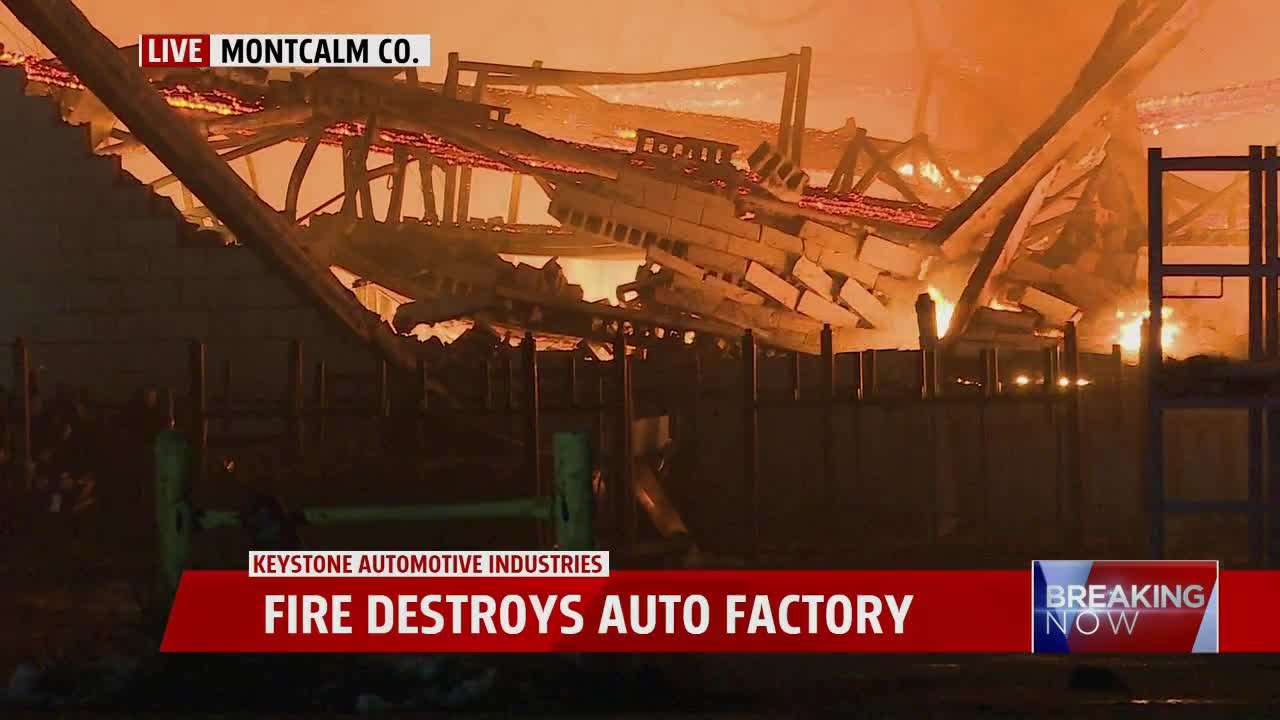 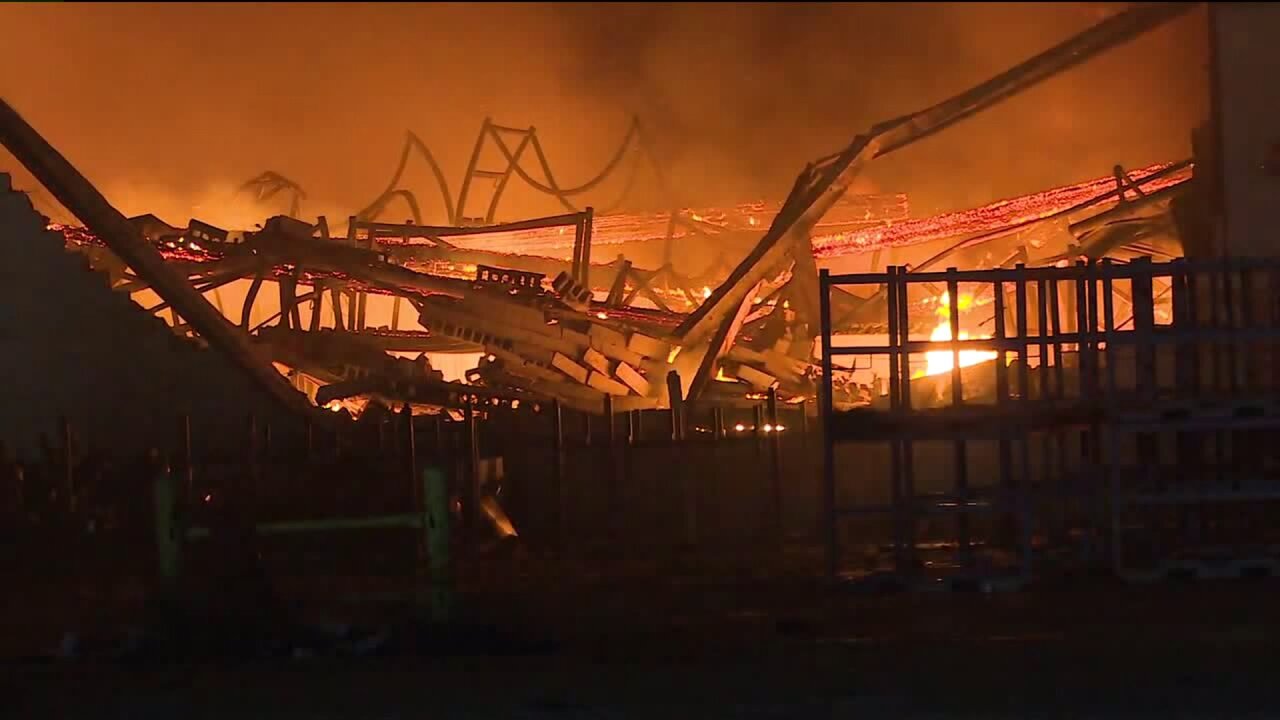 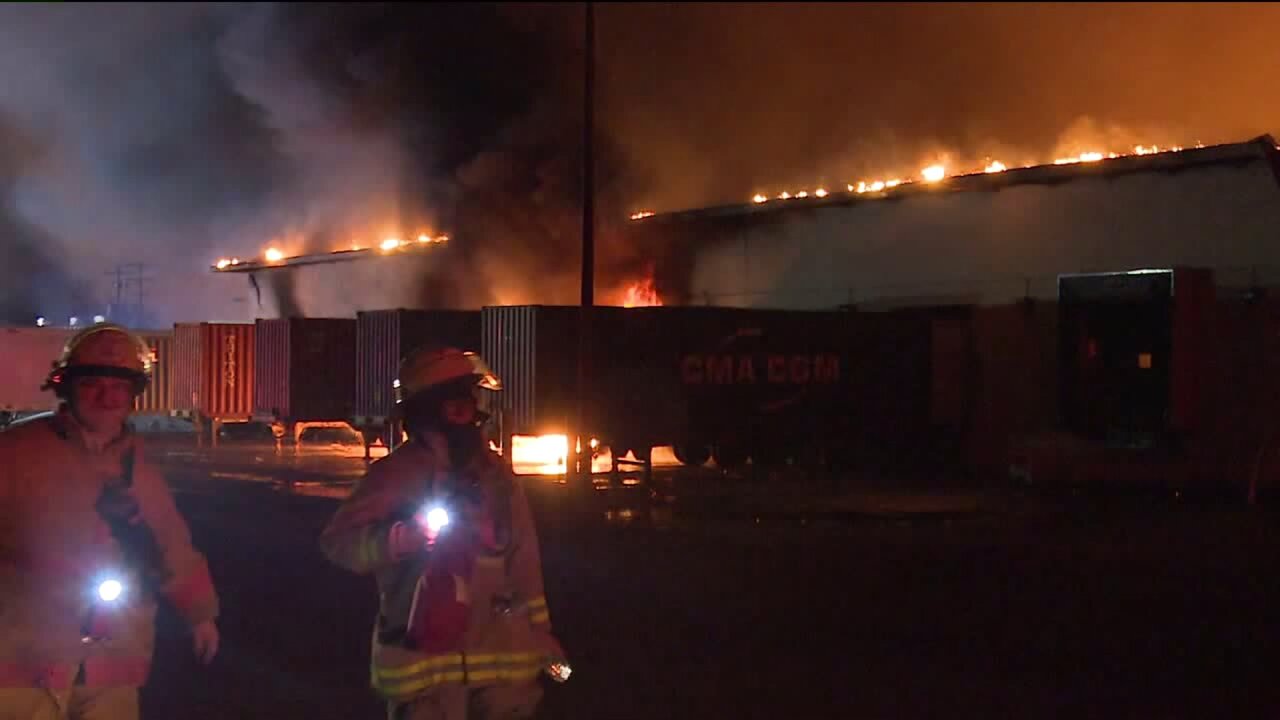 Authorities told FOX 17 around 11:20 p.m. there was no early word on what may've sparked the fire. However, they did say there were no reported injuries at the time.

Firefighters were trying to douse flames shooting out of the roof as midnight approached. Somewhat windy conditions didn't help, nor did the 32-degree weather. The fire appeared to cover one end of the large building to the other, with large plumes of smoke
coming out.

Montcalm Township Fire was leading the fire fight, but also assisting were crews from the following departments: Greenville, Maple Valley, Belding, Stanton, Lakeview. In addition,
firefighters from two departments in northeast Kent County were summoned to the scene on a mutual-aid call: Spencer and Oakfield townships.

There was no report of any major roads being blocked.

FOX 17 spoke to Montcalm Township Fire Chief Cliff Dickinson, who said that the fire started in the office area of the property, according to the passerby who reported it. Ten departments were dispatched to fight the fire with two more standing by.

He said that the tunnels that connect the buildings in the facility allowed the flames to spread with ease.

The department has spoken with the manager of the company and say that she does not believe anyone was inside.

They say that the building is a complete loss, and nothing will likely be salvageable.

There have been no injuries so far. Crews will continue to fight the blaze for at least the next few hours, although the operations could potentially take longer than a day.