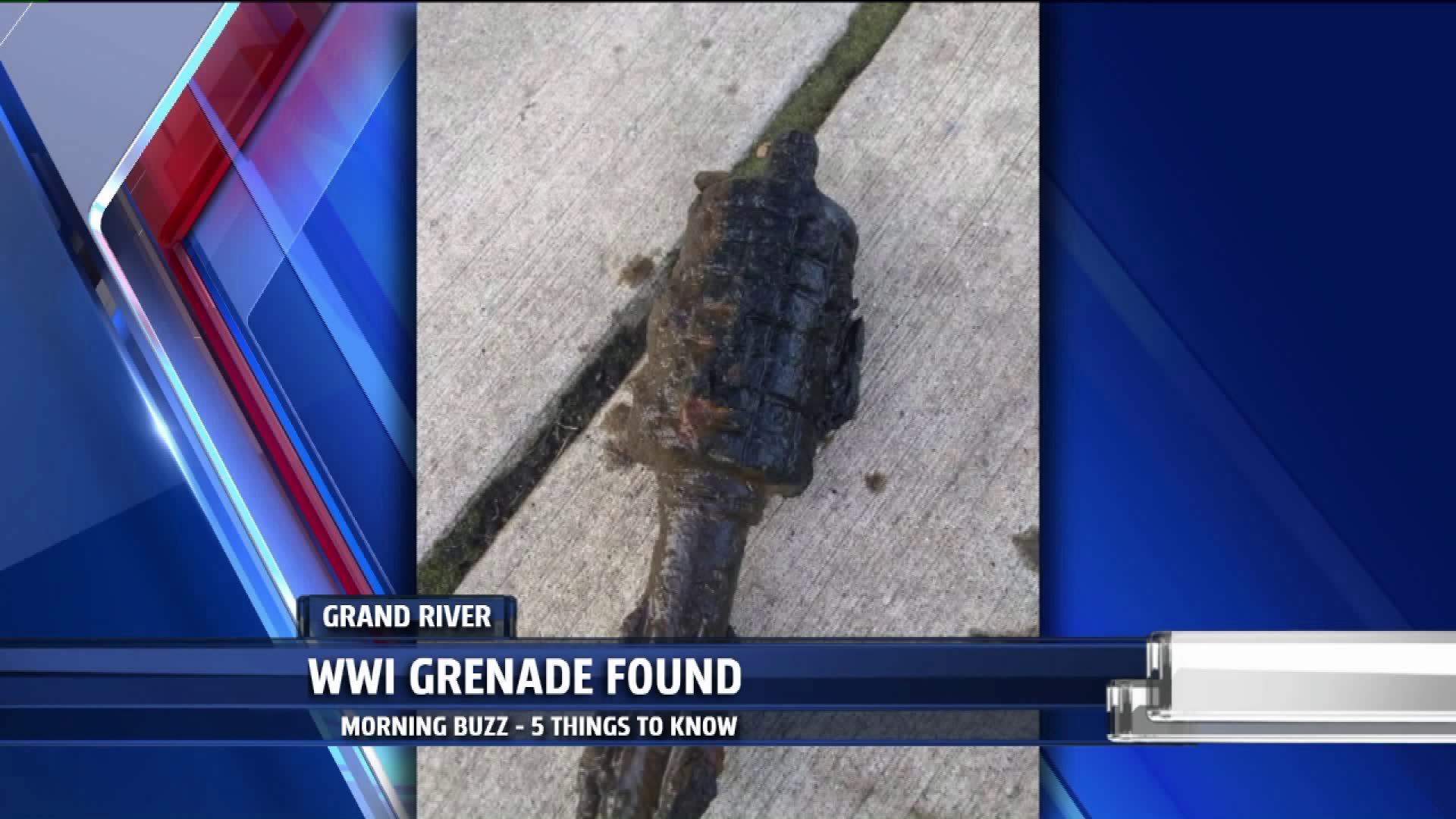 1. A magnet fisherman caught something unexpected in the Grand River, a vintage grenade.

Joseph Alexander thought he pulled out some sort of missile at first and was surprised to find something like that so close to the city.

He called the police to check it out, and they confirmed it was not only a World War I grenade, but it was still live.

Joseph says the police are going to use C4 to detonate it, but he hopes they'll let him keep a few pieces of it.

2. It's not quite Thanksgiving, but Christmas has arrived in Grand Rapids.

The city's Christmas tree was put up on Tuesday by Rockford Construction. The 41-foot-tall tree came from Dutchman Tree Farms in Northern Michigan.

It will take a few days for the tree to settle before it's decorated, and everyone is invited to the tree lighting ceremony on December 6.

This Friday also marks the start of the ice skating season at Rosa Parks Circle as long as the weather cooperates.

3. Here's your chance to get in a workout before eating all that turkey. The annual Grand Rapids Turkey Trot is on Thursday, Thanksgiving morning.

The 5K happens at 8 a.m. outside Van Andel Arena in downtown Grand Rapids. It costs $40 to register.

4. Stressed about cooking your own turkey for Thanksgiving? Popeyes wants to take that off your plate.

The fast-food chain is bringing back its Cajun-Style turkey just in time for Thanksgiving.

For about $40, you can order a 10 to 14-pound bird for your main holiday dish. The turkey is hand-rubbed Louisiana seasoning and flash-fried for crispy skin.

The best part? It's fully cooked, so all you have to do is thaw it and heat it in the oven before serving.

customers can pre-order their Cajun Turkey over the phone or in-person at their local Popeyes restaurant.

5. Thanksgiving is on Thursday,k and a lot of people already have their meals planned out. For many, it's about more than the turkey or ham.

Check out this map form Google, showing the most searched side dish for each state.

In Texas, the most searched side dish is fruit salad, while in Columbus people are Googling stuffed mushroom recipes.

Michigan ended up going with mac and cheese. But the most popular searched side dishes in the U.S. are casseroles, veggies, and stuffing.