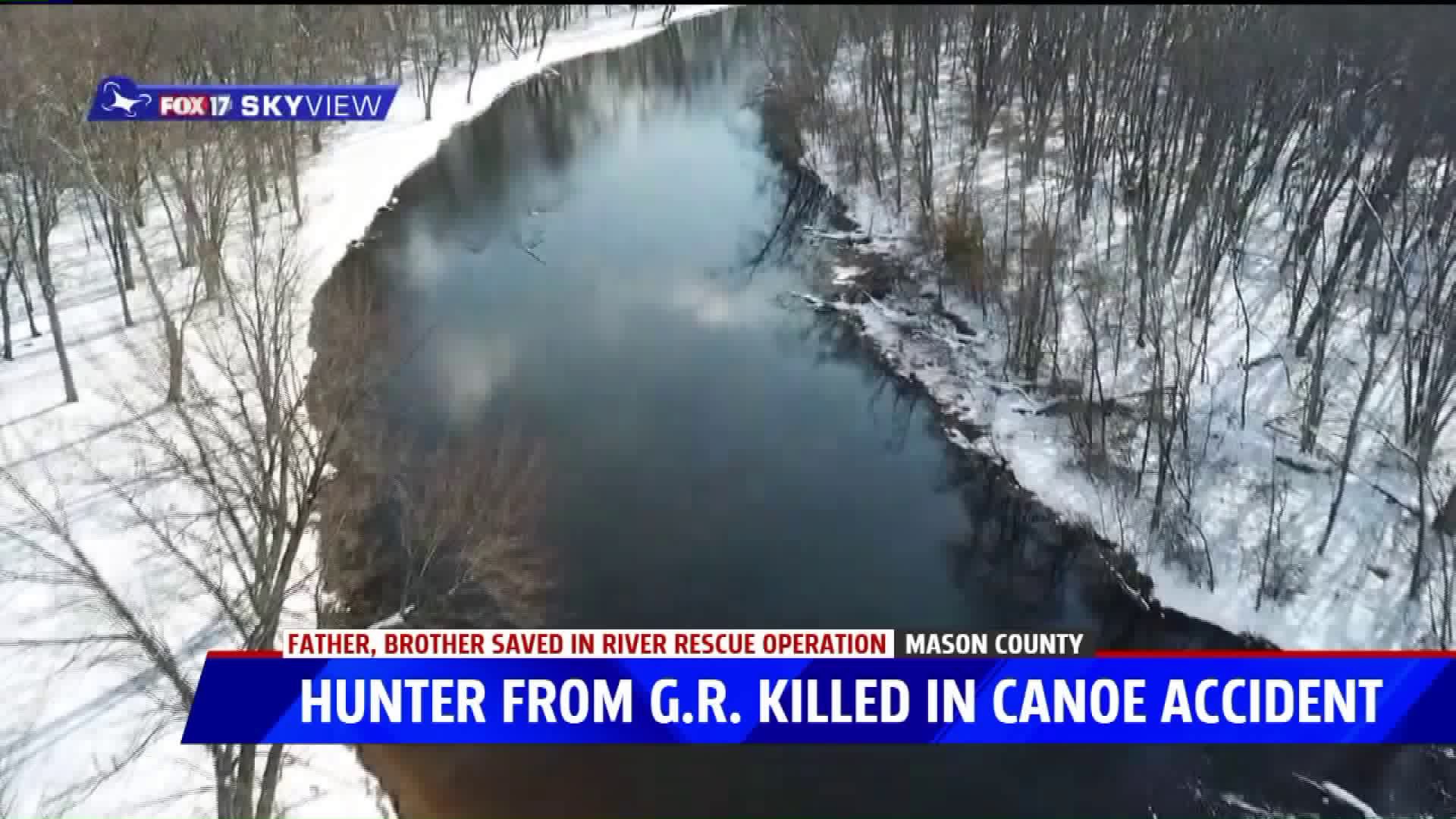 AMBER TOWNSHIP, Mich. — A Grand Rapids-area man died Friday after a canoe he was in overturned in a river near Ludington.

Emergency crews were called around 7:35 a.m. to the Pere Marquette River near the Scottville boat launch in Amber Township, east of Ludington. The three men were hunters and were on their way to a hunting spot.

Family has identified the victim as 48-year-old Steve Borkowski. His son said his father was an avid outdoorsman who loved spending time his his family.

A courtesy photo of Steve Borkowski.

Authorities say Borkowski was in the canoe with his 76-year-old father and 45-year-old brother when it hit a log and tipped over.

The family and emergency responders both performed CPR on the Borkowski, but their efforts were unsuccessful. The victim was pronounced dead at Spectrum Health Ludington Hospital.

The 76- and 45-year-old men were treated for hypothermia at the hospital.