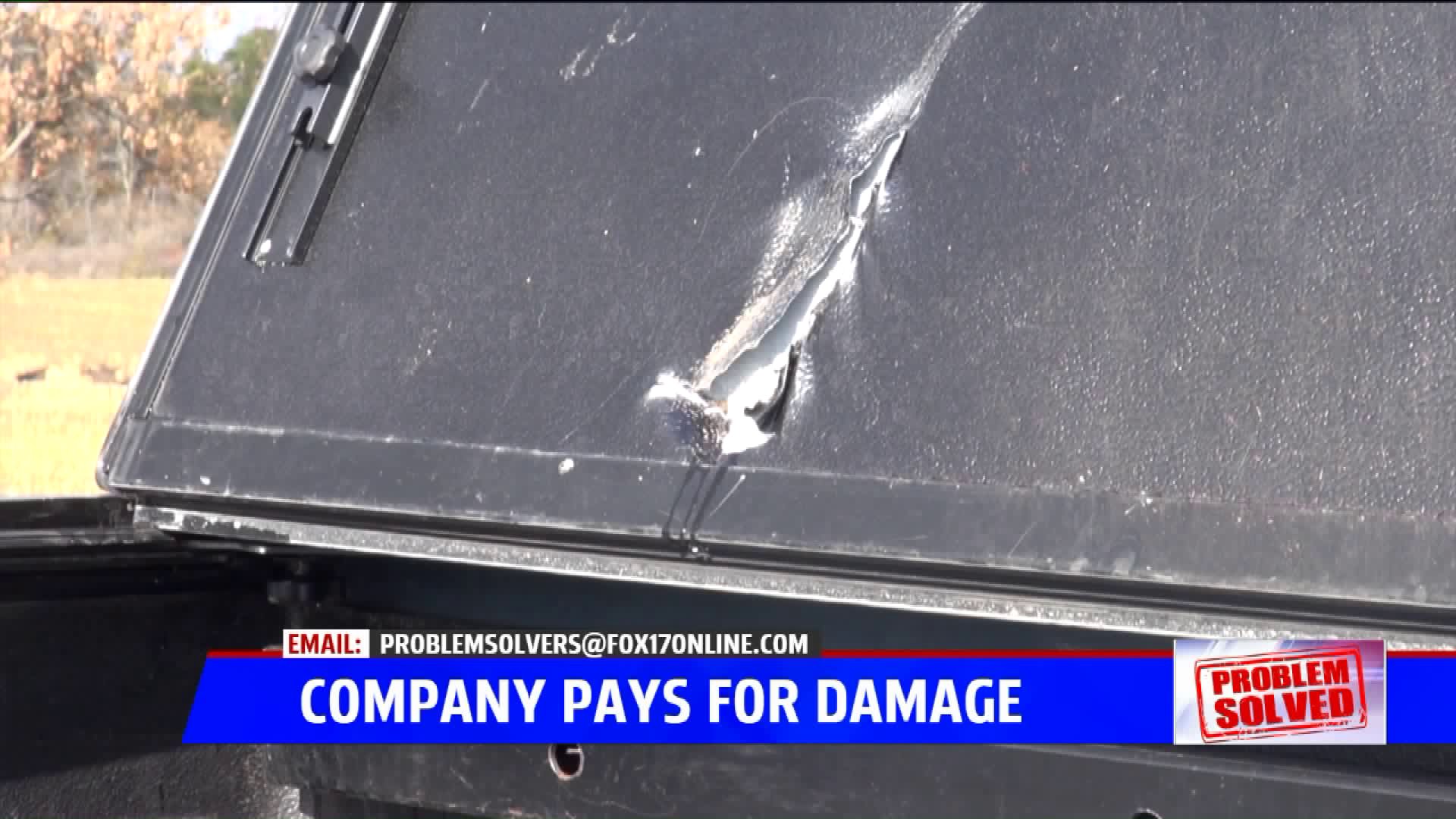 KENT CITY, Mich. -- Toby Burke says he's tried not to get bent out of shape, but that's exactly what happened to his truck when he purchased mulch from Majestic Landscape Services in Sparta back in August.

“The bucket became unattached from the loader and fell into the bed of my truck," he recalled.

The bucket dented his tailgate and gouged the bed cover which are not cheap fixes.

“They retail for about 900 bucks," Burke said of bed covers. "The tailgates aren’t cheap either.”

But the Kent City resident says getting the business to take action on making repairs became a never-ending chore.

“It’s been 55 days now," he said. “I’ve been there several times inquiring where they are with my claim.”

“Seems like they weren’t accomplishing much with the whole process... with my claims," Burke said.

So Burke contacted the FOX 17 Problem Solvers, and we called Majestic Landscape Services. A manager said the business takes full responsibility for the incident and that Majestic was just waiting for its insurance company to approve paying for the work.

After that call, things quickly changed.

Wednesday, Burke said, “I got a call from them the following morning."

"He advised me to go down to the auto repair place and set an appointment for them to fix my truck," he recalled.

He’s got it back now with a new tailgate and bed cover.

"I figured that there was no doubt in my mind that they had some motivation behind getting some action going, ya know, because of your phone call to them. I spoke to my wife about and she got a chuckle too. Otherwise we’d still be talking about it," Burke said.

Majestic declined an interview but said it's an unfortunate incident that it's glad to have resolved. The business got tired of waiting on insurance for approval. So it went ahead and paid for the repair out of pocket and will hash it out with insurance for reimbursement.