The President said a U.S. special operations forces mission went after the ISIS leader and there were no U.S. deaths during the mission.

No US service members were killed in the operation, a US official told CNN.

CNN reported early Sunday morning that al-Baghdadi was believed to have been killed in the raid, according to a senior US defense official and a source with knowledge. The final confirmation was pending while DNA and biometric testing is conducted, both sources told CNN. 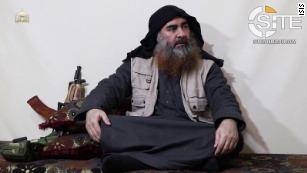 ISIS leader al-Baghdadi believed to have been killed in a US military raid, sources say
Al-Baghdadi became the leader of Islamic State of Iraq (ISI) in 2010. In 2013, ISI declared its absorption of an al Qaeda-backed militant group in Syria and al-Baghdadi said that his group would now be known as Islamic State in Iraq and the Levant (ISIL or ISIS). 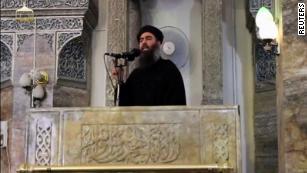 Al-Baghdadi has been in hiding for the last five years. In April, a video published by the ISIS media wing al-Furqan showed a man purporting to be al-Baghdadi. It was the first time he had been seen since July 2014, when he spoke at the Great Mosque in Mosul.

CNN’s Ryan Browne and Phil Mattingly contributed to this report.