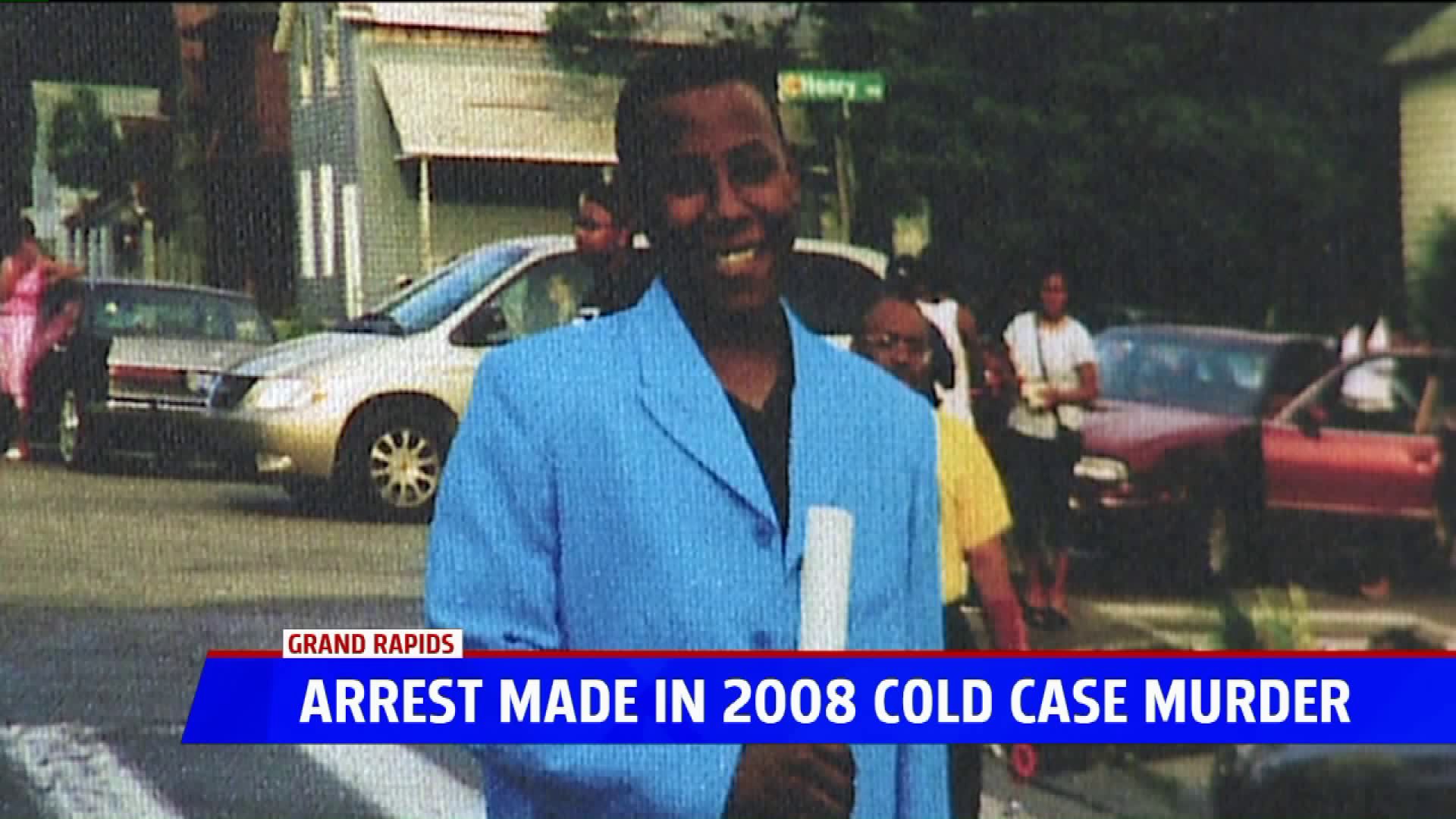 GRAND RAPIDS, Mich. — A cold case older than a decade may have been solved with the arrest of the alleged killer.

Frances Molson's son, Richard Dannah, was shot to death in May 2008. This week, she learned police arrested Derrick Anthony Brown and charged him with open murder.

Dannah was just 19 years old when a bullet struck him in the chest when he walked outside while at a party on Adams Street in Grand Rapids. Molson said it's believed that Brown was trying to rob someone else when her son was killed. Over the years, his mother's begged for witnesses to speak up.

She says Brown, an acquaintance from the neighborhood, was a person of interest all along.

Years after the shooting, Brown went to prison for home invasion and two armed robbery convictions. He's currently serving a minimum 30-year sentence. We don't know yet what that evidence is in the murder, but this determined mother says she stayed in constant communication with detectives.

"They know me when I come in the police station now. 'Oh Lord, here comes Fran.' They call right on upstairs," she chuckled.

"I called them every week for the past 11 years. Non-stop. If I hear something I let them know. 'Look into this. This is what I heard,'" she explained.

Now Molson says vigils for Richard and visits to his gravesite will be different as she believes her son is closer to getting justice.

"He flipping over. He jumping for joy," she said.

"It was going to take my last breath to make sure he paid for what he did to my son, and I'm still breathing and he getting ready to pay," Molson said.

Brown is due back in court later this month.