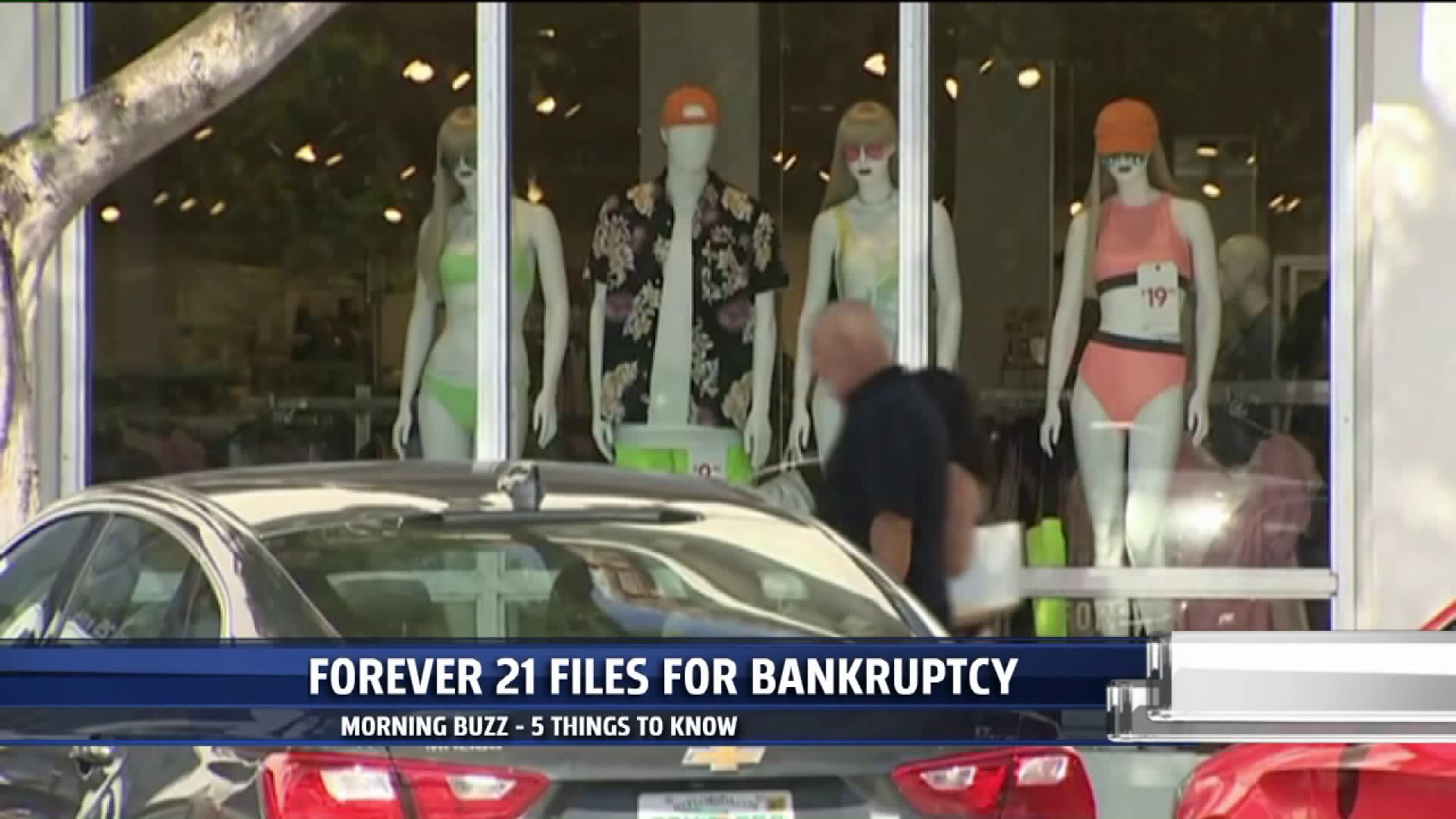 1. The Grand Haven South Pier Catwalk will have the lights turned back on tonight.

The catwalk was taken away in 2016 before the U.S. Army Corps of engineers started the$2.6 million rebuild of the south pier.

The Grand Haven High School band will be playing, plus there will be an airshow and fireworks after the illumination.

The event starts at 7:30 at the pier and beach. Parking is available at the city beach parking lot and state park.

The singer posted a message to Facebook on Sunday saying, "We had to postpone the concert, we tried every way to watch the weather to keep you safe, lighting was everywhere and we just couldn't put you guys in danger."

That show was supposed to happen in Richland as part of the country singer's farm tour. So far a new date for the show hasn't been announced but we will keep you posted.

Forever 21 announced on Sunday it could close up to 178 of its more than 800 stores nationwide.

Forever 21 is the latest in many retailers having trouble fending off online competition. Since the beginning of this year, more than 8,200 brick and mortar shopping stores have closed.

In West Michigan, there are stores located at Woodland Mall, The Crossroads in Portage, and at Tanger Outlets in Byron Center.

4.  Fall has just begun, but Nestle is already getting in the holiday spirit.

The ready-to-bake treats are dyed green and individually topped with a red candy heart. Each package makes about 20 cookies and sells for $3.

5. Bundle up and get ready to hit the slopes, because this company is sending 12 lucky winners to the world's top ski spots.

Ski.com, the largest provider of ski vacations in North America, will pay you to travel and shred some snow at some of the most sought after ski locations in the world.

The skiers and snowboarders will be sent to either Aspen Snowmass, Colorado, Jackson Hole, Wyoming, Big Sky, Montana, Banff, and Lake Louise, Canada, Chamonix, France, or Niseko, Japan. They'll be tasked with created awe-inspiring social media content for the company.

Each person will get $2,000, an all-expense-paid VIP resort experience, and all the gear they'll need to document their journey.