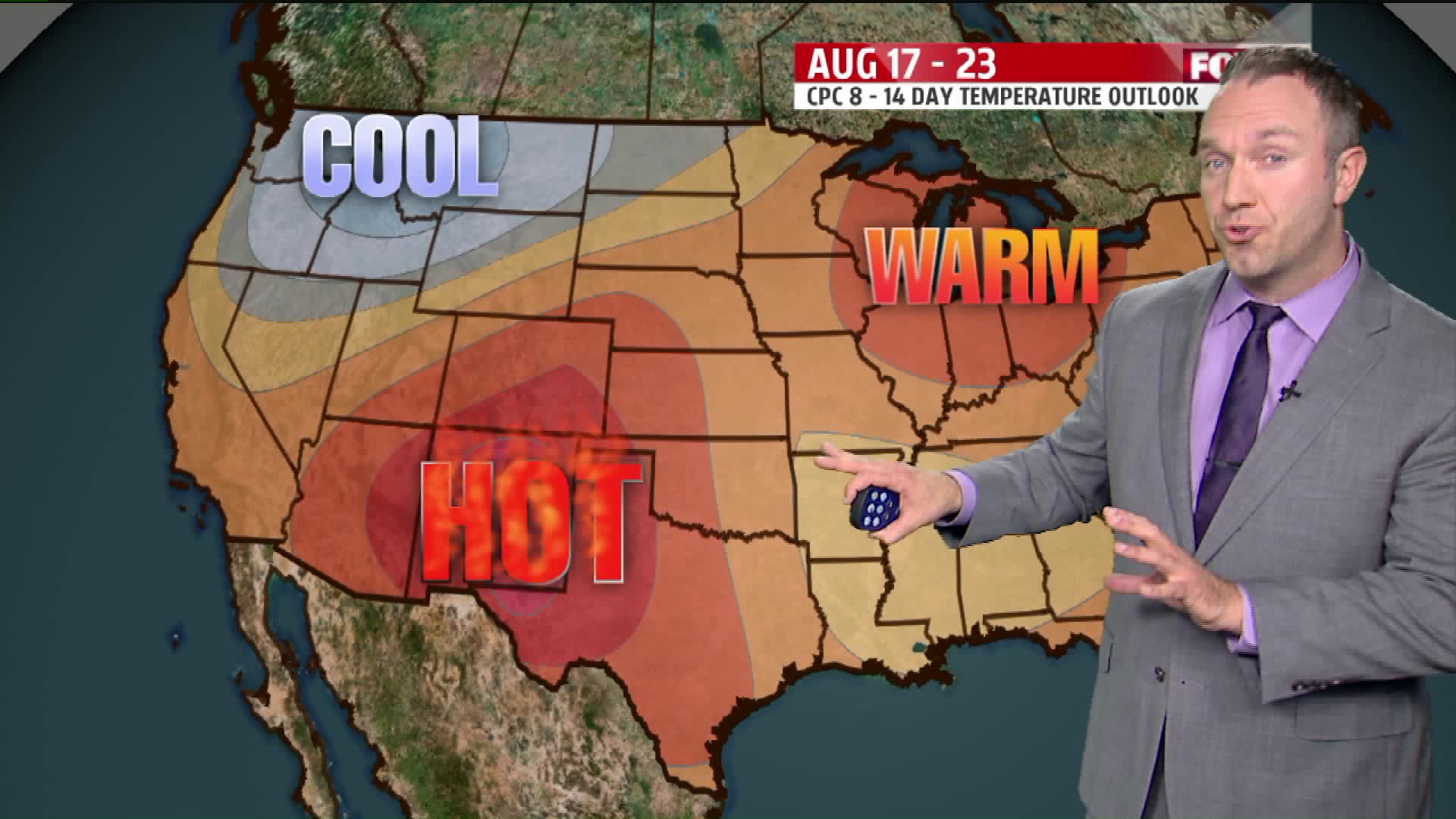 WEST MICHIGAN-- Great looking weather conditions are in store for today across West Michigan as mostly sunny to partly cloudy skies are to be in control. High temperatures head for around to the lower 80s for most locations.

After two straight breezy late mornings and afternoons, we see lighter winds across the region today. Beach and boating conditions are looking to be in excellent shape. A few fair-weather cumulus clouds will pop up late morning into the afternoon and some high-level cirrus clouds will likely drift back in this afternoon but overall very bright Saturday weather is in the cards.

A partly cloudy evening will take us into the overnight with low temps bottoming out around 60 degrees by daybreak Sunday. Clouds will tend to increase in the overnight period and a slight chance for a shower exists as we go through Sunday morning and perhaps into the early afternoon as well. Coverage of precipitation will not be great nor will the intensity of any showers that do manage to show up. What can be anticipated, however, is an increase in clouds for Sunday leading to sky conditions that will be classified as partly sunny overall but perhaps mostly cloudy for a time especially during the morning and early afternoon. Readings eventually will climb back to around 80 to the lower 80s by day's end on the back half of the weekend.

A more formidable weather system is set to arrive later in the day on Monday bringing the threat for heavy rain to West Michigan. Some models are generating well over an inch of rainfall for portions of West Michigan later Monday and through the early hours of Tuesday. Stay tuned to this early week forecast for updates with regards to where the heaviest rain will occur with this system.

Depending on the eventual track of low pressure, the issue of thunderstorms will be determined as well. With a more northerly track, enough warm and humid air could rush in to heighten the prospect of strong / severe storms. A more southerly track would keep us mainly in just a heavy rain threat. As of this writing it appears as though the strong to severe threat would remain just off to our south.

Nevertheless, this system pulls away by late morning Tuesday leaving us with just an isolated shower chance on its backside later Tuesday into Wednesday. Temperatures will cool down a bit for Wednesday and Thursday before a potential push of heat and humidity returns to the Midwest next weekend.