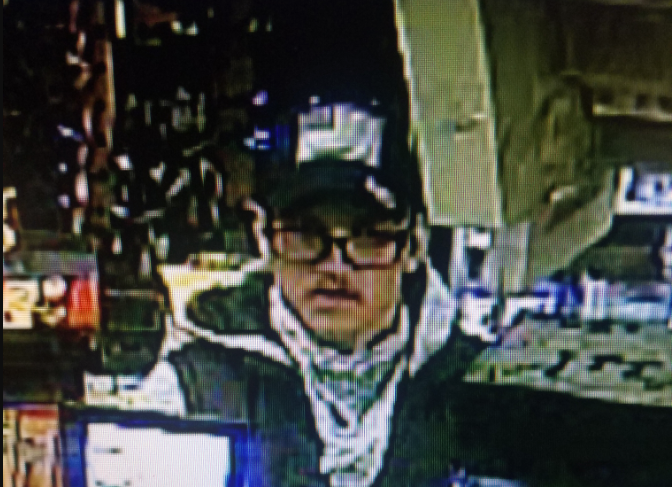 HOLLAND, Mich. — Police are looking for a suspect after a Speedway gas station was robbed early Sunday morning.

At 2 a.m. Sunday, the Holland Department of Public Safety responded to a report of an armed robbery at the Speedway gas station at 800 S. Washington St.  The investigation showed that a suspect entered the store and after displaying a handgun took both cash and cigarettes.

The suspect then fled from the area in a darker colored sedan and was last seen northbound on South Washington Avenue.

The suspect is described as a white male, 20 to 30 years old, approximately 5 feet 10 inches tall with an average build.  He was last seen wearing a black baseball hat, a black vest over a gray hooded sweatshirt, blue jeans and tennis shoes.

The suspect also was wearing dark glasses and had a white bandanna around his neck.

The Holland Department of Public Safety Police is actively investigating this incident and pursuing any and all leads. Anyone who has information that may help in this investigation is asked to contact Holland Public Safety at (616) 355-1150 or to e-mail investigators at policetips@cityofholland.com.

People wishing to remain anonymous may contact Silent Observer by calling 1-877-887-4536, texting OCMTIP and a message to 274637 or they may go online and submit a tip using the online form at http://www.mosotips.com.