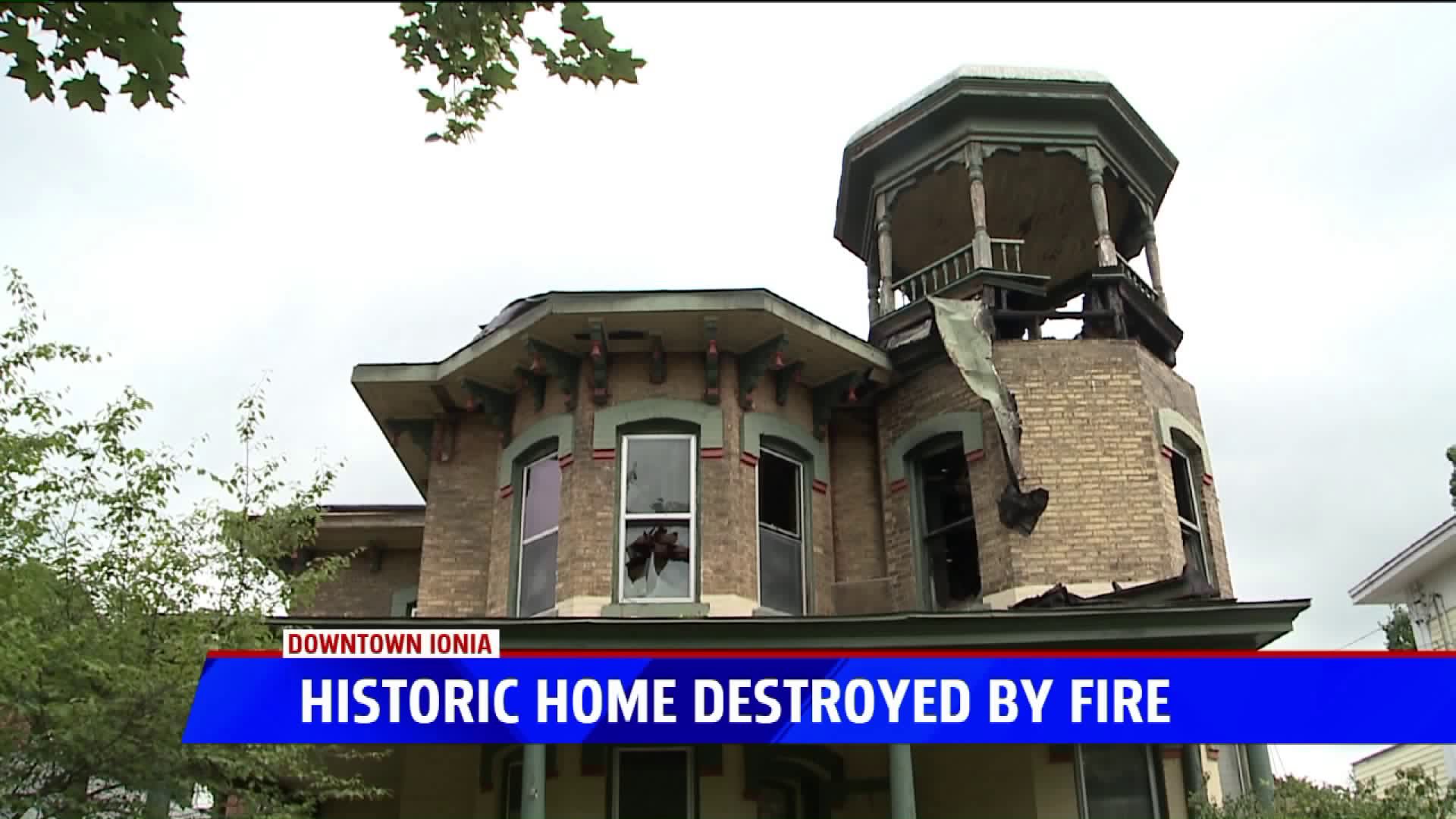 IONIA, Mich. — A historic home in downtown Ionia caught fire in the middle of the night, severely damaging a house that has been there for more than a century.

"At that time all I could see was smoke coming out from underneath the eaves and everything," said next-door neighbor, Kathy Jackson.

She says she saw flames shooting out of her neighbor’s home moments later.

For four years, Jackson has lived next door to the house on East Main street in Ionia where it has sat since the late 1800s. But around 10:45 p.m. it began to collapse in on itself as flames and smoke filled the home.

"It was just blazing they tried getting it out several different times, but it just did not go out," says Linda Eaton, who lives down the street.

It took three fire departments and nearly four hours to put it out. Neighbors said it was the son in the home who first smelled the smoke.

"The son came down stairs and told his mom, ‘I think I can smell smoke upstairs’ so she opened the stairway and could smell smoke also and so they just called 911," Jackson says.

Firefights got them out as soon as they arrived, and they never went back in.

Ionia Pubic Safety said there is a lot of damage on the second floor and roof, but it's hard to say if the home is salvageable.

Residents are worried the home may never be the same.

"It's depressing we have a lot of old homes around Ionia this was one of the more beautiful ones it was very unique," Jackson said.

No one was hurt in the fire. The detective sergeant is meeting with the family's insurance company Wednesday to find out the cause and if the home can be restored.