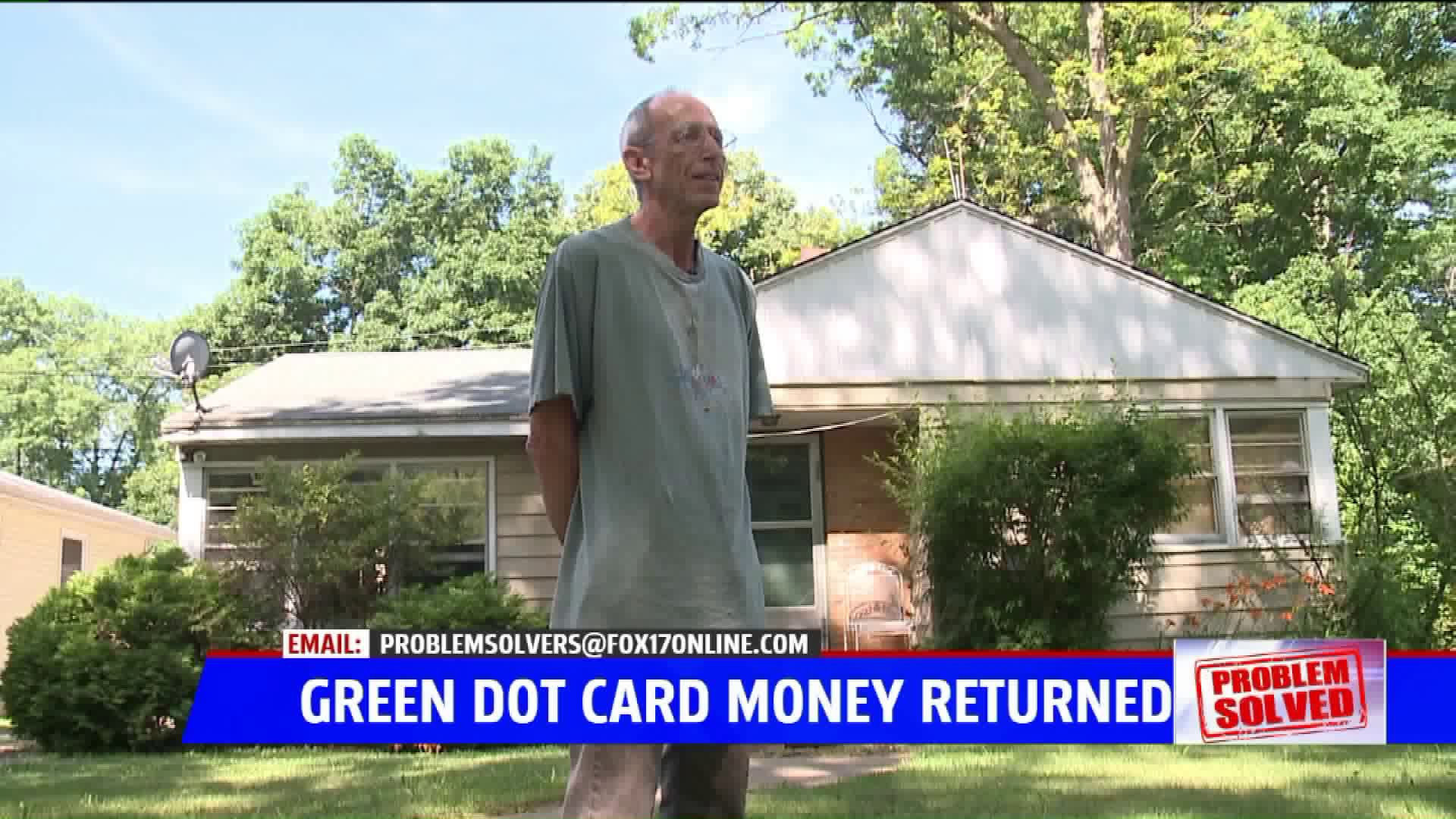 GRAND RAPIDS, Mich. — Bob Stone says a call to the FOX 17 Problem Solvers helped save his home from foreclosure.

He's lived in his Grand Rapids home for 60 years, but he says he couldn’t pay his property taxes after an ATM ate his debit card. That Green Dot prepaid debit card had $2,500 left on it.

Stone says that's money from his and his wife's tax refund that she had directed deposited onto a Green Dot prepaid debit card last year. That's when Stone says the ATM ate the card.

Stone says the card was their only way to access the money.

He says he and his wife got nowhere with customer service and only got the runaround, including allegedly being told the money had been sent back to the IRS. Stone says he found out this wasn't true.

He even tried to reach the corporate office.

The longtime Grand Rapids resident says he'd been trying to get this resolved with Green Dot "for about six months. So, with your help it only took me about two weeks."

Finally connected with the right people at the company, Stone says he (and his wife) proved who they were and Green Dot sent him a new card with their money on it.

"It saved my house. I would have lost my house without it," Stone said.

He says the money allowed him to pay off his delinquent property taxes and get his car fixed.

"There's no question I would have lost the house," he said.

Stone said, "Never would have been able to do it without you. I was getting nowhere fast."