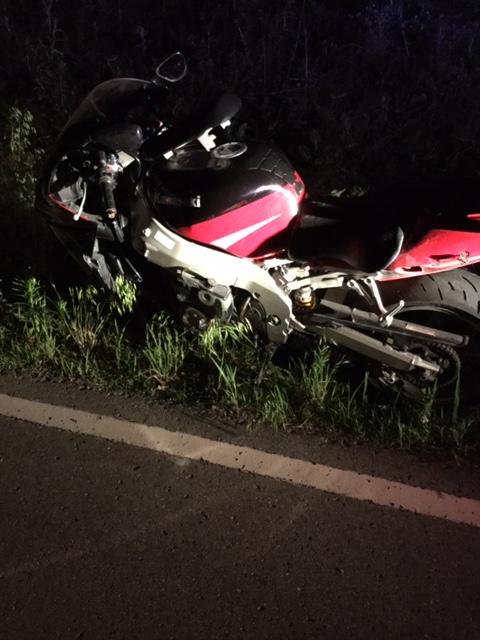 CASS COUNTY, Mich. — A man is hospitalized after a crash involving a motorcycle.

The Cass County Sheriff’s Office reports it happened in the 15000 block of Quaker St in Newburg Township.

They determined he had hit a raccoon, causing him to crash. Tomlinson then walked to a nearby house to ask for help.

He was taken to Three Rivers Hospital for his injuries.

Deputies say alcohol does was not a factor but Tomlinson was not wearing a helmet at the time.

The Cass County Sheriff’s Office was assisted by Newberg Township Fire and Ambulance.