McMillan raising his on base percentage by walking a lot 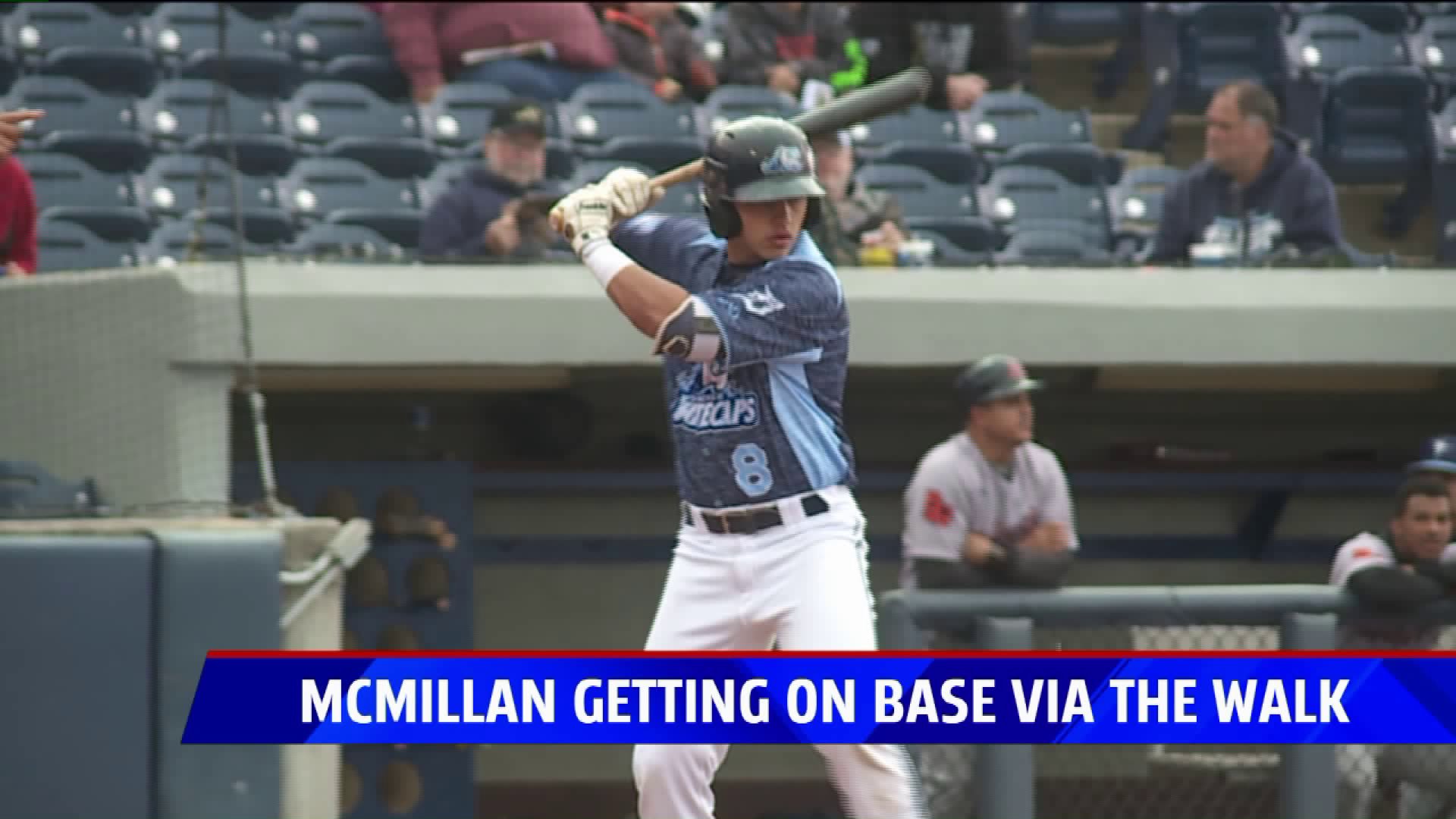 The Whitecaps catcher has a .420 on base percentage

"You don't go up to the plate expecting to walk," McMillan said. "Obviously you are doing whatever it takes to have a good at-bat and to reach and to get on base but really I go up there looking to hit and I go up there trying to put myself in a good count to hit."

He was the Tigers fifth-round pick out of high school two years ago and has been finding himself ahead in a lot of counts. In fact, he has a walk rate of over 22 percent in just over 100 plate appearances so far this season.

"For me, it means that he is seeing the ball well," Whitecaps manager Lance Parrish said. "We always tell these guys hitting is one thing but it is hard enough to hit strikes, let alone chasing everything else around the zone."

McMillan has a batting average of .207, yet his on-base percentage is .420. This would be the third highest in the Midwest League if he qualified.

"That probably means a lot, just because that's what is helping your team," McMillan added. "Whether you hit a single or you get walked, eventually it's kind of the same thing. I'm looking to hit, but I'm happy if I get a walk. Then I feel like I've done a good job. I went up there, had a good at-bat and put guys on base, so maybe we can score.  I'm not a big stats guy, but having an OBP is definitely something I'm proud of."

McMillan hit second in the batting order on Monday. Parrish said he moved him up because of his ability to get on base.

Lance Parrish says "For me I don't care how you get on base as long as you get on base, if you can get on base via the walk or base hit or whatever and you've got a high percentage doing that, you are going to find your way to the top of the lineup."

The Whitecaps wrap up their home stand Thursday at 11 a.m. against Bowling Green.