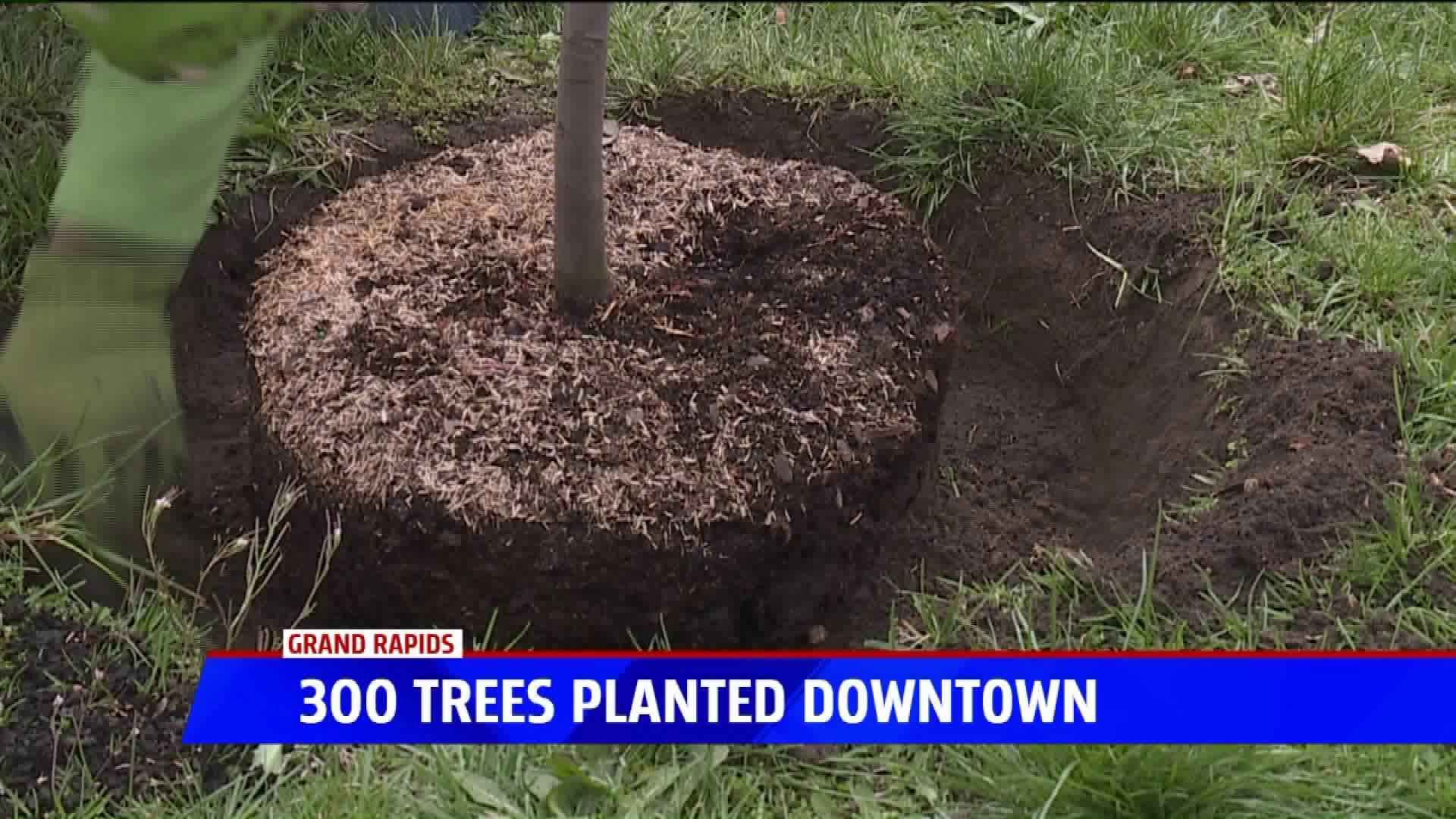 "I would like to see it as soon as possible only because we know it’s good for the environment," Bliss tells FOX 17. "We know that it’s good for neighborhoods."

On Friday evening, volunteers handed out free trees to people at Roosevelt Park, encouraging them to plant them on their property.

Bliss says no taxpayer money was used to put on the giveaway and planting events.

"It’s all supported by donator dollars and sponsorships and then Friends of Grand Rapids Parks," Bliss says. "They do all the work and putting the logistics together and making it come together and so it really is a team effort."

In 2011, the City Commission adopted a "Green Grand Rapids" amendment to the city's master plan to "activate the social, economic and environmental benefits of trees," according to the city.