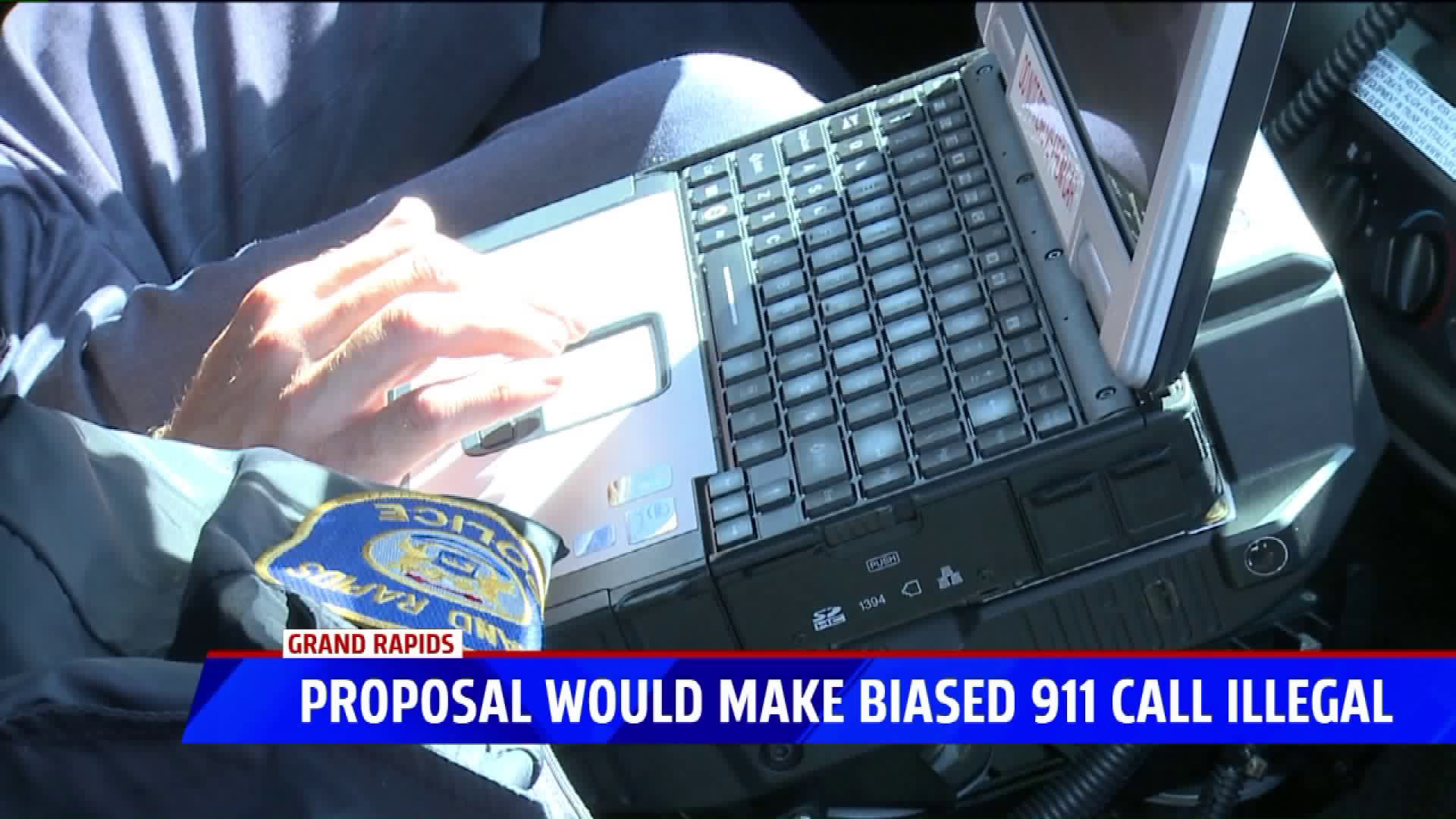 GRAND RAPIDS, Mich. — Grand Rapids officials are considering an ordinance that would make it a crime to racially profile minorities and call police for living their lives.

Nationwide, police receive 911 calls about people of color for things like selling lemonade, having a family cookout or a graduation party.

Grand Rapids is no exception.

“Police were called on a graduation party in one of the parks and it was an African American family,” said Patti Caudill, Grand Rapids diversity and inclusion manager. “Police were called because it got, according to some folks, loud in a city park. Was that because of bias?

“I don’t know, but we want to make sure that people are allowed to live their lives.”

The city says the ordinance isn’t to discourage citizens from calling 911 about possible crimes, but to ask them to check their biases before dialing.

It would also train police and dispatchers to ask questions about why a call is being made.

“The idea is that residents are thinking through what they’re doing before they make a phone call, and when there are people that are going to be using the police department to move forward with discriminatory practices that there’s some way to stop that,” said said Jeremy DeRoo, Linc Up executive director.

Grand Rapids would be the first city in the state to pass this type of ordinance, which could lead to a $500 fine for someone who unnecessarily calls police.

A public comment period for the proposed ordinance will happen at 7 p.m. Tuesday at the city commission meeting on the ninth floor of City Hall. The meeting will also broadcast live on the city’s Facebook and YouTube pages.