No kidding: Newaygo Co Sheriff’s deputies round up loose goats 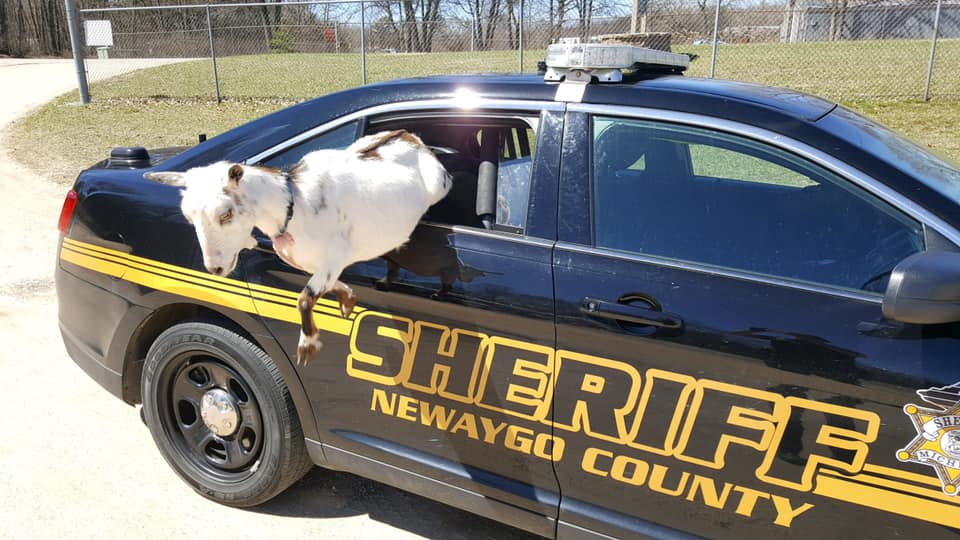 WHITE CLOUD, Mich.  — Newaygo County Sheriff’s deputies are used to taking people into custody, but the ones they rounded up Saturday were of a different breed.

The Sheriff’s Office posted on social media Saturday that it wasn’t “horsing around” when it said officers had to lasso goats that escaped from the back seat of a police cruiser early Saturday afternoon. That led to a “short foot pursuit”, according to police.

It seems the furry animals had escaped from their owners near 8th Avenue in White Cloud just after noon Saturday. That’s when three groups of Good Samaritans saw them heading in the direction of the busy road and sprung into action.

Cathy Stone tells FOX 17 she actually blocked the road – and the animals. “My daughter and friend helped to keep them from going farther. Another couple stopped to help. They were able to stop the goats.”

“I took my sweater belt off and tied the two together (they had collars on). Another passerby called 911 when I asked them…”.

The goats later were placed in the back of the cruiser, and taken to an animal shelter. But once there, one of the goats had other ideas and darted out of the back window. That led to the brief chase and the lassoeing.

It wasn’t a typical “resisting arrest” case, by any means.

So, the Sheriff’s Office says there will be no need to bond them out of a lockup.