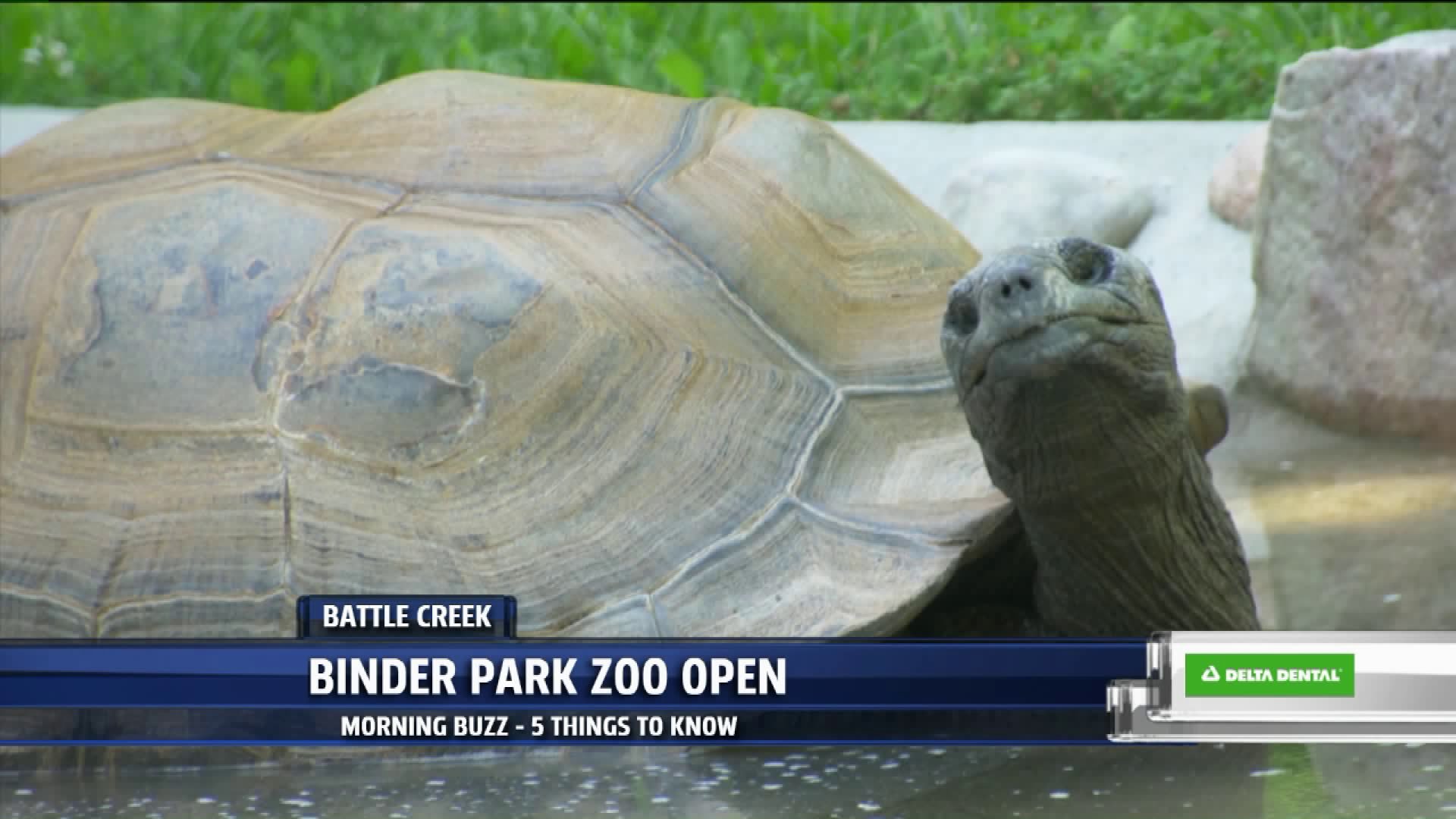 1. The wild things are rolling out the welcome mat for visitors at Binder Park Zoo in Battle Creek for opening day!

Visitors will be greeted by some new furry faces such as 11 new African Painted Dog Pups, born just last November.

There's an array of animals throughout Binder Park along with rides, restaurants, and gift shop.

2. Picture what 12 million people would look like. That's how many, after today, have walked through the doors at Frederik Meijer Gardens and Sculpture Park.

It's predicted that the milestone visitor will happen around noon today.

The organization has been recording attendance since opening the Richard and Helen DeVos Japanese Garden in 2015 and during this year's Fred & Dorthy Fichter "Butterflies are Blooming" exhibition.

3. Looking for a new place to grab a bite to eat? A new bar and restaurant is set to open its doors.

The Grand Opening for Friesian Gastro Pub in Grand Rapids will happen today.

A private, grand-opening event kicks off at 11 a.m. and will open to the public at 1 p.m.

The restaurant is located right off Michigan Street between Duke's Bar and 7 Monks Taproom.

The Friesian will serve up comfort food, drinks, and it'll have a rooftop deck. It should be ready to go by Memorial Day Weekend.

4. A new study shows that the youngest sibling in the family is the funniest.

According to You-Gov, experts say it comes down to personality traits. Older children were found to be more responsible and organized, compared to the freer flowing nature of the youngest child.

46 percent of younger siblings say they're funnier than their elders.

Only 36 percent of the oldest children said they were funny.

5. Ernie from Sesame Street had a rubber ducky as a best friend, but not quite like this! It's a little too big for Ernie's bathtub so this oversized duck will be floating around Lake Erie this summer.

The world's largest duck will be part of Erie's annual Tall Ships Festival in August. It sits more than six stories high and weighs 11 tons.

The duck is an original creation and has appeared in cities all around the world, including Hong Kong and Sydney.