Furniture company accused of not delivering products, failing to refund 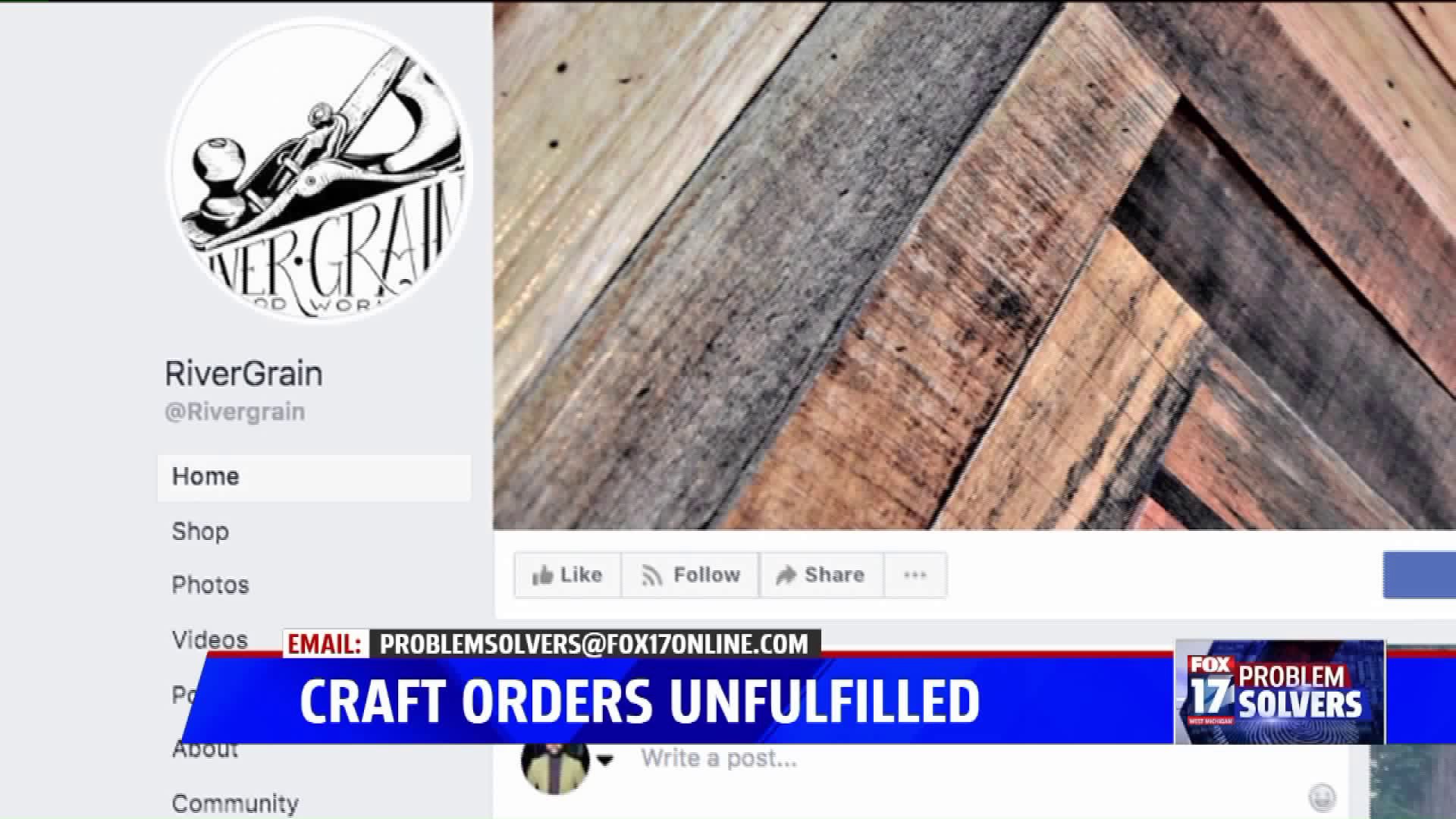 WEST MICHIGAN — Sandra Kohnke said she liked the woodwork she saw advertised online by a furniture company called RiverGrain. She even went to see their products in person. Kohnke said she ended up paying to have a farmhouse bed built in early November 2018.

Kohnk explained, "I signed a contract that stated two to three weeks."

That time came and went. Since then, Kohnke said owner Ian Kelley and his business associate, Ashley Shippy, have given her and her husband nothing but the runaround.

"I asked a couple of times for a refund. My husband asked for a refund, and (Kelley) told us, 'No, we don't do refunds on custom furniture.'"

Jim Tepin, another customer said, "My wife and daughter hooked up a trailer, rode through the snow, got all the way down there, and I got a phone call saying nobody's here."

He said his wife, Michele, made a 72-mile roundtrip to Freeport in December for a scheduled pick up of the furniture that they now believe may not exist.

For $300, Tepin said his family's only been strung along by Kelley with excuses and empty promises.

"I'm not lacking in compassion, and I appreciate people that do work with their hands. So I thought, 'Alright we'll give him a break, but the deception was just to much,'" Tepin said.

Despite RiverGrain stating it closed shop in February on its Facebook business page, Tepin said a friend of his had recently managed to set up an appointment. Numerous Yelp reviews echo the same headaches as Tepin and Kohnke.

So Tepin reached out to the FOX 17 Problem Solvers, and we called Ian Kelley on the spot.

Kelley said he'd settle with everyone.

"It's not like we're looking to cheat anybody or to do anybody wrong," he said.

When asked, Kelley didn't want to set a date on repaying customers.

While he wants RiverGrain to succeed, Tepin said, "I just don't want more people to be taken in by him."

Kohnke said of Kelley, "Get your priorities straight. Get things in line. Be honest. Be upfront."