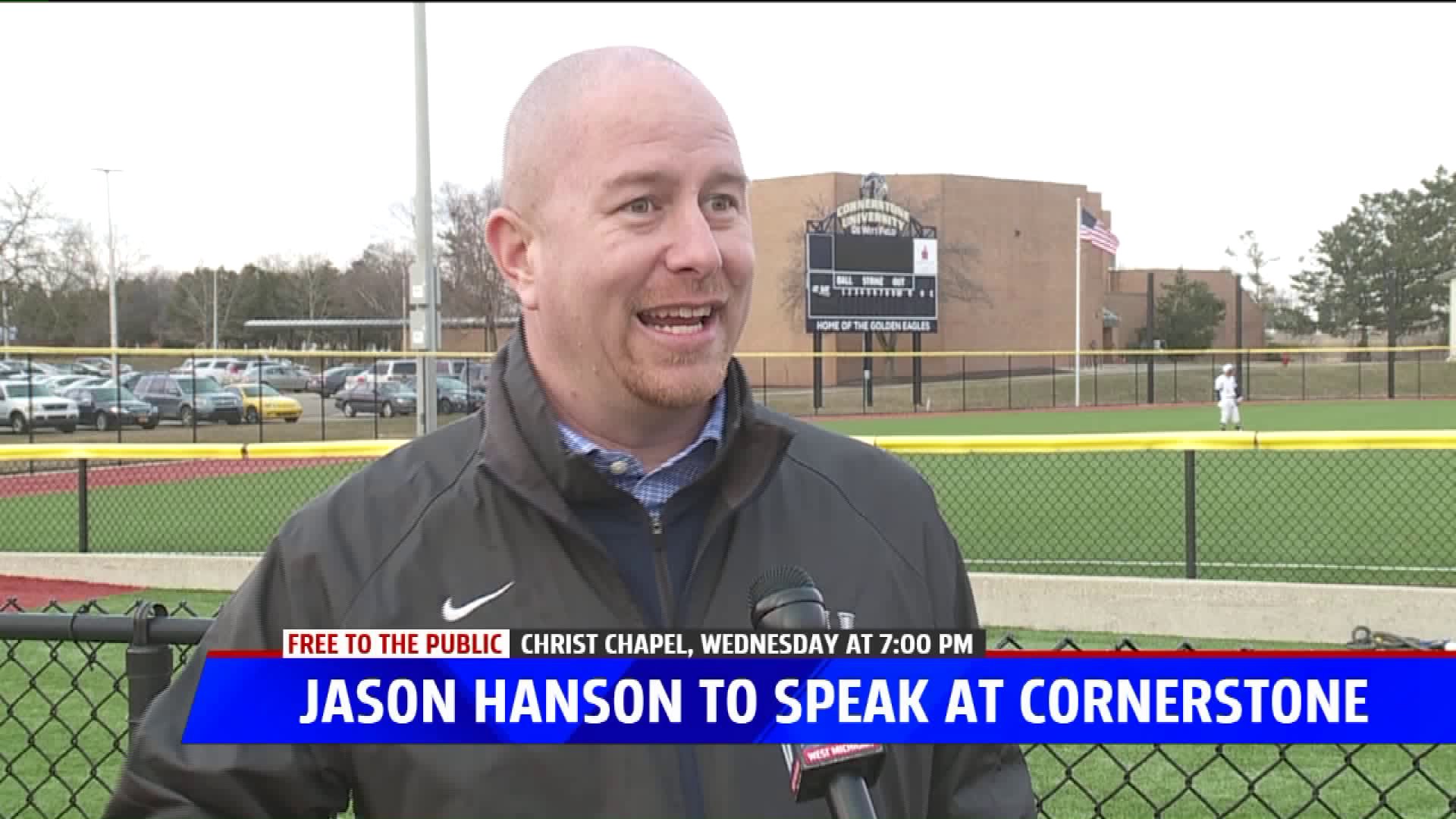 GRAND RAPIDS, Mich -- Jason Hanson remains the Detroit Lions all-time leading scorer and on Wednesday, he'll be right here in West Michigan on the campus of Cornerstone University. The Golden Eagles are hosting 'Jason Hanson Day' where he will speak in three different sessions, the first to Cornerstone student-athletes, the second to coaches and captains and the third to the public. The evening session will begin Wednesday at 7:00 PM and is free and open to the public, no tickets needed.

"His faith is driven into everything he's done," Cornerstone Director of Athletics, Aaron Sagraves said, "from a family perspective then having the career he had, one of the top scorers in NFL history."

The biggest beneficiary is not only Cornerstone student-athletes but athletes from other high schools and colleges around the area as well.

"I think what he can do for the student athletes is build on the 'and culture' that we talked about when I was first hired of how faith should be the number one priority, academics should be number too and athletics should be important as well. I think he's going to talk about what really matters when you're playing sports and just living life."