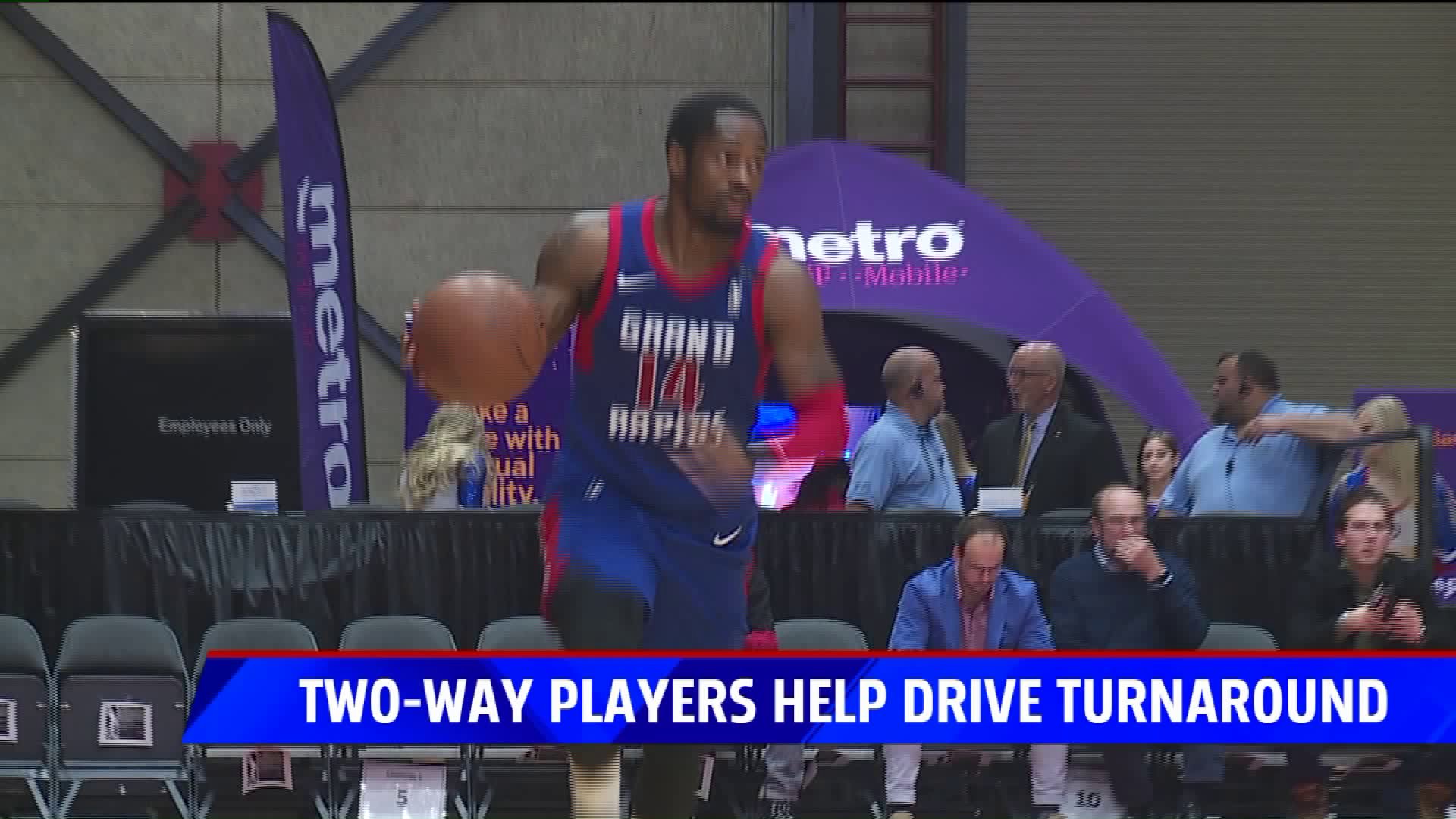 Kalin Lucas, Isaiah Whitehead have helped Grand Rapids get back to the playoffs

GRAND RAPIDS, Mich. -- The Grand Rapids Drive are getting set for their first round playoff game at the Raptors 905 on Tuesday night.

The Drive lost to Raptors 905 in the first round last season, but this year Grand Rapids hits the playoffs winning 15 of its last 17 games.

A larger reason for the team's solid play lately is the signing of two-way player Kalin Lucas and Isaiah Whitehead back in mid-January.

"Those guys have been huge," head coach Ryan Krueger said.  "Their talent is through the roof, and they are able to make plays at both ends of the court. Isaiah has been a dominant defender on top of both those guys' offensive prowess."

The Drive were just 11-14 in the first half of the season, but the club is 17-8 since Lucas and Whitehead were signed.

"We just came in and did what we do, being aggressive, just finding open teammates," Whitehead said. "I think we really did a great job on the defensive end, just started being that defensive anchor for the team, starting the game off the way we do."

While Whitehead has got it done on defense, Lucas has made a difference on offense, averaging more than 31 points per game in the last six games of the regular season.

"I just feel I've been just trying to take what the defense give me and be aggressive," Lucas said. "This team needs me to score, they need me to make plays, so that's my job."

The winner in the Drive-Raptors 905 matchup will head to Long Island to play the Eastern Conference's top-seeded Nets on Friday.