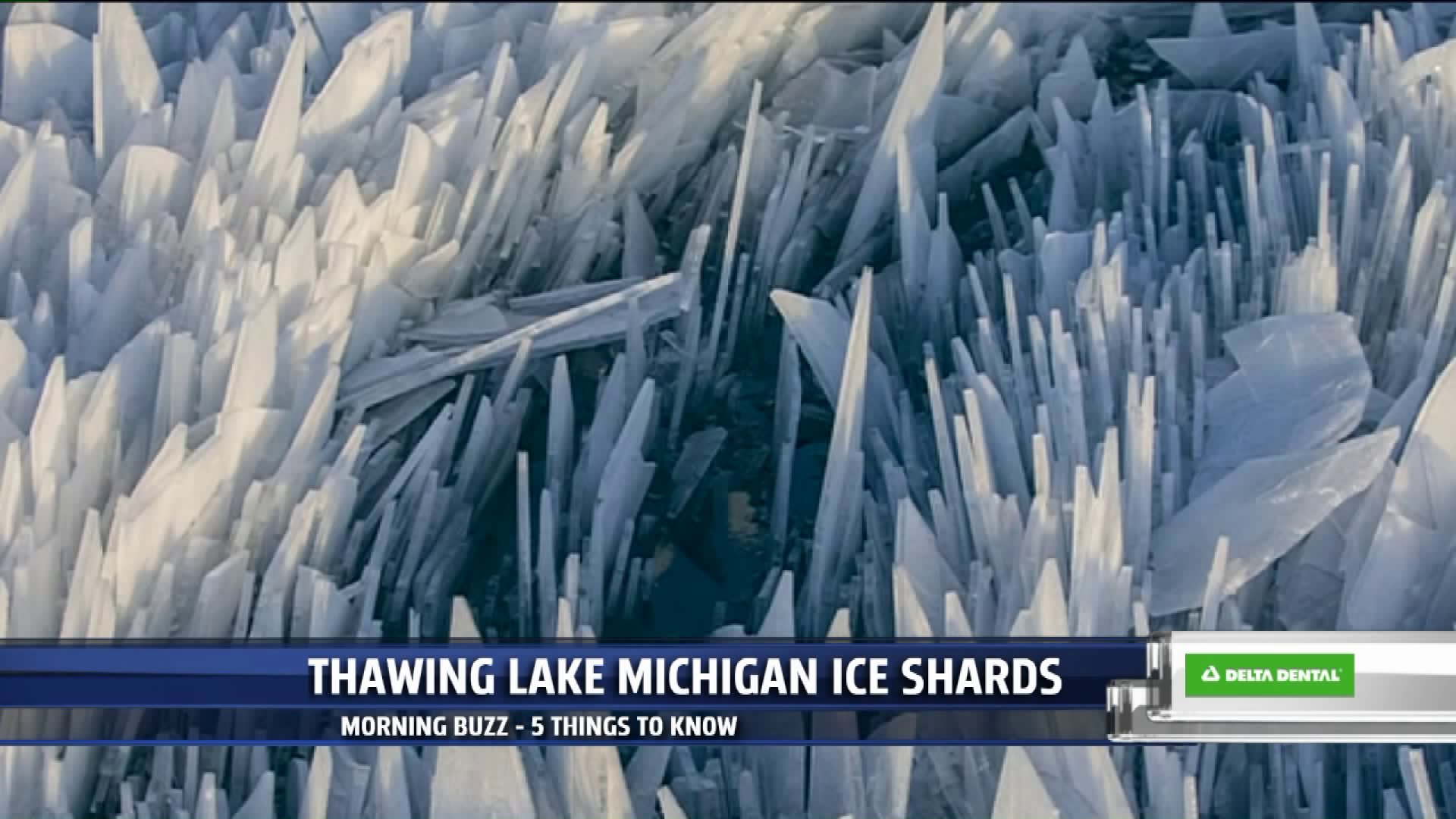 1. Being hungry or hard up for food is something some of us have never experienced, but way too many kids to here in West Michigan.

1 in 5 kids are affected by hunger, and Kids' Food Basket has a lot of events going on today to raise awareness for Go Orange Day.

First up, head to the deck on the JW Marriott in Grand Rapids. The event goes from 5 to 8 p.m. and everyone is encouraged to wear orange. There will be music, cocktails and a chance to see the Blue Bridge lit up orange.

Along the Lakeshore in Muskegon, there is also a fundraiser tonight. Hearthstone Bistro on Glade Street will be donating 10 percent of its sales from 11 a.m. to 3 p.m.

New Holland Brewing Company on 8th Street in Holland is encouraging everyone to wear orange and bring a friend. Kids will also get an orange slice and paper bag to decorate.

The restaurant, located on 28th Street in Kentwood, will open its doors on April 8. To celebrate their Grand Opening, they're giving back to the community.

On opening day, City Barbeque will donate 10 percent of their sales to Kids' Food Basket.

Plus there'll be a grand opening celebration on April 13, where they'll be accepting non-perishable food donations for the non-profit's sack supper program.

For updates on these events, follow City Barbeque on social media.

3. Don't stress over the dress! The Cinderella Project in Kalamazoo is welcoming girls to browse up to 2,000 prom dresses, and take them home for free!

All that's required is for the girls to have a valid student ID or proof of enrollment.

Organizers say everyone has the right to have a special night.

The event runs from 3 to 7 p.m. at the Girl Scouts Heart of Michigan on West Maple Street.

He's bringing his "Still Not Dead Yet" world tour to Little Caesars Arena on Tuesday, October 1. The last time he played solo in Michigan was in 2004 at Van Andel Arena.

Collin has sold more than 100 million albums over his career. As a solo artist, he's earned seven number one hits and 14 Top 10 hits.

5. Lake Michigan has begun to thaw, creating a majestic sight.

Watch the video above to see photos taken along the shores in South Haven showing formations of ice shards.

Over half of Lake Michigan has been covered in ice this winter, but rising temperatures are causing the water below the ice to push the shards out.

While the ice may be beautiful to look at, the U.S. Coast Guard is advising people to remain a safe distance away.