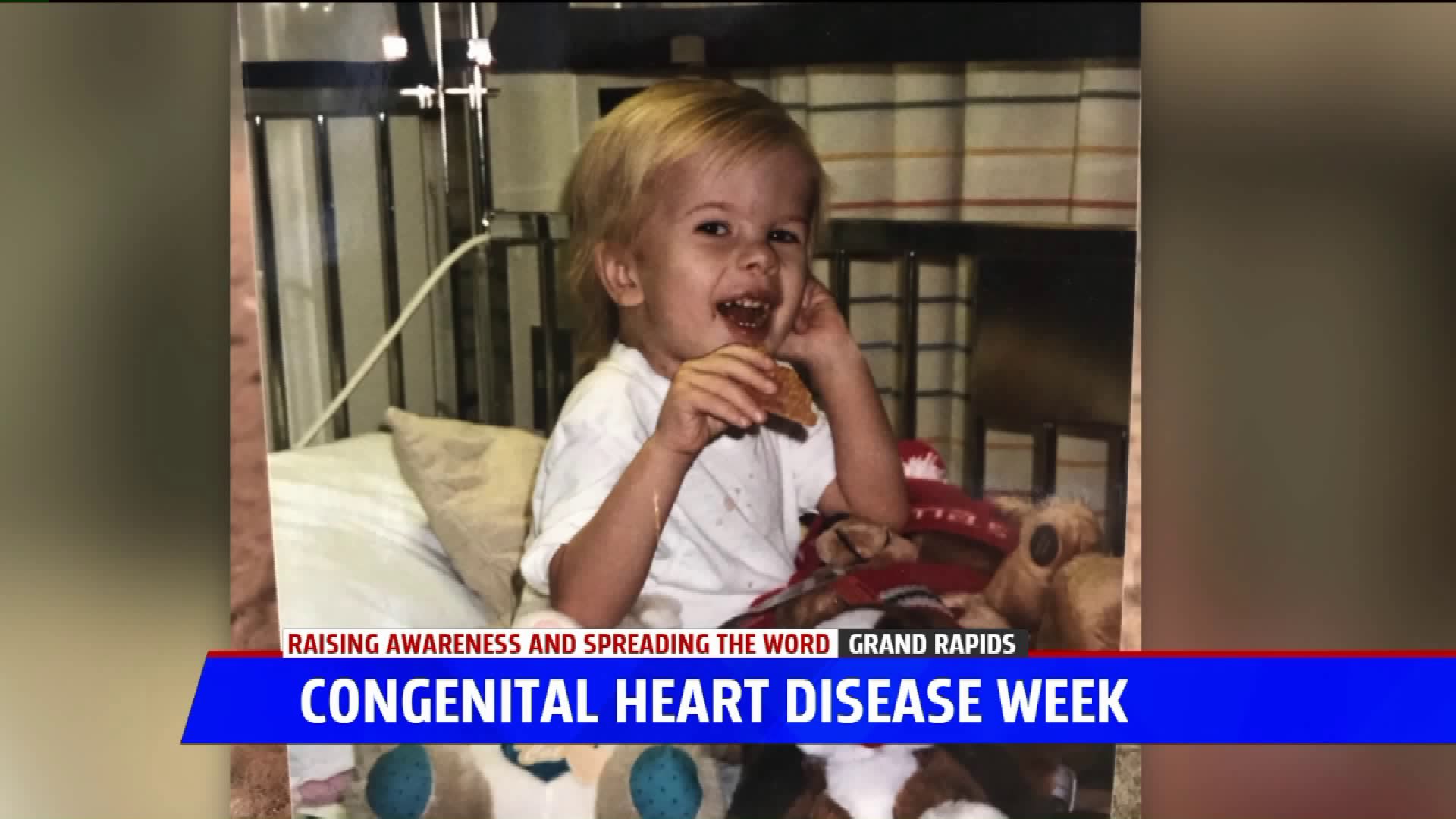 KENTWOOD, Mich. — Valentine's Day is a romantic day for many, but it also falls at the end of congenital heart disease awareness week.

About 1 percent of babies are born with a congenital heart defect and often, the reason why is unknown.

Joey Williamson was one of those babies.

A quick glance in Williamson’s apartment shows he’s a lover of sports and professional wrestling, but what you wouldn't know is doctors only thought he'd live a few days at most.

"My mom’s normal doctor did kind of suggest that she possibly might have an abortion due to the fact that they thought I was only going to live maybe a week at best,” said Williamson.

That was 34 years ago. Williamson has spent his life dealing with pulmonary atresia and a ventricular septal defect.

"Basically, my heart wasn’t normal," said Williamson. "The way it’s always been described to me is that the valves were out of place and partial valve was missing and obviously without proper valve function, you’re not going to live a long life.”

Williamson spent most of his early years in and out of hospitals.

"Those first five years were probably the toughest," said Williamson.

Since then, he’s had three open heart surgeries as well as numerous others to address additional health issues. His most recent surgery was five years ago, which will hopefully be the last until he’s in his 50's or 60's.

Now, he runs his own sports and professional wrestling blog. It's his way of enjoying his favorite activities he was never allowed to do. Every day. he hopes his story will inspire others like himself and raise awareness for how congenital heart defects can change a person’s life.

"I use it as a tool to inspire other people," said Williamson. "The one message I can tell people is don’t let the physical limitations stop you from pursuing your dreams.”

Williamson says he’s lucky he doesn’t have to take medications every day for his heart defect, but he does have to use a sleep apnea machine and has to see a cardiologist once a year for checkups.