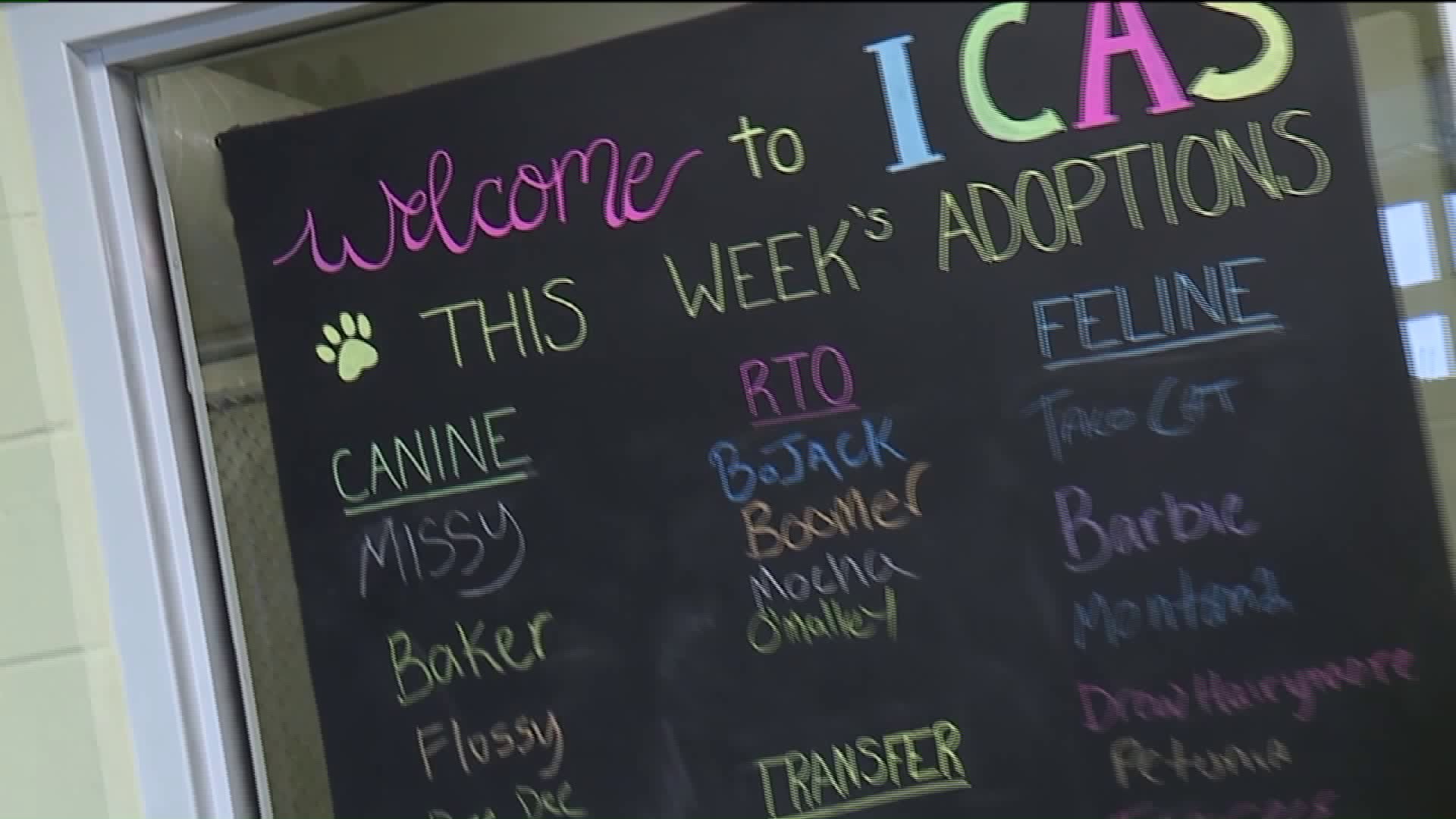 This seven-year-old Staffordshire Terrier mix has been living at the Ionia County Animal Shelter.

He's a loving pup, according to the Kennel Attendant at the Ionia Shelter, Sammie Vincent. He's had to be.

"We’ve had Capone for about 2 or 3 months now. We didn’t expect it to take this long to find someone that would open up their hearts to him," shares Vincent.

From the wire holes in his shelter kennel, Capone has watched one by one, as all the other dogs at the shelter found a home.

At one point Vincent says it seemed like Capone had found one too.  "He liked everyone he met, got adopted pretty quickly when he came in the first time, and then he was in a home for a year and when he came back, he was just a different dog."

Abandoned, and alone, Capone stopped smiling for awhile. He was back at the shelter, and this time, in a room usually full of barks and scuffles, Capone was the only one left.

"He knew what was happening. He wasn’t happy to be back," says Vincent.

"It was sad coming in and everyday his food bowl was still full. He didn’t want to eat the food anymore."

So shelter workers flooded Facebook with pictures of his friendly face.

Vincent reflects, "We kept getting people saying, ‘Oh, we’ll be in to adopt him,’ and we’d get our hopes up. We’d bring him up and like tell him, ‘You’re gonna go home,’ and then they would never show, and it was just heartbreaking."

Then, one day, the right people saw Capone's picture - Ashlee Long and her husband John.

"Well, my husband showed him to me on the Facebook post that they posted, and I just like fell in love with his face right then. I like, didn’t know how he was the only dog left," says Ashlee.

After multiple rejections, Capone had grown timid with strangers, but something about Ashlee and John was different.

Ashlee reflects, "When they brought him out, you could just tell like he was ready. He just came up to us. We both just kinda knelt down with our hands out for him, and he just came right up to us and started snuggling, wagging his tail, we just knew we had to take him."

The last dog at the shelter had found his home, and if you're wondering how Capone is doing now? Take a look for yourself -

If you think that you'd like to adopt a dog or cat with the Ionia County Animal Shelter check out their facebook page or come in to meet your potential new family member in person.