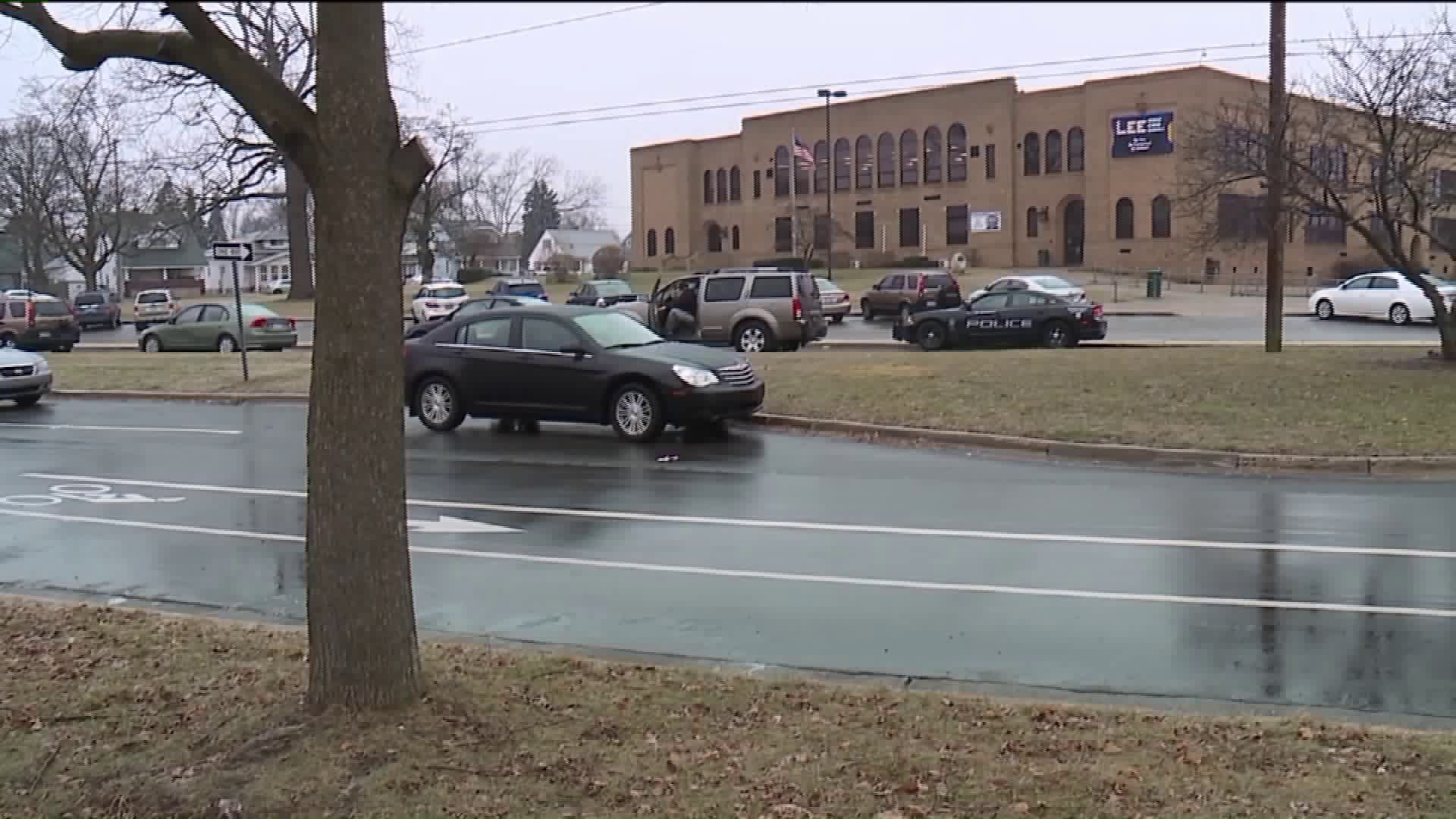 WYOMING, Mich. - A student walking to Lee High School Tuesday morning was robbed at gunpoint, according to Wyoming Police.

The robbery happened at about 7:25 a.m. in the area of Martindale Avenue and Lee Street SW in Wyoming. Police say the student was robbed as he was walking to school.

Captain James Maguffie said, "He was walking alone and listening to some music through his earbuds when a white male in his 20s approached him, held a gun to him and ordered him to empty his pockets."

Neighbor Jesus Talamantez said he heard yelling but thought it was one student getting another student's attention. It wasn't until he watched the news that he said he put two and two together.

"It's a scary thing but now that this happened you can guarantee I'll be keeping an eye out on things. I'll be a nosy neighbor," Talamantez said.

Police increased their presence at the Godfrey-Lee schools this morning as a result of the robbery.

The victim told police the suspect was a white man in his early 20s. He was last seen running south on Martindale towards Burton Street. Anyone with information should call Silent Observer at 616-774-2345.